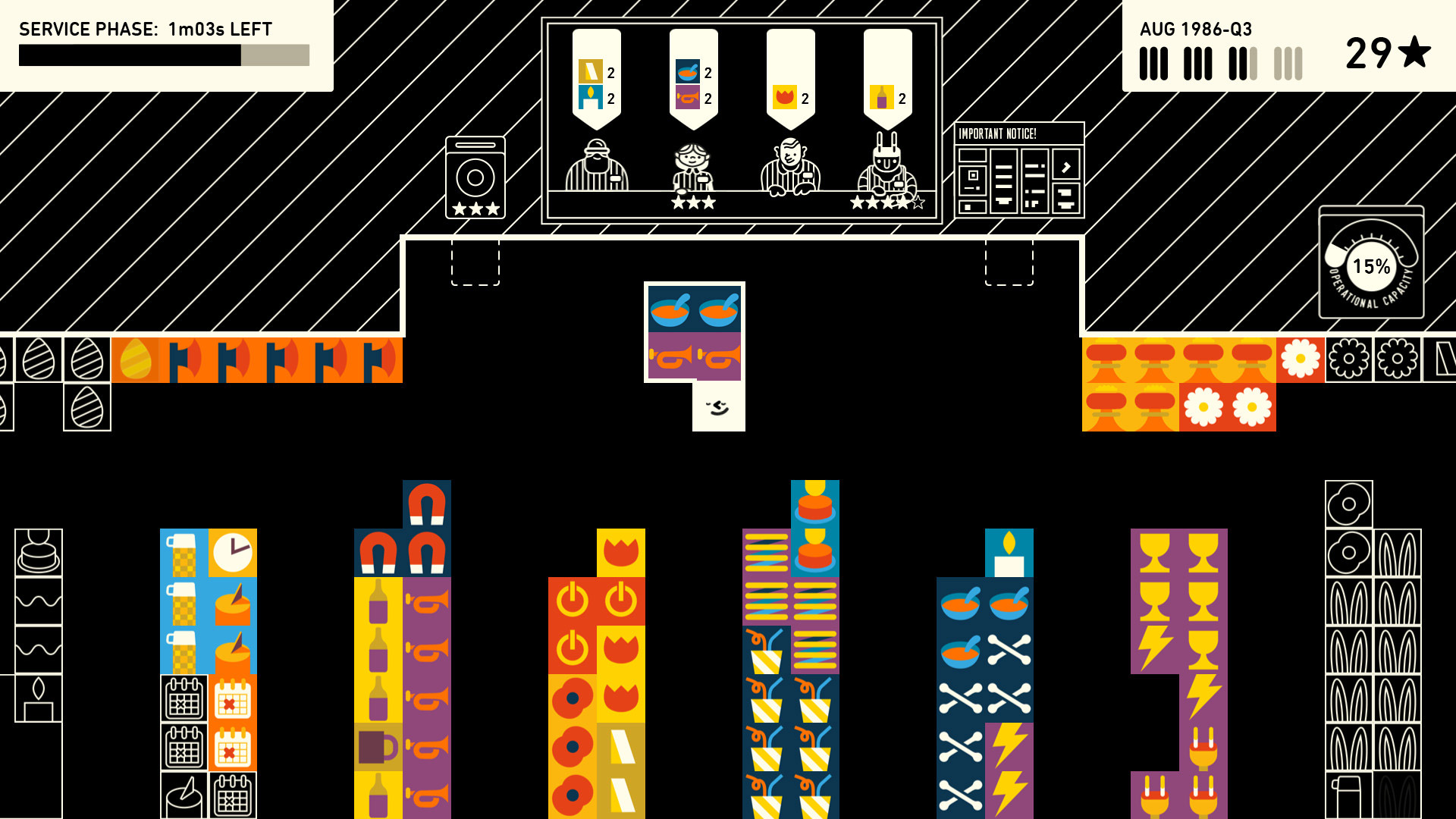 Those little bowls of soup spark joy in me

Note to self (and anyone else who finds a strange sort of relaxation in video game item management): don’t forget to play Wilmot’s Warehouse when you’re not buried under prior commitments. It’s a charming game about sorting and delivering a range of vague products inside a sprawling warehouse.

I first learned about Wilmot’s Warehouse on the brilliant (and far-too-occasional) YouTube show Cool Ghosts, which really captured the heart of the game and illustrated that there’s much more to it than first impressions would seem to imply. You aren’t just mindlessly shifting around doo-dads and whatchamacallits – you’re classifying and recontextualizing your groupings on a regular basis.

There’s also two-player local co-op, though the prospect of trying to communicate my innermost organizational habits with another human while we’re on the clock stresses me out to no end.

Now’s not the right time for me to play this, but I must get to it sometime this year. Wilmot’s Warehouse is available as of last week on PC, Mac, and Nintendo Switch. I don’t want it to fly under the radar.