DMZ‘s success might be marking the end of an era

Anyone who was within a hundred-mile radius of the video game industry from 2018-2020 was no stranger to battle royale modes. Suddenly titles like Fortnite and PUBG were some of the biggest games in the world, and it seemed like every franchise wanted a piece of the pie. We had Call of Duty enter the mix with Warzone, the character-focused Apex Legends, and we even got a battle royale mode for Tetris. Tetris!

It feels like we’re finally growing tired of the mode these days (or at the very least, the release of new battle royale-themed modes have slowed down significantly), and it leaves me wondering, which hot new mode will take over as the trendsetting game type?

After seeing the success of Call of Duty‘s new DMZ mode, well, that’s where I’d put my money. It’s only been out for a few weeks, but players have been pretty vocal about how much they enjoy DMZ‘s twist on a Warzone-like game mode. While the mode was released alongside the refreshed release of the battle royale mode, now called Warzone 2.0, it seems to me that DMZ is threatening to overshadow its well-loved predecessor.

DMZ, which stands for “demilitarized zone,” drops players into a large, open map with the goal of reaching exfil points to successfully extract from the game, hopefully with all of the loot they managed to accrue in tow. The map has points of interest and optional objectives that players can complete, as well as both AI and player enemies to contend with. Activision is calling it an “open-world, narrative-focused extraction mode.” I’ve yet to see the narrative element reveal itself, although these days people often throw the word around in places where I don’t think it’s warranted. So I guess we’ll see. 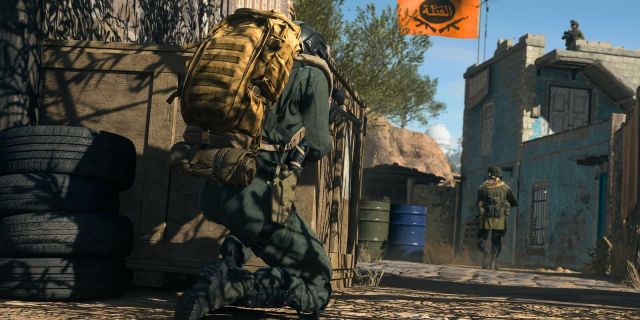 It all started in Tarkov

Unless there’s some other secret extraction-centered game out there that I don’t know about, it appears that the still-supported 2017 title Escape from Tarkov pioneered the combination open world/scripted mode that we see today. The game is described as “realistic” and “hardcore,” with minimal UI and brutal encounters. While I’ve not played Tarkov myself, the sense I get is that it was a niche, unforgiving type of game that players really had to dig into to enjoy (along the lines of something like Rust), the core mechanics of which Call of Duty modified to make their own version more mainstream-friendly.

As I was reading more about Tarkov to learn a bit more about where this new game type came from, a few quotes really stuck out to me. In 2020, PC Gamer’s Steven Messner called it “a daunting and savage evolution of battle royale” and “a new vein of potential for online shooters.” Messner was ahead of the curve, methinks, because after seeing how fans have taken to Call of Duty‘s take on an extraction mode, I get the feeling it’ll be the new wave that sweeps over the online multiplayer genre.

Everyone wants a free-to-play mode, because let’s face it: they make a buttload of money. With the battle royale craze now settling to a simmer, anyone who’s going to want to play one will stick to the big-name titles that have established staying power, like Fortnite, Warzone, and Apex Legends. Trends are trends, whether they’re in fashion, cinema, or slang, and anything that becomes popular is bound to grow tiresome and overplayed eventually. That doesn’t mean battle royale should or will go away forever, but the hype machine of the public eye will inevitably move on to newer, shinier toys. 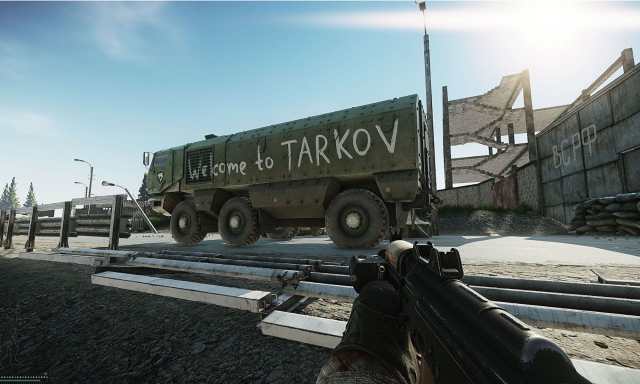 BR’s reign may be coming to an end

If a new IP were looking to break into the multiplayer space, however, or at least add a new game mode to draw in new players, all they’d have to do is put their own spin on extraction and voila, they’re riding the trends yet again. I was never much of a battle royale person myself, but I do remember wondering back in 2018 as I stared down the giant Battle Bus on top of the Fortnite booth at E3 what the next game type would be to take over the industry with the same ferocity — and whether I would be pulled along with the current when it finally came along.

Escape from Tarkov actually released in closed beta in 2017, the exact same year as PUBG and Fortnite‘s battle royale mode. It may have been eclipsed by the all-powerful BR mode, but it’s only a matter of time before everyone and their mother is releasing an extraction game type. I’m looking forward to seeing how other releases will continue to iterate on the genre’s tentpole mechanics, and whether DMZ will be able to hold onto the extraction mode throne.