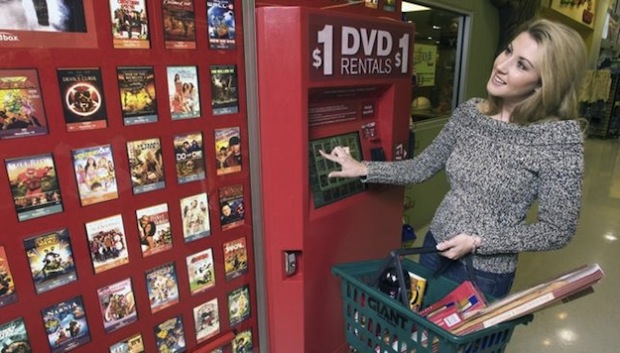 The Redbox kiosk closest to my house always has a line formed in front of it. Every time I see it I wish I would have thought up the idea of rental vending machines.

As soon as the movie kiosks were released I knew that games rental would also be a huge opportunity for this format. It seems to be going well so far, according to Redbox videogame VP Joel Resnik. He says that there’s now 27,000 kiosks and that they’ve just hit 4 million rentals. Get this: 67 percent of America is within a five minute drive of a Redbox kiosk.

What are people renting? Wii games!

“[The Wii] has the highest install base, and our consumer is a casual gamer, and they’ve responded very well,” says Resnik.

Beyond Wii games Resnik says that their best rental performers are the mid-ranged sellers. I’m assuming that people go out and buy the blockbusters and use Redbox to try the rest.

Have you used Redbox for games? If so, what did you rent last?