The truth of the matter

There is a question every journalist must ask before posting a piece of news: Who does this hurt, and who does this help? We don’t often ask that question, however, because we aren’t game journalists — we’re game reporters, who selectively collect and share gaming news that interests us and that we think will interest readers.

Last week, an anonymous news fairy on a mission to prove the illegitimacy of game blogs started up a false rumor, detailing the specs and name of Microsoft’s next console. Conning a whopping seven sites (and “many more”), according to his follow-up analysis, it’s become clear that his mission has been a staggering waste of time for all involved. But, it has opened discussion at our outlet, in comments, and on Twitter about the nature of rumors and why we run them.

So, let’s pretend we are Honest-to-Goodness journalists™: Who does this information hurt and who does it help? 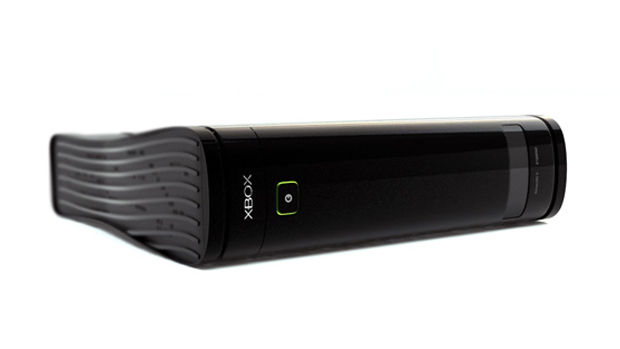 During my days at a university paper, I was assigned a story about a local, long-standing pizza parlor shutting down near my campus. This wasn’t a pizza joint; it was THE pizza joint. Thus, it was prime material for Thursday’s paper.

Grabbing what may very well be my last slice from the establishment, I sat down with the owner to ask him why the hell would he do this to us (deprive us of delicious pizza) and if he knew that he is no different than a soulless, merciless Nazi — I didn’t actually say these things, but I did try my best at guilting him into staying. That’s when he unveiled to me that he had a very serious illness and he can’t pay the bills after caring for his parents’ own maladies. Oh, the tragedy! The warm, amiable pizza shop owner that made the students feel like family can now not care for his own family and well-being. It was too good of a story not to write …

But, I didn’t write it. He didn’t want anyone to know. He didn’t want to hurt his community, friends, or family with this information. So, I gave up what would be a front page article (meant a lot in those days) for some wimpy looking photo with a caption: “Pizza owner closes business, he considers opening a new one away from campus, in the future.” Seeing my piece in the paper the next day only nailed into me the fact I missed out on a big story, confused whether I did the right thing or not. On the way to the newspaper office, I saw something across the street at the (defunct) pizza parlor. There was a slip of paper attached to the window, but it was too dense with text to be a regular closed-sign. It was my article. My wimpy article. But, it suddenly wasn’t so wimpy. The owner proudly displayed it, knowing his customers will understand even if they don’t know the full truth. It became clear in that moment that the information I have as a reporter can help the public or hurt the public and I should always aim for the greatest good.

Pizza guy with terminal illness. Xbox rumor. Not the same thing, I know. But the same basic principle applies when handling rumors: Who does it really hurt? Well, it hurts our credibility as a publication and as individuals. Remember that kid in 6th grade English who told you his uncle works for Nintendo and has the scoop on the new Mario game? You sheepishly believe him the first time, but damn him when he offers any subsequent rumors, playing you for the fool. No outlet wants to be that kid, which is why most of us don’t run too-good-to-be-true rumors that arrive in our inbox, unless A) the individual has a great track record (look no further than Superannuation for that) and B) the supplied evidence is believable, even without our clouded enthusiasm.

Rumors are fun. Didn’t you grow up on GamePro and EGM? I did. I loved the rumor mill sections that proudly laid-out every single possible overheard rumor along with the author’s feelings on their validity. In this context, rumors were displayed in their proper scale: small text on big pages in a large magazine. Today, rumors share the same allotted space as legit news due to the format of most websites. The presence of rumors is heightened, putting outlets in an uncomfortable position of having to stand behind rumors or cowardly associate blame elsewhere (“Uh, well Game Finger ran it first.”)

When a site gets it right, press reps call the writer a jerk. When they get it wrong, readers call them page-view monsters. 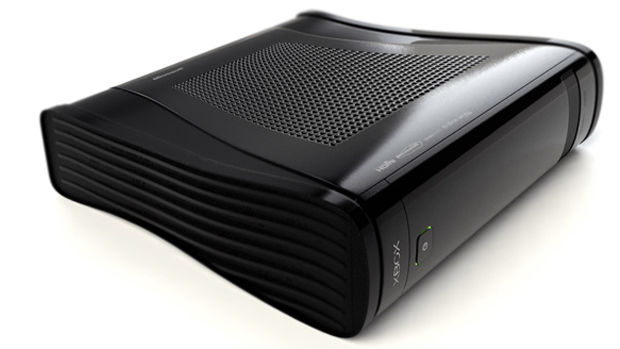 Do you not want to be entertained? Rumors are the news equivalent of the loud cooling fan in my PC: Their presence is annoying but necessary to keep this entertainment going.

The game industry, like every entertainment industry before it, is a tightly bundled package of investor paranoia and artistic ambition. It’s a curled over hamster, so nervous with energy that it shits all over the cage if you lay a finger on it. It shits our rumors. These rumors turn out to be true 90% of the time. Remember how outlandish the idea of a PlayStation-based Super Smash Bros. fighting game was a year ago? And how no one believed it because some small, obscure blog spilled the beans? Even when rumors don’t turn out to be exactly true, there is often a string of truth to them. Unless they are fabricated from some bedroom in order to teach a very important lesson.

You are like me, are you not? Are you not an entertainment junkie, stealing money from little kids cowering behind the bleachers so you can shoot up more proverbial game news into the veins of your now very sad looking (proverbial, I hope) penis? NEW CALL OF DUTY? YEEESSH! NEW GOD OF WAR!? WHAT!!! WHAT THE FUUUU — OH SHIT! OH SHIT! NEW PERSONA? NEW PERSONAAAAAAAAA UUUUUUUHHH OOOOOHHHHHHHHHHHHHHHHH I AM INVINCIBLE YEEEEESS!!! — okay, hopefully your reliance on gaming news isn’t that extreme, but the point is that we like rumors because we like to get excited about new things. Preferably true things, but only time can tell us that.

So, if we draw the line in the sand right now and say, “No more rumors” we’d be running a much more boring site for it. For what? Who are we helping? Ourselves (viz. our credibility)? But, new console and sequel rumors is what people come to us for night and day. It’s what we are drawn to as reporters but even more as game fans. It’s a large part of why we exist and do what we do — to collect and share what we are excited about.

So, if we didn’t run this Xbox hoax (which we didn’t), various message boards would post it instead (which many did). Reporters in this business like to think they are a step above message boards — after all, does xSephirothx1994 get to eat steamed brisket on Disney’s dime or travel to Italy on Capcom’s — so not posting a rumor that turns out to be false is as great of an accomplishment as picking-up a Goddamned phone to ask a developer some Goddamned questions that would result in some Goddamned actual Honest-to-Goodness journalisms™.

And if you think “this is a hoax that other sites ran but we didn’t so go us!” is a proper news post, there is no hope for you and your site. 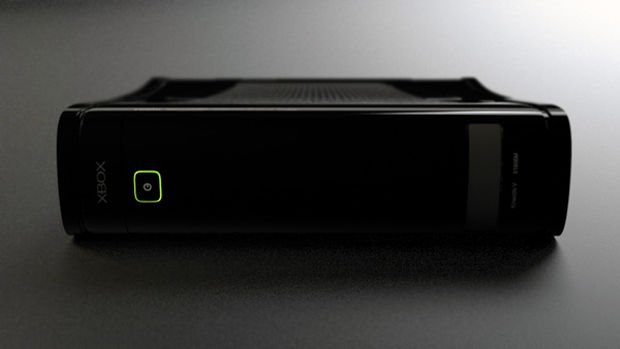 I wish it were only as simple as printing out a rumor, rolling up the paper, and sticking it in the bum of one of Dale’s magical, soothsaying corgis; but he won’t let us do that, unfortunately. So, we have to use our common sense and internal intel to decide what rumor is worth reporting.

Maybe we can define what a bad rumor is once we, as a collective reporting profession, are past running old Konami press releases that are accidentally redistributed months later. If you are a bored, passive aggressive blogger, you won’t get greater proof-cum-ammo that some outlets thoughtlessly recycle PR emails than that.

What did this Joe Anon prove to the very small world that encompasses game reporting? Let’s take a look back at his Tumblr post.

I, like most other gamers, am sick of seeing endless rumours and speculation citing “anonymous sources” or “insiders” with no evidence, no proof, no guarantee that they’ve been fact-checked or can be relied on.

If you are not also laughing, then this is the time to open up your dictionary and look up “rumor”. You should now realize, if you had not already, that “fact-checking” a rumor in an attempt to dredge up a “guarantee” is an oxymoron. A rumor is based on non-verifiable information that — SURPRISE SURPRISE — the mentioned party (Microsoft) will not verify for you — “Oooooh, the new Xbox we are working on? Haha, yeah. I’ll tell you all about that now that some anonymous employee wrote five half-assed paragraphs on it. Great. Great. Hold on a second let me get Steve Ballmer on the line and … :loud fart:”

If not having solid, verifiable information bothers you, it should. It bothers us too, as reporters that want to find true stories and report them. That can’t always be the case. Sometimes we know truths that we can’t report on. Sometimes we have to take someone’s word on something and sometimes we get burned in doing so. It’s up to all of us to judge what is worth buying into. We all have our own threshold and that’s okay (for the sake of my conscious, I can’t read a 8,000+ word feature with no named sources.)

The games industry is the only one I can think of that will quite happily publish guesswork as news.

Knowing that this individual can think but only to a limited degree, it’s no surprise that he can’t summon up stories about football rumors, alleged deaths, or even point a finger at the music industry that makes a mockery of itself by posting “No, really Dr. Dre and Kevin Shields are going to make a new album. We just know it!” three times a year for what feels like three decades now.

By tagging a post with ‘rumour’, most writers/editors believe they can get away with spreading false information for their own benefits. They are the only ones to gain from such practices, whilst the gaming fans end up with speculation and, sometimes, outright lies.

Let me dispel an image you may have of me: that of me and my co-workers in a hamster wheel with electric cables, attached by our publisher Niero, that go from our bungholes to the splendiferous pizza ads that power our site. Consider it dispelled, because we’d go crazy, eating our own intestines and such, if we posted news solely for the hits. Instead, we collect and share the news that excites us AND that we believe to be true. Occasionally, hoping to be true is good enough. Call it a racket, but at least recognize it’s a racket run on a collective passion.

Our ceaseless news cycle (growing ever stronger through some exciting internal changes and the drinking of Jordan Devore’s blood) is one that serves to help dump as much exciting game-related news possible. Rumors permitted. An anonymous source stepping in to waste the hours away cooking up false rumors doesn’t change that. It doesn’t prove anything. It doesn’t even hurt us. It doesn’t help anyone either.

Be right back, I have some rumors to fact check.