[Editor’s note: We’re not just a (rad) news site — we also publish opinions/editorials from our community & employees like this one, though be aware that they may not jibe with the opinions of Destructoid as a whole, or how our moms raised us. Want to post your own article in response? Publish it now on our community blogs.

And whether or not you agree with this article, keep an eye out tomorrow for a counterpoint from my colleague Josh Tolentino.]

A week and a half ago, Sony officially unveiled its next handheld gaming device, which is currently codenamed “Next Generation Portable” (NGP). That might be one of the least creative monikers of all time, but it’s ostensibly appropriate — at least from a hardware perspective. The NGP sounds like a beast of a handheld, packing two quad-core processors (CPU, GPU); a bevy of wireless radios (3G in at least one model, Wi-Fi, GPS, and Bluetooth); an OLED touchscreen and a rear touchpad; front- and rear-facing cameras; and six-axis motion-sensing capabilities.

But is Sony misinterpreting the handheld market by betting, as usual, on technological superiority? 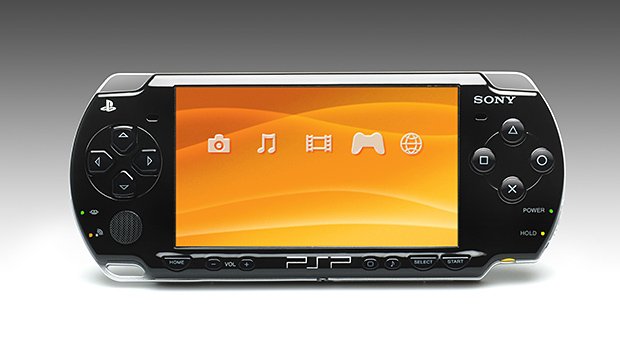 As a company, Sony is adept at building sleek devices laden with bleeding-edge technology. But they have proven themselves less skilled at selling the mass market on those high-tech gadgets, especially in the gaming space since the last console generation. Of course, those issues are related: filling gaming devices with the latest and greatest tech ensures that they will be prohibitively expensive at launch and for many months thereafter, which, in turn, limits the potential market to technolust-afflicted early adopters. That was how the early years of the original PlayStation Portable and PlayStation 3 played out, which is to be expected when you price your hardware at $249 and $499/$599, respectively.

Nintendo — with both the DS and Wii — provided the right mix of relatively cheap hardware with a gimmick and software with mass-market appeal. It remains to be seen whether the gimmick of glasses-free 3D will be enough to draw customers to the 3DS, especially in light of its $249 price tag and weak software lineup at launch. Still, I see a greater sales potential right now for the 3DS than for the NGP — even at $249, $50 more than the Wii — because the 3DS and Wii offer completely different experiences. Is it possible, even likely, that we’ll see spin-offs of Wii games on the 3DS? Sure, but they’ll still have to be designed specifically for the portable hardware.

On the other hand, Sony is once again producing a high-powered handheld with the ostensible goal of replicating console games as closely as possible. Pack the power of a PS3 in your pocket, Sony whispers in your ear (where “PS2” stood in place of “PS3” at the launch of the PSP). That seems appealing — at least, it appears tremendously impressive from a gosh-how-did-they-do-that standpoint. But upon closer inspection, the enthralling allure of “console-quality” graphics on a portable device gives way to a host of concerns, each more distressing than the last. 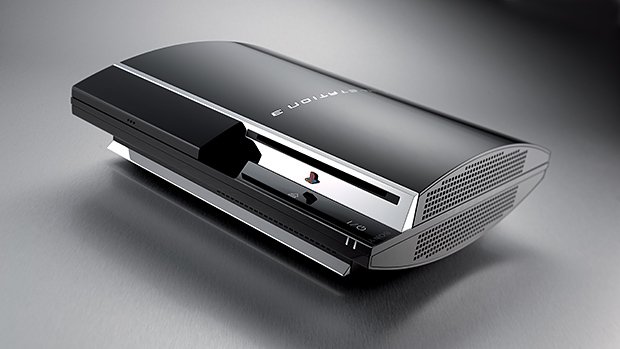 Sony is touting the NGP as a handheld device capable of “console-quality” games. At PlayStation Meeting 2011, a cavalcade of publishers pledged their support for the NGP, trotting out their heavy-hitting console IPs: Uncharted, Lost Planet, Yakuza, Call of Duty. Sony presumably brought those companies on stage in the hopes that their presence would instill confidence in the NGP (since the PSP has always suffered from a lack of third-party support), and would impress the millions of fans of those franchises. Hideo Kojima came out and showed a cutscene from Metal Gear Solid 4 rendered natively on the NGP, running at 20 frames per second, as if to say, “Look at what this baby can do!”

Were you impressed? I wasn’t.

Sorry, but the prospect of console-quality games on a handheld doesn’t really excite me. If I want a console-quality experience, well, I’ll just play a console game, thankyouverymuch. Big-budget console titles are designed to immerse you within their finely crafted environments, and on the PlayStation 3 and Xbox 360, an HDTV and surround sound go a long way toward that end. If I’m playing something like Uncharted or Killzone, I want to be sitting in front of a big-screen TV so I can really be drawn into the world, not hunched over and squinting at a five-inch screen while I’m on the subway. The idea that playing that kind of game on a small screen can resemble the console experience is almost as absurd as thinking you can truly experience a film on your “fucking telephone.” 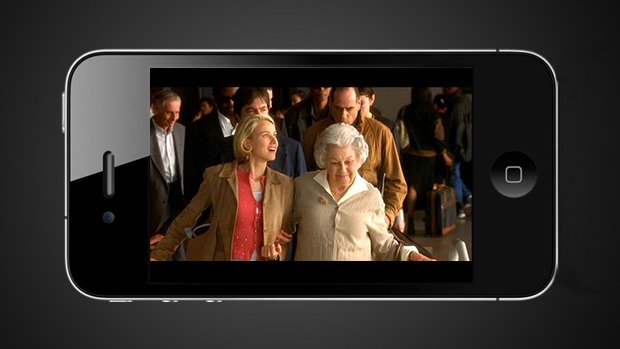 Yet many of the publisher representatives who presented games at the NGP unveiling seemed delighted by the ease with which they were able to produce NGP ports of PS3 engines. I don’t see much appeal in playing a console game that a developer has ported to a portable (because, again, I’d simply prefer to play it on a console, even if the NGP’s second analog stick makes console-to-portable ports more feasible). I’d much rather play games that have been built from the ground up for the NGP.

Consider that the very best Wii games have been exclusives; they were developed with the unique characteristics of the console in mind. The same applies for any gaming system, but it is doubly true for distinctive devices like the 3DS and NGP. I expect to eventually see a handful of great non-ported, NGP-exclusive games like Little Deviants — especially since the hardware offers a diverse array of inputs (e.g., rear touchpad, two cameras) — but Sony’s initial emphasis on reproducing the graphical horsepower of console games is worrisome.

Another argument against console-type experiences on a handheld device is the current state of the handheld gaming market, which has undergone a transformation since the PSP first launched six years ago. That sea change is, of course, the intrusion of smartphones. The future is obviously trending toward convergence — toward a world where we carry around one pocket-size gadget that serves as a mobile phone, music and game player, and Web access device. I think there’s still a place for dedicated portable gaming systems — at least for now — since most of the games currently available on iOS and Android simply aren’t as deep or fulfilling as the experiences that devices such as the DS and PSP offer. 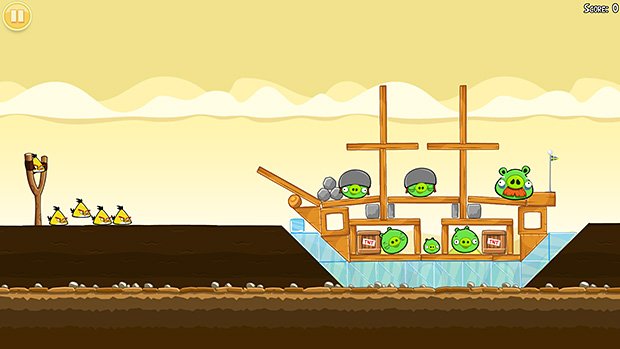 But it seems to me that the market is trending toward convergence on the hardware side, and on the software side toward games that are designed to be played in bite-size chunks. The way in which people play portable games is already changing; more and more, the games that achieve success on the level of phenomena like Angry Birds or Brain Age can be experienced a few stages or puzzles at a time — five minutes while standing in line at Chipotle, ten minutes while waiting for the bus.

What was the last console game you played in that manner? I don’t know about you, but I completed Uncharted 2 in a few multiple-hour sittings. Those games just aren’t meant to be enjoyed like that, and if they’re going to work on the NGP, their developers will have to rework them completely. But if you ask me, it’s a moot point. I think that smartphone gaming will eventually grow to encompass the kinds of extensive portable experiences that currently exist only on the DS and PSP, in addition to today’s slate of mostly pithy games, which will pave the way for next-generation smartphones to make dedicated mobile gaming devices obsolete as the consumer desire for convergence skyrockets.

The early-adopter types who are considering an NGP purchase probably already own smartphones, which are fairly expensive devices that are the current pinnacle of portable convergence. Whatever Sony ends up charging for the NGP — and let’s face it, with all that wizardry under the hood, it’ll be a surprise if it comes in at less than $349 — will you be willing to pay the price for something that is, at best, a (large) secondary portable device that you have to lug around in addition to your smartphone? Especially when many of the games aren’t meant to be played on the go? 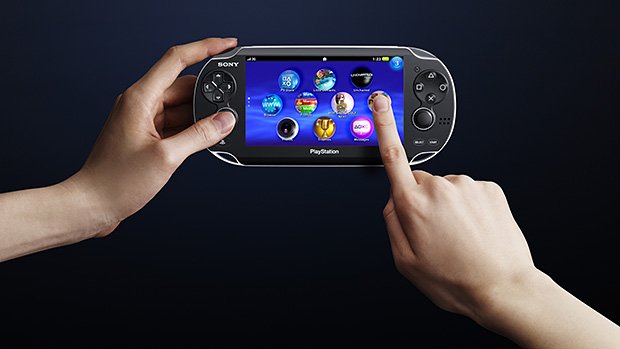 Sony is a hardware company first and foremost, and the NGP looks to be a beautifully designed handheld. The PSP was also a good-looking device — and at the time, it contained all the bells and whistles a technophile could have wanted — but it was hamstrung by its software: as if its game library weren’t enough of an issue, its endless stream of firmware updates frustrated users. On that note, Sony’s announcement of PlayStation Suite seems like a sensible contingency plan if the NGP doesn’t work out. I don’t expect the NGP to succeed, because it’s apparent that Sony hasn’t learned a vital lesson from the tough competition that the PSP and PS3 faced: a device may tick off every box on a gadget hound’s wish list, but that alone doesn’t make it future-proof.

“NGP” may only be a codename at this point, but there’s really no more accurate name for the system than “PSP2.” It is very much a successor to the PSP, which boasted of being able to reproduce the console experience on portable hardware. The NGP is an evolution of the PSP — Sony clearly believes that doubling down on raw power is the way to go. They might as well come out and say it.