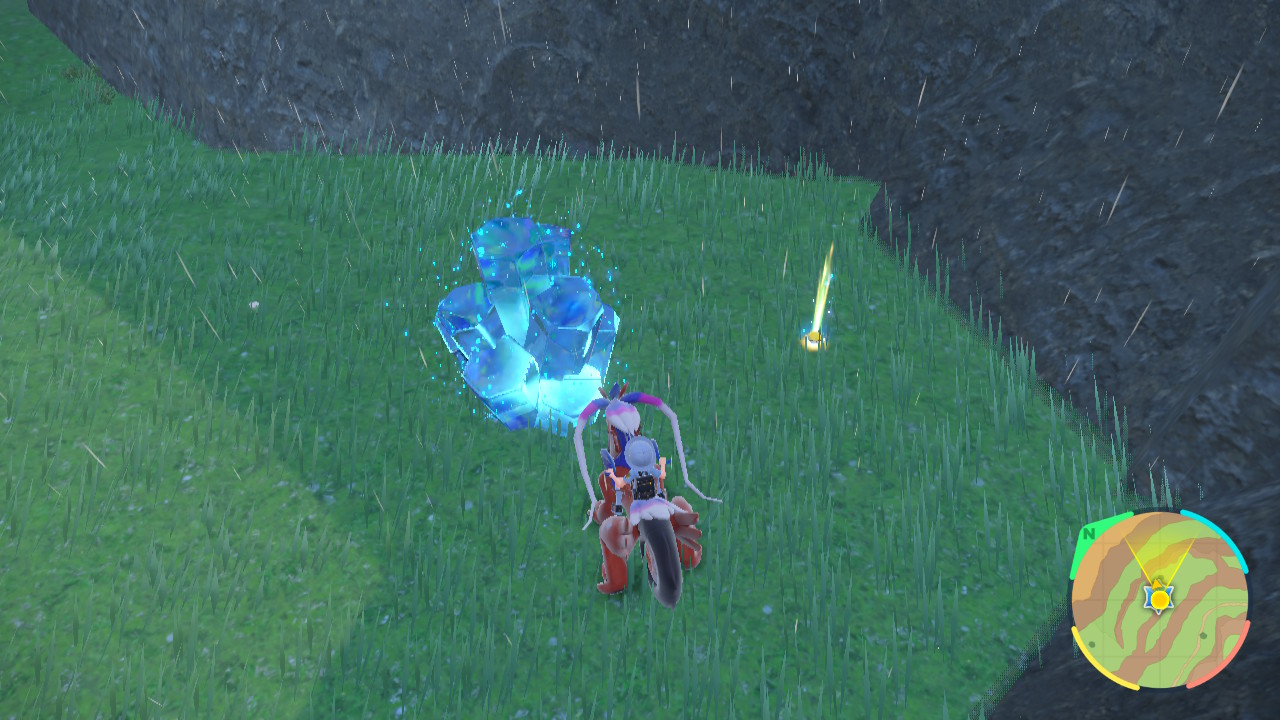 Grass TMs are among the easiest to find

As we continue this week’s installment of “grass TMs you can find laying around,” Grass Knot is also easy to find in Pokemon Scarlet and Violet once you get into the game’s western section of the Paldea region.

Where to find Grass Knot TM 081

When you’re traveling along west of the academy capital city, you’ll potentially encounter the “first” Team Star battle, or the “first” gym. Just head to the location on the map above by following the route west of the Pokecenter, near the cliffside. Continue heading west until you get to a ridge. Jump down, to the area where you can see the desert and the coastline, and you’ll find Grass Knot. Like many other TMs, it doesn’t require any mount locomotion abilities to reach.

Here’s what Grass Knot actually does: “The user snares the target with grass and trips it. The heavier the target, the greater the move’s power.”

It’s another one of those critical thinking type moves, given that you need a type that can learn it, and a matchup that favors it. Still, with 100 accuracy, it could have its uses, especially given the static nature of NPC Pokemon trainer battles.