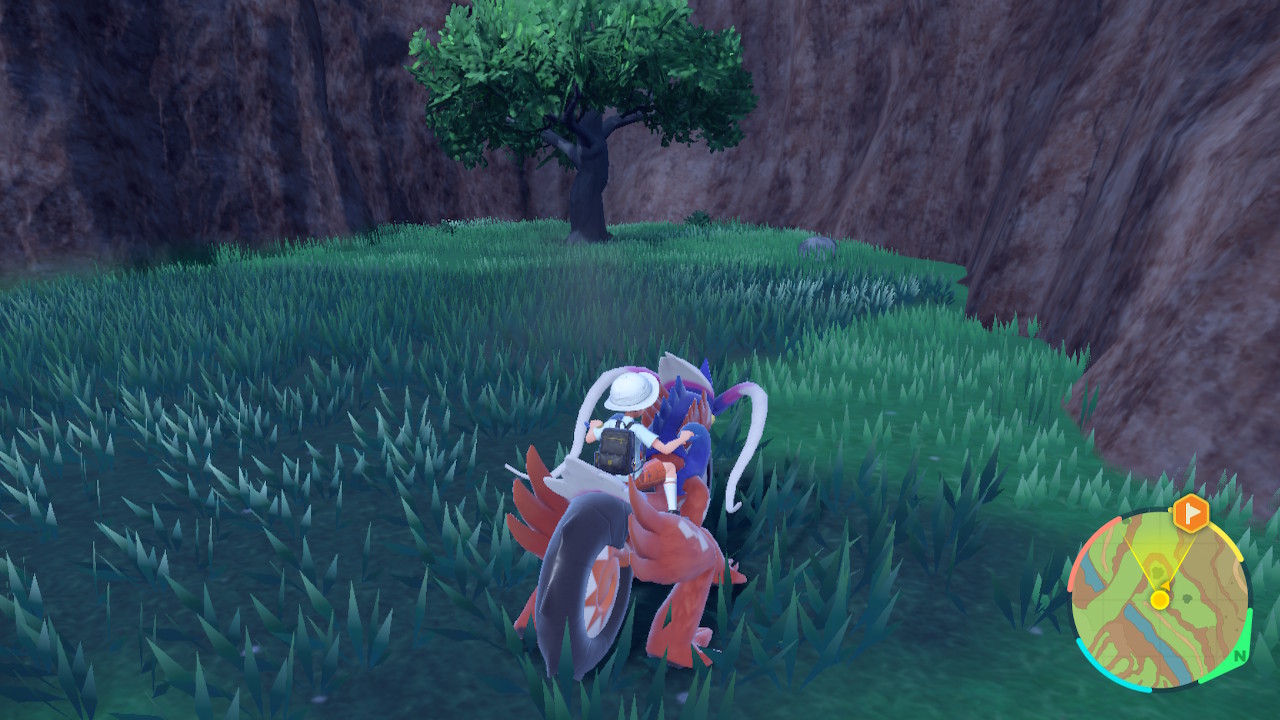 You can find it basically right after the tutorial

Like most things in Pokemon Scarlet and Violet, Grassy Terrain requires you to finish the tutorial to access the proper area.

After spending several hours engrossed in the setup of the narrative (and the three storylines therein), you’ll be able to leave the academy and start building up your Pokedex and TM repertoire. If you’re heading to the first (bug) gym due westward, you can likely just pick Grassy Terrain up on your way there.

Where to find Grassy Terrain TM 137

Head west out of the main academy city of Mesagoza, and hang a left after approaching the first body of water.

Walk over to the exact location in the image above, and look for an area with blades of grass and a single tree. The bend is a “U” shape: drop down to the area below and grab the yellow Pokeball to pick up Grassy Terrain.

As TM 137, Grassy Terrain will turn the ground into grass for five turns. You restore HP each turn and you’ll also power up grass moves. If you have a grass heavy team, this could be a good opportunity to set your entire squad up for success if you get this out early, and ride the bonuses.