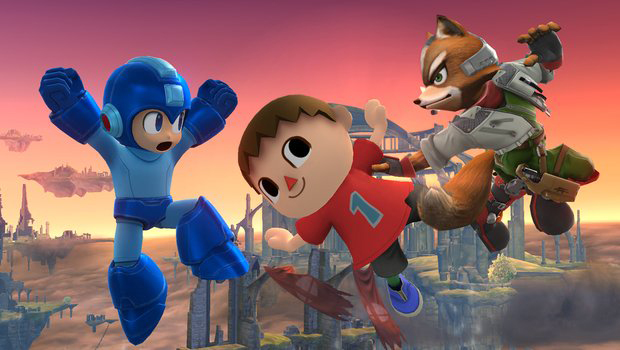 Get to know the people who play great videogames

Sup Holmes is taking a break this week thanks to a wedding between one of the best programmers in the world and one of the most charismatic ex-Nintendo employees who ever lived. That ought to be good. In the meantime, here’s a rerun of last week’s episode with Gonzalo “ZeRo” Barrios, the 19-year-old winner of this past summer’s Smash Bros. E3 2014 Invitational tournament. At the time of this episode, Gonzalo had been playing Smash Bros. for the 3DS for about three days straight. He had slept for about 10 hours total over that weekend. That didn’t diminish his levels of youthful sass though. If anything, it only increased it.

We talked a lot about the new game (tiers, changes, excitements, disappointments, new techniques) which I found endlessly fascinating, but I couldn’t pass up on the opportunity to learn more about Gonzolo himself — what lead him to become this good at Smash Bros., which games in the series he prefers, the economics of playing Smash Bros. as your full-time job, if he’s ever considered making a fighting game himself, and more. It hit me while we were talking that at 19, Gonzalo can barely remember a time when Smash Bros. was not a part of his life. He won his first tournament at age 10, and has been playing professionally for the past three years. You can only imagine how he felt when he met Smash Bros. creator Masahiro Sakurai. He talks about that on the show too.

Thanks again to Gonzolo for appearing on the show! Hopefully it’s not the last time we meet. Who knows, maybe next time he’s on the show, it will be to talk about developing his first game. That went pretty well for Mike Z and Adam Heart…