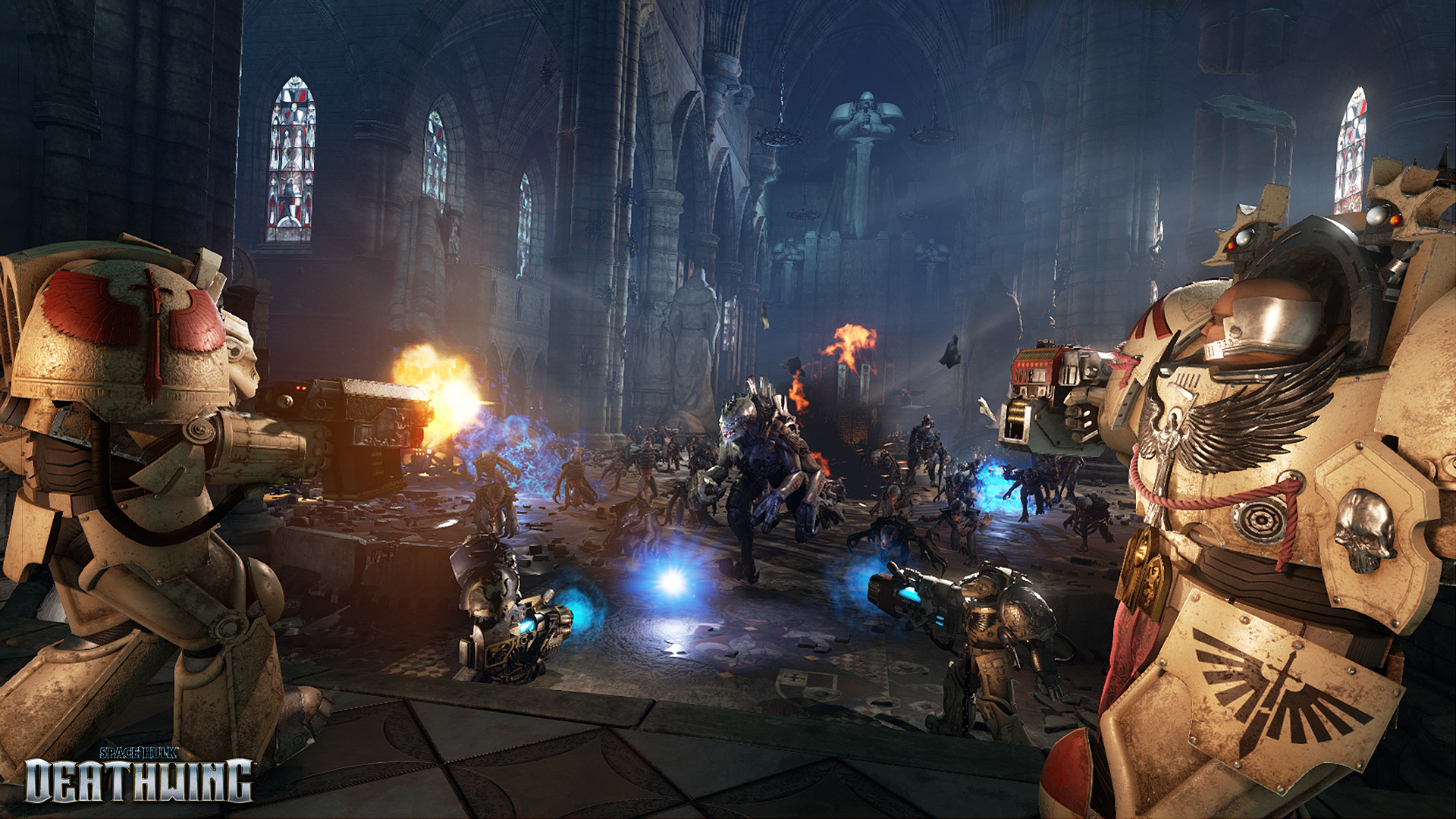 I’ve been interested in Space Hulk: Deathwing ever since they put out that trailer with the groovy music from Kadebostany a few months back. Today, Streum On Studio (the same team who brought us the wonderfully strange E.Y.E.: Divine Cybermancy) released a few new screenshots and details about the game that seem to validate my faith.

Deathwing will feature solo and co-op play with an appropriately strong emphasis on squad tactics and teamwork. Each member of the team fills a particular and important part in bringing death to the Xeno scum infesting the derelict space hulk, and it will take deft coordination by the squad’s Librarian to make sure everyone is using their flamethrowers and storm bolters to their greatest potential. A dynamic difficulty curve will spawn more and more Genestealers to overwhelm particularly effective squads and keep you on your toes. There’s no rest for the wicked or for the genetically enhanced, heavily armored, space-zealot apparently.

The screenshots show exactly the kind of carnage and chaos you’d want from a first-person Space Marine experience. Genestealers swarming in from all directions, bolters and plasma cannons blazing, corpses strewn around like confetti — Grimdark bliss.