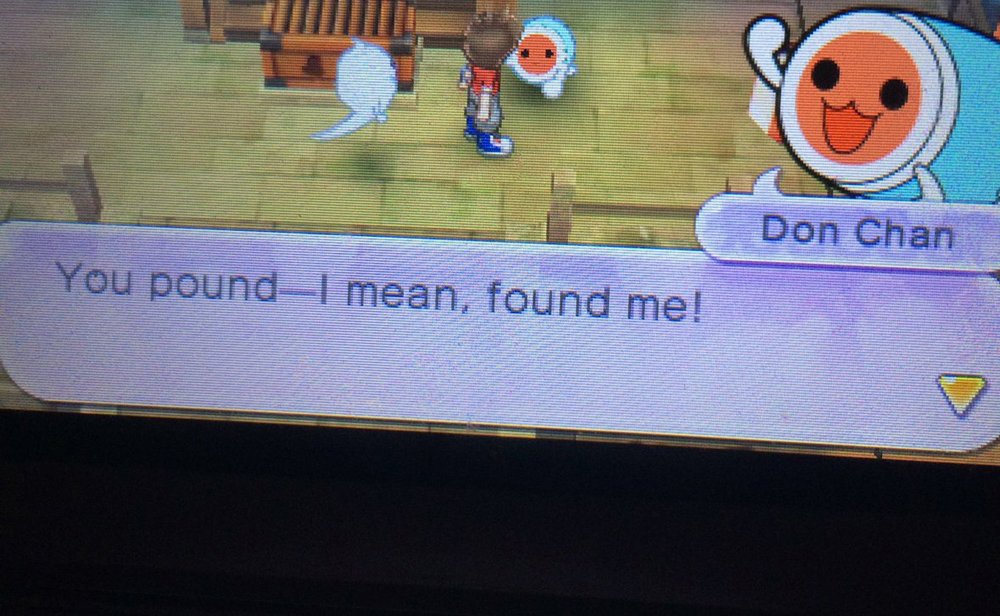 Link and Ganondorf are green with envy

A good sexual innuendo joke can disguise itself in ways that won’t potentially come off as suggestive to children, while meaning something more to adults. Such is the beauty of Don Chan‘s appearance in Yo-kai Watch 2,  If you end up asking yourself “do the people who wrote this know how this sounds?”, then they did their jobs right.