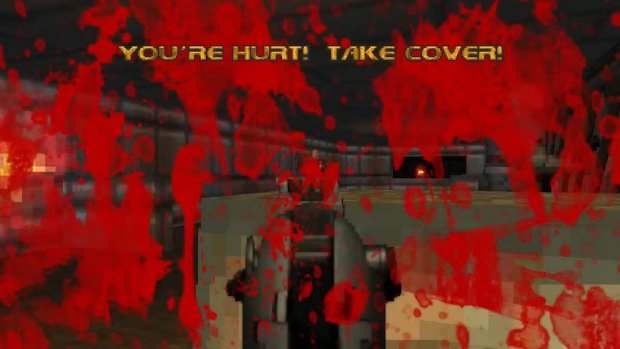 Doom was an immensely popular and genre-defining game back when it was released in 1993. It paved the way for many titles that followed and is still seen as one of the purest forms of first-person shooter gameplay. But things have clearly changed since then and it raises the question; what would the original Doom be like if it were made today?

Well, one person has given us the answer by creating a video series showing what Doom would be like if it took advantage of many tropes and cliches that ‘modern’ FPS games employ. Watch as our hero has to take cover from enemy combatants as his health recharges, and look how skillful he is at breaching rooms and taking out enemies with precision using iron-sight aiming. But be careful! This incarnation of Doom has replaced the dark and gloomy horror atmosphere with inaccessible DLC specific areas. Ooohhh, so scary!

But in all seriousness, this video series does an exceptional job of showing the disparity between the generations when it comes to game design. The only thing scary about it is seeing how accurate it is when it comes to modern shooter titles.