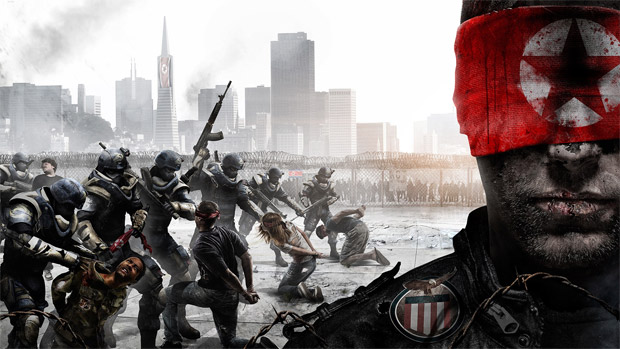 Following THQ’s sale of the Homefront property to Crytek, the exact release window for Homefront 2 might be up in the air. Speaking to VG247, general manager Nick Button-Brown offered a response that reads like satire of this industry’s news cycle.

“Crytek’s focus is fairly similar to THQ’s — namely to make the best game possible, so this will not have too much impact on the development itself,” he told the outlet. “However, we might change the release date that we haven’t announced, and move this to another release date we won’t announce yet either.” Sounds brilliant!

“The worst case scenario for us was that this situation meant that all that work just ended up being thrown into the bin, so we wanted to buy the IP to make sure the team can finish off the game they wish to make. But we always have and will believe in the potential of the IP. This is why we agreed to work on it in the first place, so it’s now beneficial for us to have control over the IP’s destiny.”

Finally, Button-Brown mentioned that there ought to be more news on Homefront 2 soon. “Currently we are trying to get all the paperwork closed on this, but we would like to be a little more open, than if we were working with a publisher.” As much as I’m skeptical it will happen, I’d love nothing more than for Crytek UK to hit this sequel out of the park. That would certainly make it easier to talk about the studio without having to also reflect on Haze.