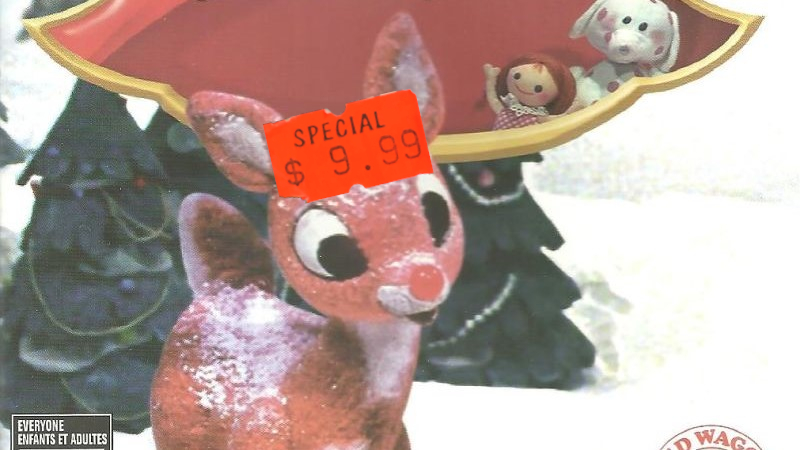 Why does it have a film-grain filter?

I was out completing my annual holiday tradition of buying myself some classic games, and also buying something token for my family. The clerk, who apparently knows of my disreputation, upsold me by suggesting the holiday classic Rudolph the Red-Nosed Reindeer for Wii. With Banjo-Kazooie, Batman Returns, Die Hard, Army Men: Sarge’s Heroes, Christmas Nights into Dreams, Toejam & Earl, and Silent Hill: Shattered Memories already occupying my usual rotation for holiday classics, I thought I could always fit in one more.

Now, listen, I get that game design is merely a job for a lot of people. Sometimes you don’t land at your dream developer right off the hop. Other times, a developer churns out licensed games to help fund their own passion project. I get it. However, Christmas is a time for building memories with family or friends, and Rudolph the Red-Nosed Reindeer is so short that it took longer for me to hook up my capture equipment than it did for me to play it. It also took me longer to walk home after purchasing it, and this article is almost definitely going to take more time to write. Chances are, when I think back to this moment, I’m mostly going to remember those things and not all the most famous reindeer of all. 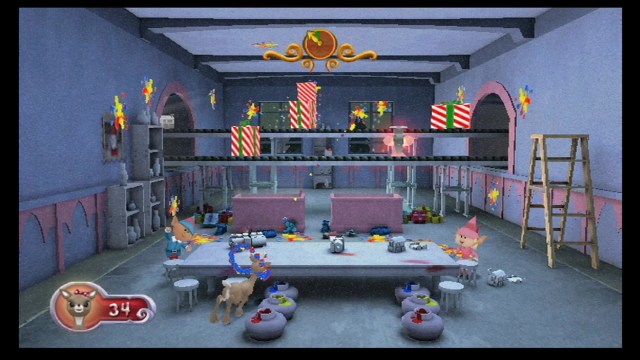 I thought Rudolph the Red-Nosed reindeer was going to be based on the Rankin/Bass holiday classic TV special. I thought that would be funny, because I don’t think I’ve ever seen that one in completion, so I could make all sorts of speculation on what it’s actually about. However, while the aesthetics are based on the movie, the game itself has absolutely nothing to do with it.

Christmas is apparently under threat, but I don’t remember anyone mentioning its precarious condition until the last level of the game. I’m going to assume that Starbucks is at it again with their “Happy Holidays” crap again. Look, I know other people celebrate different religious happenings this time of year. I’m not exactly the best lamb in the flock to start with. But this is the time of year when everyone should get in line and kiss the feet of humanity’s ruler, Santa Claus, and reflect on the time he saved Nakatomi Plaza from terrorists using traditions stolen from the Pagans. All that time spent slipping down chimneys really prepared him for sliding through vents.

The story, is told to you by a snowman, and while it looks like Sam the Snowman, he talks like that time when Invader Zim impersonated Santa Claus. Obviously, the voice actor hasn’t watched the TV special, either, because they sure as sugar don’t sound remotely close to Burl Ives. 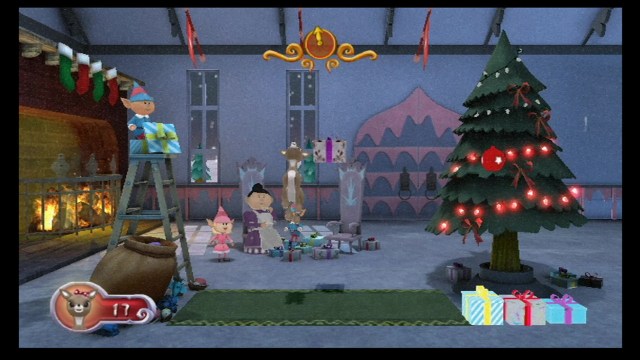 There are four levels to play through, so we might as well go through all of them.

I think that’s supposed to be Holiday Helper, but those H’s look a lot like K’s. Your job is to decorate the Yule Log. For some reason, this is done by having an elf hurl presents and decorations from the top of a ladder, and you need to bounce them across the room and onto or under the tree. Except freakishly-shaped presents; they need to go in Santa’s sack of horrors.

Since this is a Wii game, you control one of two Reindeers, Santa, or a dentist by tilting the controller. You can also jump by jerking the controller upward, or just press the 2 button. I don’t know why they gave us an out for jumping but not moving, but that’s how it is. Fortunately, it’s all as sensitive as an infected eyeball, so the worst part of the controls is that they work too bad. Otherwise, the physics are awful here, which may cause you to lob items irrevocably in the wrong direction. I’m not sure if you can even fail this game, though. I certainly didn’t do well, but the yeti still came out and put a star on the tree.

Despite the name, you’re not actually making toys in this minigame; you’re painting them. You do this by flicking the Wiimote around, which sends globs of paint at toys appearing on a conveyer belt. Somehow, perhaps through the magick of Chrismas, the dollops of primary colors shape their way perfectly around the toy. Meanwhile, a couple of elves tell you how awesome you are and that they “love to paint.”

I did this mini-game perfectly. Not a single toy escaped uncolored. Rudolph the Red-Nosed Reindeer didn’t give the slightest shit. There wasn’t, like, a “perfect” scrawled across the screen. The elves didn’t cheer extra hard. The yeti didn’t pat me on the butt. Nothing. If I wanted to be this unrewarded for my hard work, I’d get a real job. 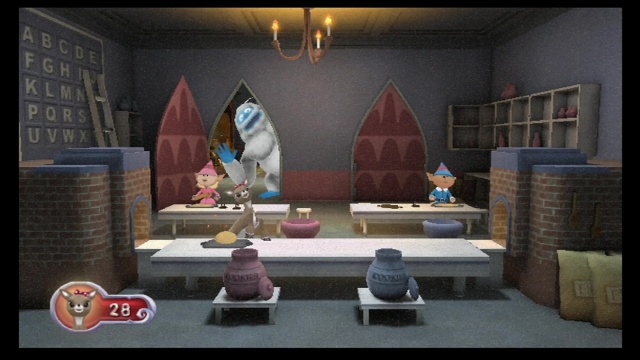 Okay, so, I feel this should be “Cookie Baking,” or, if we’re married to alliteration, I guess it could be “Biscuit Baking,” but technically, baking is just a more specific form of cooking, so I’ll let it slide. This one is my favorite mini-game. You roll the dough, cut the shapes, and slide the cookies into the oven before decorating them with sprinkles.

I think the only reason I like this game is that it really makes me want shortbread cookies. I’m normally a ginger molasses girl, but Rudolph the Red-Nosed Reindeer just makes the cookies look so good. Then, when you win (again, I don’t think you can lose), your deer dances on the counter, which is adorable.

Again, I’m not sure how Christmas is in danger. All I know is that this is war. Your job is to fling presents at houses. The game tells you that you’re aiming for the chimney, but you still get points if it lands on the roof. Here’s the thing: there’s no penalty for missing, and you can hit a house more than once. I see absolutely no reason not to just carpet-bomb the whole town. Crush all those unsuspecting materialists under an avalanche of holiday cheer. 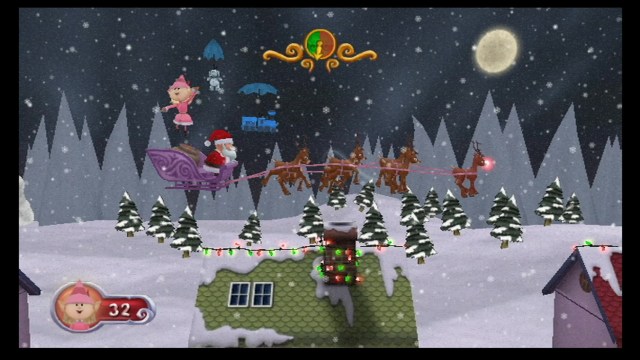 That’s actually all there is to Rudolph the Red-Nosed Reindeer. It saves your high score in case you are really desperate for some kind of challenge. You can also play with a second player, which really is what Christmas is about: communal suffering.

It took me 12 minutes to get through all of Rudolph the Red-Nosed Reindeer. If I was a parent, and I had bought Rudolph the Red-Nosed Reindeer for my kids, I would be extremely steamed that it didn’t keep the little bastards entertained for even long enough to take a nap. If you really feel like you need more disappointment in your holidays, you could do worse. Or better? Either, really.