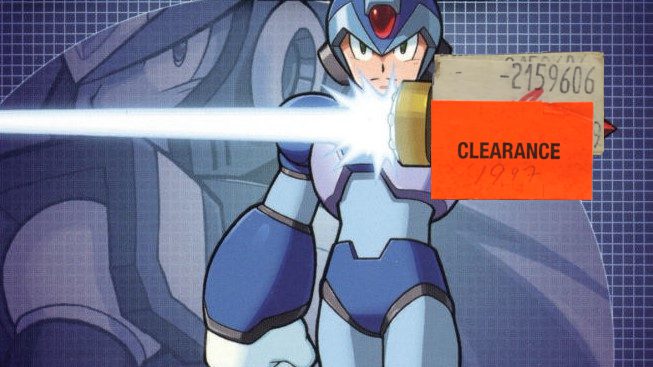 Never let anyone sever us again!

I’m of the opinion that the Mega Man X series went into a slow decline after the first game. 1993’s Mega Man X on Super Nintendo is easily one of my favorite games, then they just started getting progressively worse. Yes, I know there are many out there who love Mega Man X4 as much as the Super Nintendo titles. I am not among them. But that’s okay because I’m not here to badmouth Mega Man X4, we’re talking about Mega Man X6, which is two magnitudes worst than the lowest opinion of X4 could ever reach.

Ask anyone who recently decided to tackle the entire Mega Man X Legacy Collection in sequential order. It’s an absolutely miserable experience. To see a game series go from the most exciting things since a bread slicing machine to the most excruciating experience since a septic tank explosion; it taxes you. My husband requested I stop, as it was beginning to show signs of agitation, but I couldn’t comply. Like reaching for the last pickle with a lacerated hand, it’s a great deal of pain for a small reward. What, I’m saying is: don’t do it. I’ll just tell you all about Mega Man X6 so we can move on with our lives. 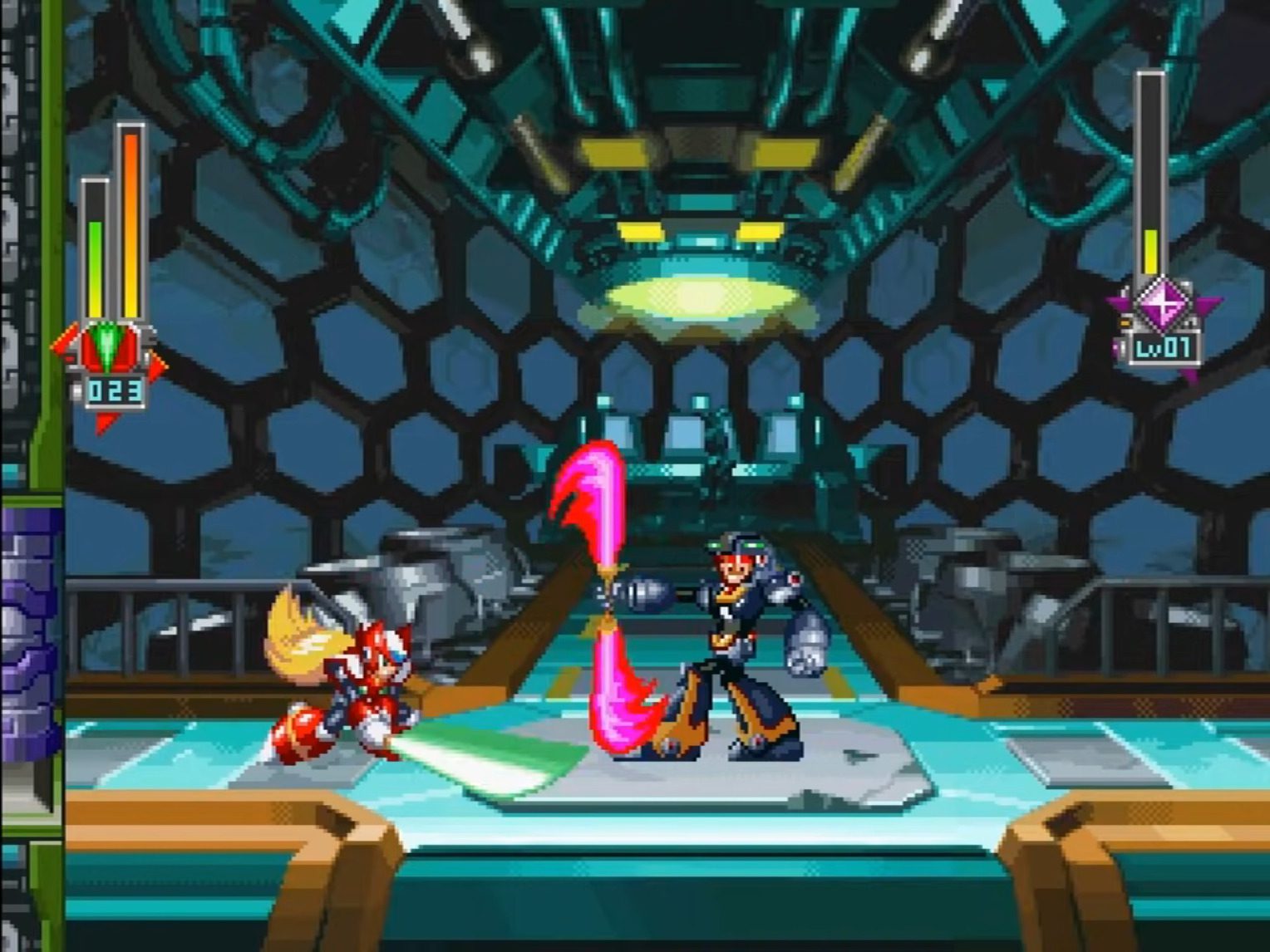 The long-time captain of the series, Keiji Inafune, has said that he planned on the series ending with Mega Man X5, which is hilarious because that game is similarly terrible and he’s listed under the credits as “special thanks.” All the series’ horribly blatant foreshadowing falls apart in X5, and it absolutely fails to bring resolution to anything.

Not that the Mega Man X games ever really told a coherent story. It starts off promisingly enough. The titular X was Dr. Light’s last invention; a robot with free will (implying the original Mega Man didn’t have free will, which does not compute). He’s sealed for diagnostics after Dr. Light’s death, but some guy comes along and puts a stop to that so he can reverse engineer X into a mass-produced line of knock-off androids called Reploids. The Reploids start going crazy, and humanity isn’t down with extinction, so a unit of non-crazy Reploids is created to hunt these “Mavericks.”

Just to show you how daft this entire idea is, the humans try to move to the moon in Mega Man X8 using Reploids to help them build. The whole thing is tough to swallow to begin with, but then it just keeps fraying like an elevator cable. 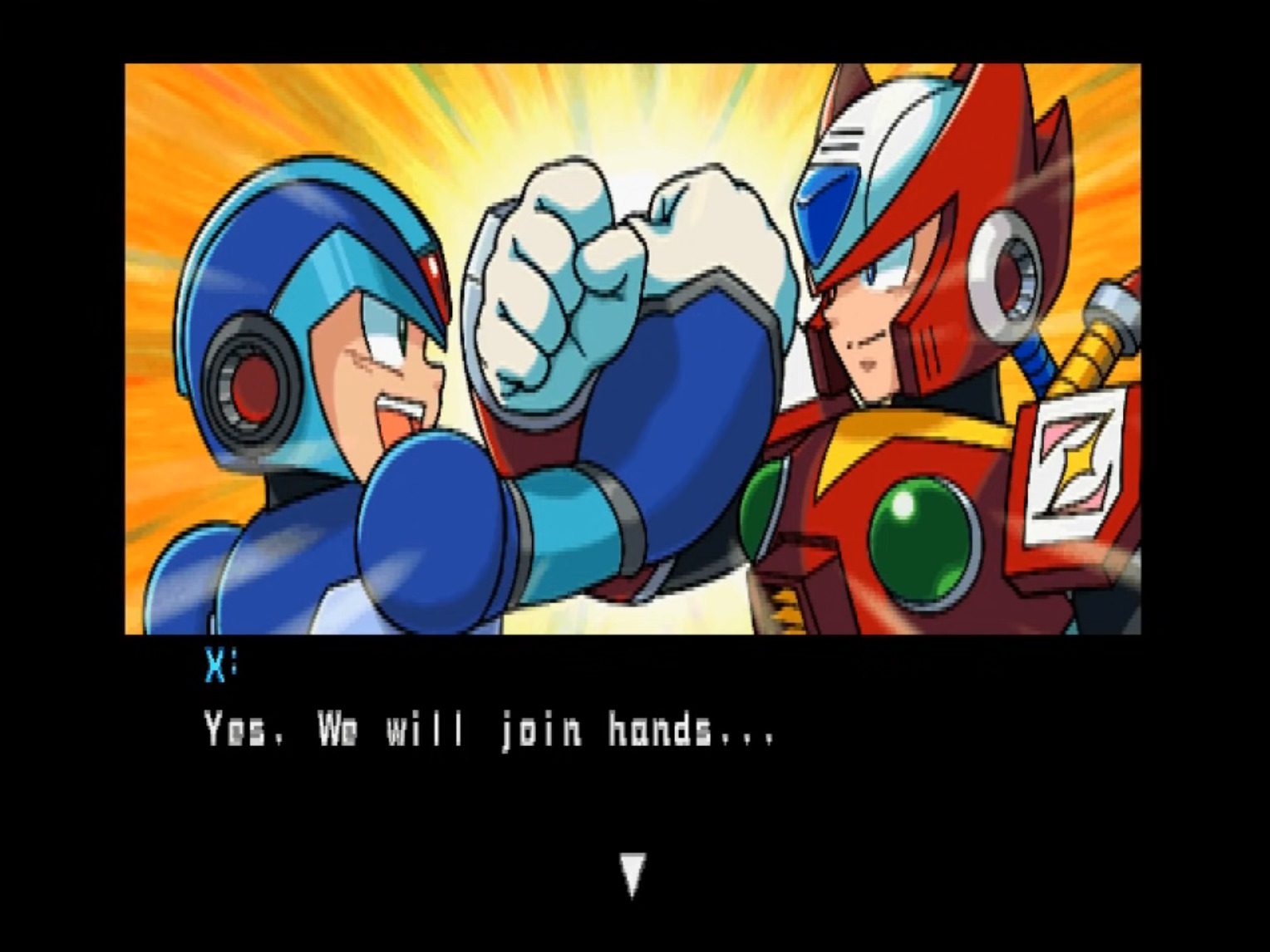 Speaking of which, the plot of Mega Man X6 is so mystifying to me, that I have to look up a synopsis every time I need to describe it. It’s three weeks after Sigma was defeated and X’s best friend, Zero, died in X5. It’s important to remember that both Zero and Sigma have died before and come back, so what does death even mean in this universe?

Apparently – and I don’t actually remember this as part of the plot – Earth has been rendered uninhabitable, and all the humans have migrated below the surface to survive. A Reploid named Gate goes mad after searching the ruins of space colony Eurasia, weird nightmares start happening, and X misses Zero. It sounds like H.P. Lovecraft went through a bad break-up, got drunk, and wrote a Mega Man X fanfiction.

It gets worse, but it really hurts my head. There’s this other scientist aside from Gate who sends Reploids out to investigate the nightmares, but they go insane, too. And Zero is tied into this and is maybe the cause of the nightmares, be he pops up again, much to the unhinged delight of X and they promise to never be apart again. I’m not even exaggerating for comedic effect, I really can’t make sense of the narrative. I feel like I’m untangling Christmas lights and one strand of them is connected to a bomb that will go off if I can’t separate the nest of cables within three minutes. 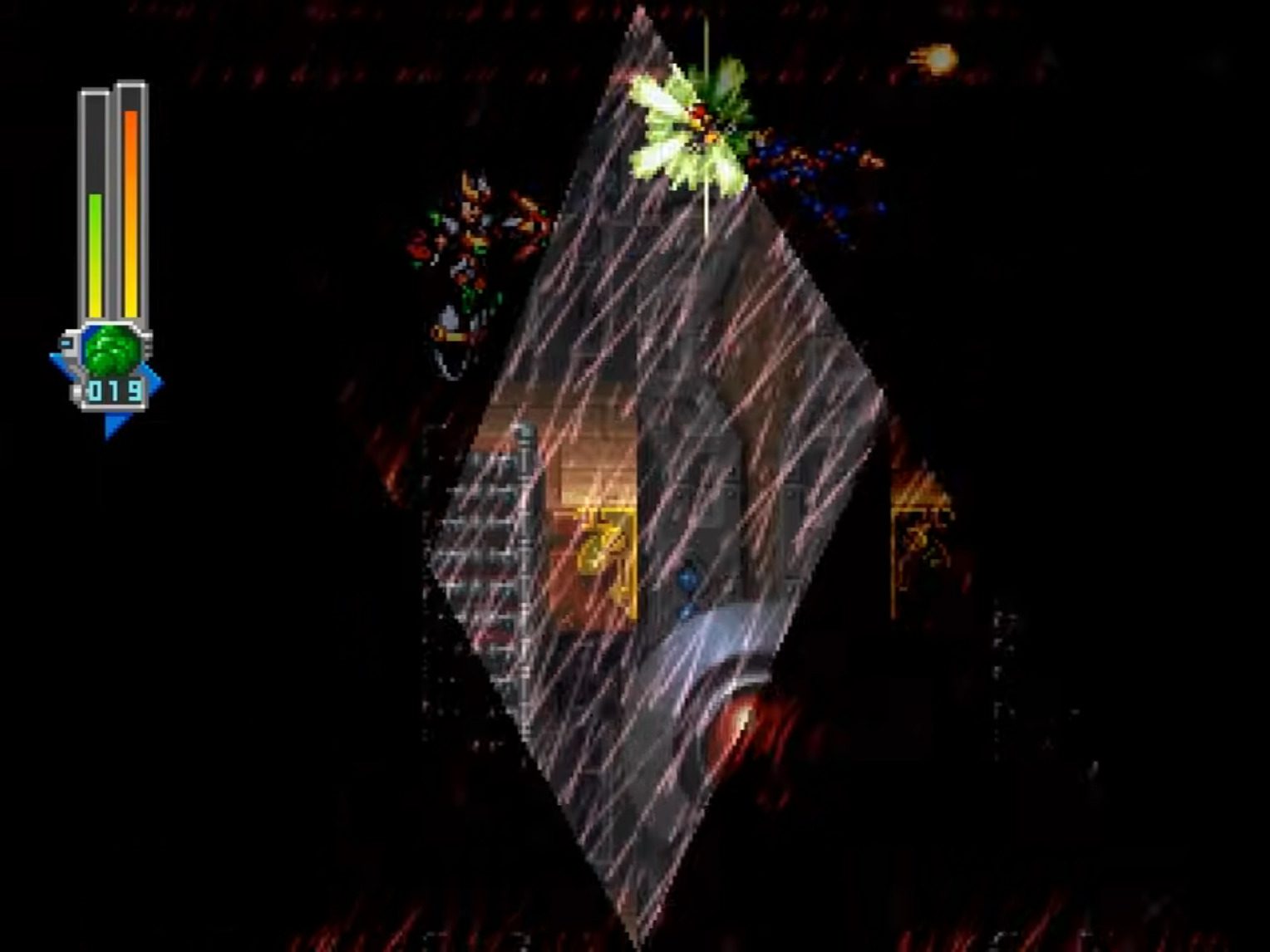 At the very least, the gameplay is standard Mega Man X. Nothing has really changed on that front. You charge your buster, dash jump across gaps, and pelvic thrust your way up walls. But then they apply all that tried-and-true action-platforming onto some truly ghoulish design. Some of its problems are blatant, and the others just beg the question “how did no one in testing find this annoying?”

The defining moment of my playthrough was when I made my way through one of the final stages, found myself unable to complete a jump, and had to look up a solution. It turns out, I needed to be wearing a particular set of armor, and to equip it, I had to back out of the level and start over. Good game.

But this extends to all levels, which seem to be designed to communicate a strong discomfort. The most egregious are these moments where the screen goes dark, and the entire section is lit by these crossing beams of light that swivel from fixed positions. It’s not like you have any control over what portions of the screen you can actually see, so you’re just waiting on whatever is in front of you to become visible. Sometimes you take damage because there’s no way of avoiding it. It’s the game telling you that it doesn’t care if you have to eat shit, it’s still not giving you a spoon. 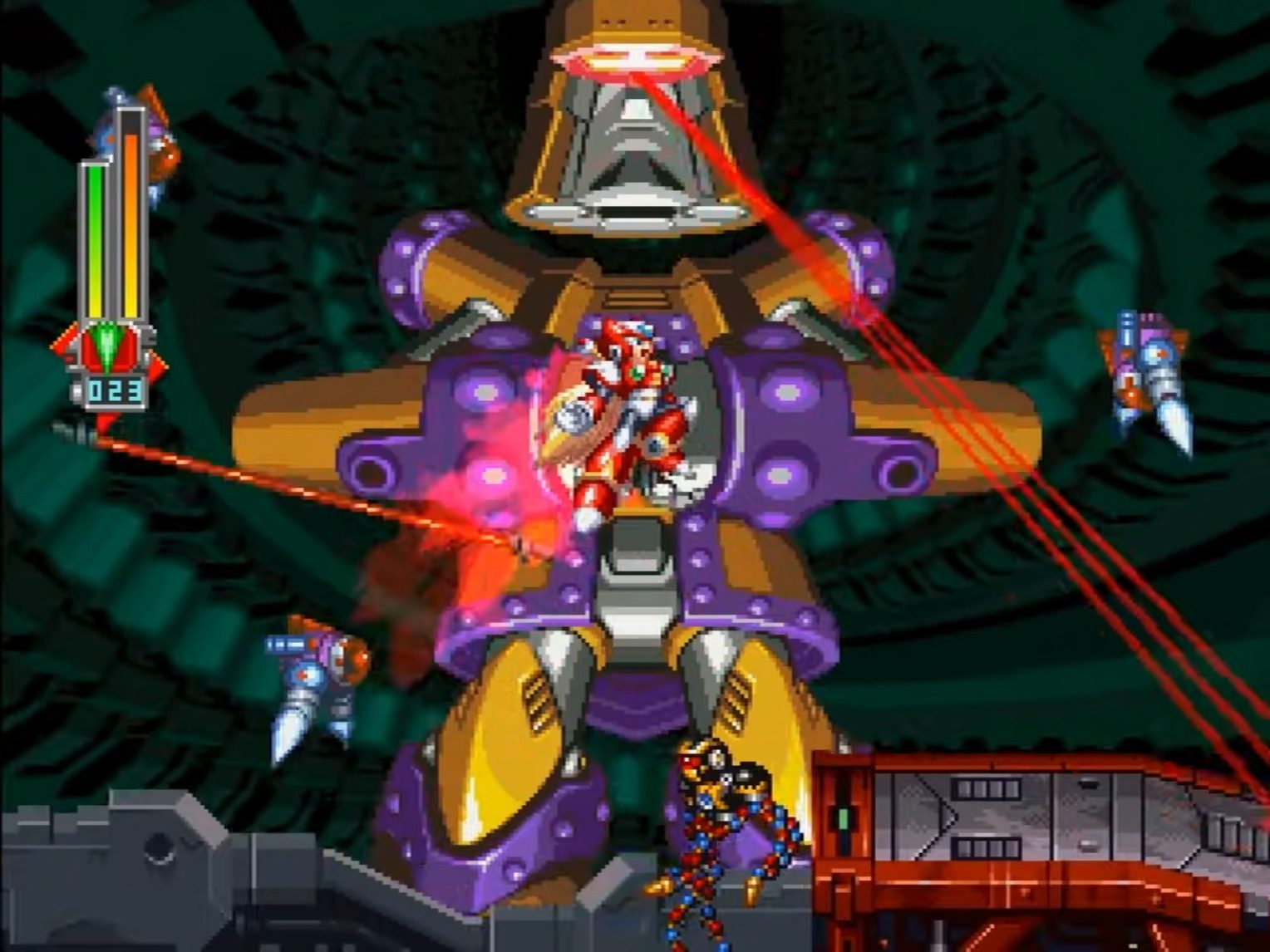 Mega Man X5 had this wrinkle in the formula where you had to beat four bosses to complete a project, then it had a random chance of succeeding. If it failed, you challenged the other four bosses for another random chance, and I’m not joking when I say it could fail to and you could get the bad ending because the game hates you.

Mega Man X6 isn’t that outwardly hateful. It highlights certain levels as red, meaning they’re under the influence of the nightmare. This just means things within the stages have been rejiggered, which can sometimes allow you to reach different areas. It sounds like a great way to encourage multiple playthroughs, but really, there’s usually very little change. Oftentimes, blocks will just appear where they weren’t before.

The worst part is that there’s a greater focus on saving Reploids. X5 had the same thing where you saved people from the environment for bonuses, but X6 just uses it as a way to tell you to screw yourself. It will spawn enemies right next to the hapless Reploids the moment you step on screen, so the only way to reach them without knowing their position ahead of time, is to throw caution to the wind and dash towards them. Failing to reach them means a bonus item is removed from the game entirely unless you load and try again. 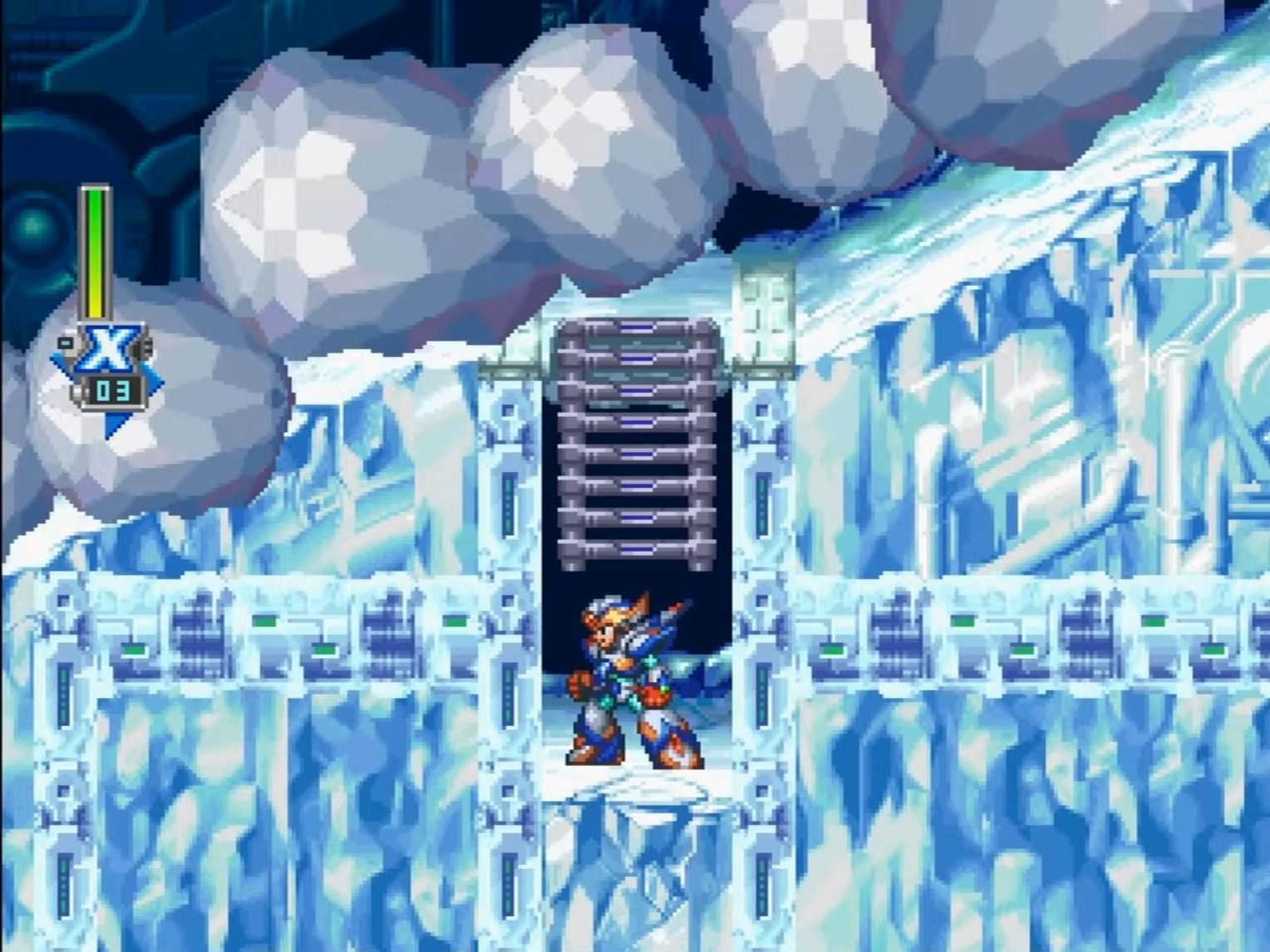 The Mega Man X series is like a meteor hit a landfill. From the highest point at the rim of the impact, it’s hard to believe that you’re a short decline from utter garbage. Playing X6 immediately after playing the original title would probably give you whiplash. You can recognize them as related games, but the difference in quality is such a stark contrast.

Things improved slightly with Mega Man X7, then again with X8, but the series never recovered and just faded away after that. After Mega Man 11, a lot of people, including myself, are hopeful for a return of the series, but if we do that, I think we need to take a flamethrower to large parts of the series. There are things better left buried, but X6 is better left dismantled and melted for scrap.