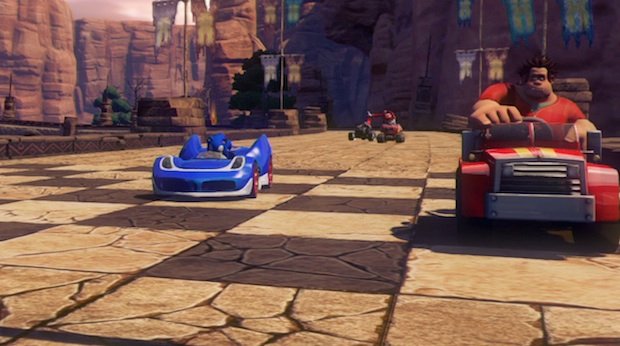 Hilarious. I love that Wreck-it Ralph, the star of the upcoming movie, is a playable character in Sonic & All-Stars Racing Transformed. He looks right at home powersliding through turns, yelling that he’s going to wreck it while launching pushing overs off the road.

This new trailer kicks off with movie footage, but transitions into footage from Sega’s upcoming racer.

Sonic & All-Stars Racing Transformed launches for just about every game system out there this Holiday. Wreck-it Ralph hits theaters today.