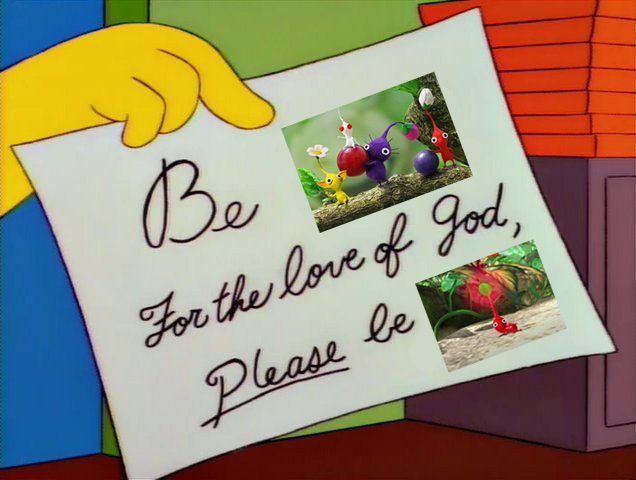 I’ll trade it all for Pikmin 4

Nintendo is beaming ~40 minutes of Switch news to our brains this afternoon with a fresh Nintendo Direct stream starting at 2:00 p.m. Pacific on YouTube and Twitch, so settle in.

It’s an all-purpose Nintendo Direct with a curiosity-stoking runtime, so we’re stoked.

As a Pikmin fan, I’m setting myself up for disappointment, but that’s all part of the healing process. Everyone has their game — okay, games — that they cling onto and try to will into existence in spite of the odds. Pikmin 4 is mine! I need another co-op campaign.

Also, it’s been a while — nearly four months since the hyper-focused Animal Crossing: New Horizons Direct (that also snuck in Switch Online Expansion Pack pricing details), and before that, there was an all-encompassing September 2021 showcase.

With everything in the cooker for 2022, I know that hearing about more N64 and Sega Genesis games attached to the pricey Expansion Pack subscription service is pretty low on people’s list of priorities, but Zelda: Majora’s Mask, which is showing up this month, has my heart. I’ve gone on record to express my joy over Kirby and the Forgotten Land, too.

Granted, today’s Nintendo Direct has a caveat that it’ll mainly highlight “games launching in the first half of 2022.” To that end, I’m expecting a splash of Triangle Strategy, too.

And don’t think I’ve forgotten about Advance Wars 1+2: ReBoot Camp, either! It’s been wonderful to see Fire Emblem live its best life with a larger audience of adoring fans, and while Advance Wars‘ debut on Switch is a more modest remake of the first two city-stomping Game Boy Advance strategy titles, I’m hoping this project is only the first step.

Go on, predict the unpredictable. Hope for some Mario Party Superstars content updates.