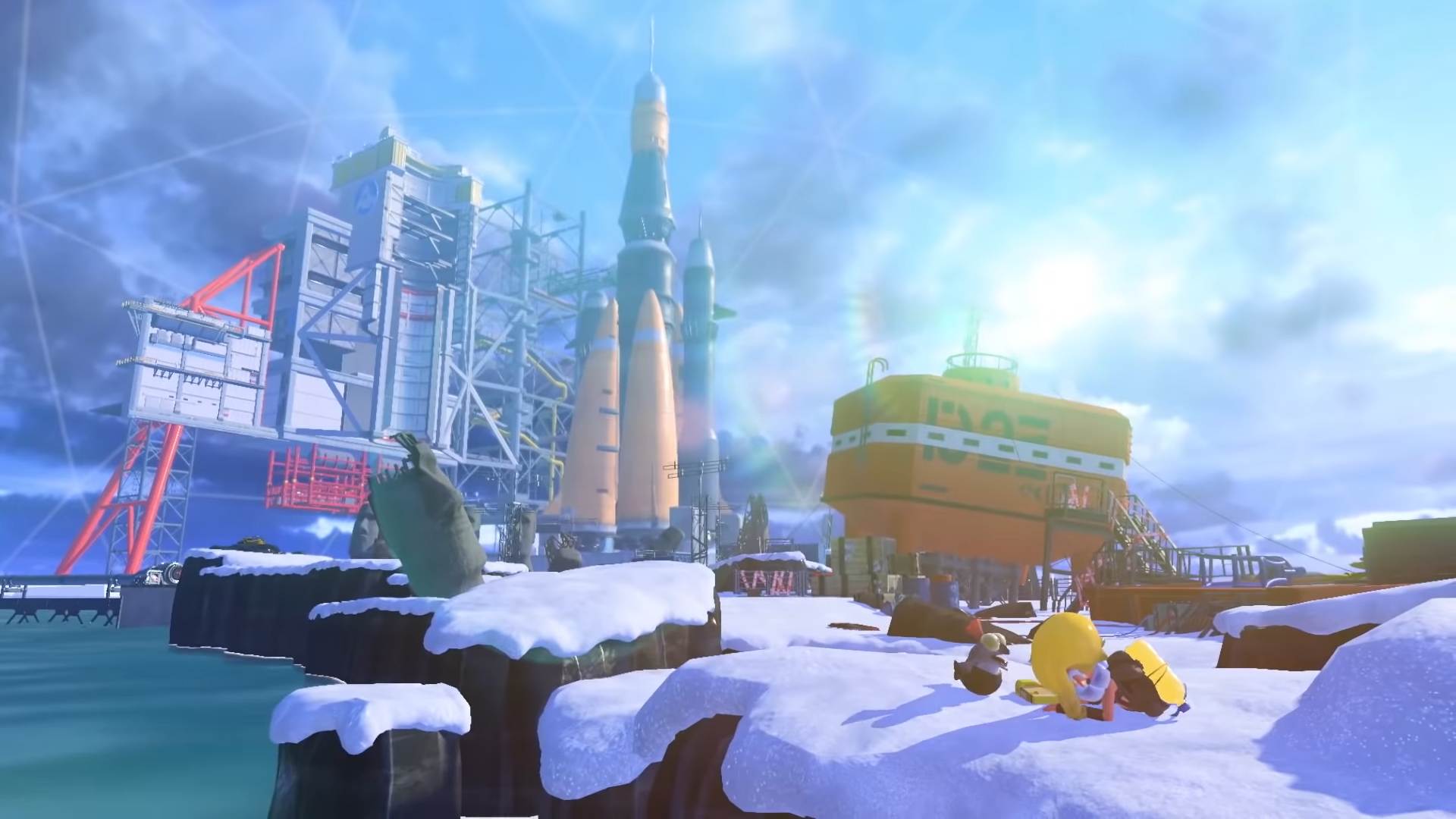 During today’s Nintendo Direct, we got a new trailer looking at some of the forces at work behind the Splatoon 3 Story Mode. In “Return of the Mammalians,” it looks things are going to get hairy for the squid-kids of Splatsville.

The gameplay shown at first looks like what you would expect from Splatoon, albeit with even more awesome gizmos and gadgets for distributing ink. I’m really intrigued by the goopy grappling hook shown off at one point, and that giant crawler.

But then the trailer veers off into a quick-cut montage, showing off hairy octolings, bizarre cityscapes, and plenty of foreboding shots. It’s not all strange and weird though, as Splatoon pop-stars Callie and Marie also seem to be back, as it looks like the Splatoon 3 crew will deal with the “Return of the Mammalians.”

At the very end of the Splatoon 3 trailer, we also see a character touch a bit of fuzz and turn into a Captain Caveman-looking furball. How very mammalian. It’ll be interesting to see what crises the squids are dealing with in Splatoon 3, and knowing the previous Splatoon games, it’ll probably get weird, especially since that last Splatfest ended with chaos reigning supreme.

There’s still no date on Splatoon 3 just yet, outside a window of 2022. Joining it from today’s Direct are a new Kirby adventure, dubbed Kirby and the Forgotten Land, and the release of Bayonetta 3, all of which are falling in 2022.

With Pokemon Legends: Arceus and The Legend of Zelda: Breath of the Wild 2 also falling in the same year, 2022 could be a big one for Nintendo. That’s a new game from most of their major players. It reminds me a bit of 2017, when we saw Breath of the Wild, Splatoon 2, and Super Mario Odyssey all land in the same year. Even if some dates shift around, 2022’s looking like a good year for the Switch.