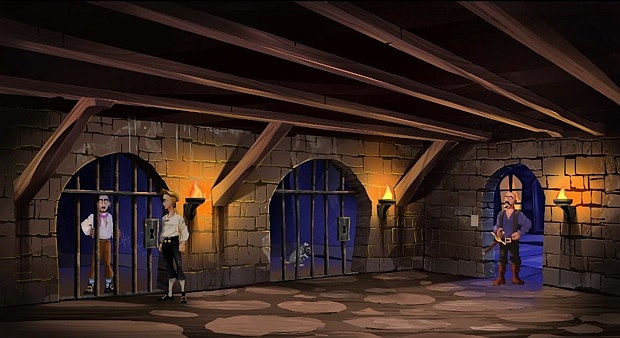 LucasArts are putting on a show this afternoon for people who want a sneak peek at Secret of Monkey Island: Special Edition. At 3PM Pacific, people from the publisher slash developer will be playing the upcoming downloadable title over Justin.TV at this location. They’ll also be taking viewer questions, so feel free to ask about Guybrush Threepwood’s new mullet if its really bothering you that much.

We’ll take this event as another sign that Secret of Monkey Island: Special Edition will be hitting Xbox LIVE Arcade sooner this summer as opposed to later. When I spoke with the game’s producer Craig Derrick earlier this week, he told me that the game was finished. LucasArts was just waiting for some pieces to fall together before ditching the flimsy “summer” release.

“The special edition is finished and will be launched simultaneously worldwide, but we’re just waiting for a few things to align before announcing an ‘official date,’” Derrick told me.

If you’re a Monkey Island fan, get your popcorn ready: Secret of Monkey Island: Special Edition looks like it’ll rock.