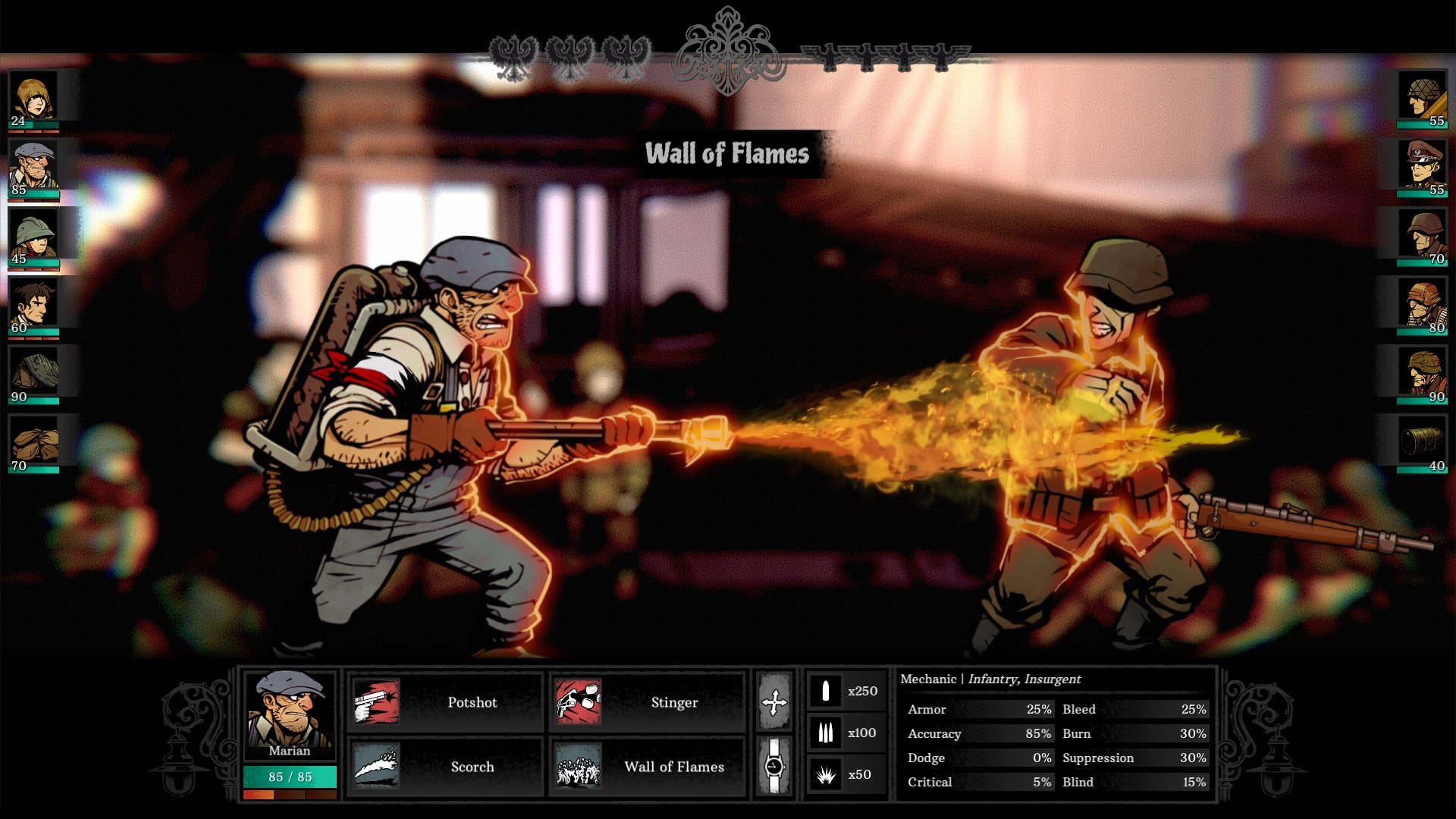 Warsaw has the benefit of hindsight. The upcoming role-playing game throws players into the chaos of life within the Nazi-occupied city during World War II. Scheduled to release later this year – 75 years after the tragic events that inspire its story – Warsaw‘s hand-painted visuals and harrowing reveal trailer showcase a game that’s acutely aware of war’s human cost.

According to a recent press release, Warsaw mixes tactical RPG combat with strategic systems. In battle, players need to balance character positions, gauge the effective range of attacks, and outflank their opponents. It sounds like a lot to consider, but both the systems-heavy approach to RPG combat and bold, hand-drawn art speak to some major Darkest Dungeon vibes.

Combat, though a big part of any depiction of war, isn’t all that Warsaw has on offer. Developer Pixelated Milk cites explorable locations, party recruitment, and a story that hinges on “love, friendship, loyalty and the invariable struggle against overwhelming odds.”

Warsaw‘s take on the occupation of Warsaw, Poland is sure to be a sobering experience. If the above teaser trailer is anything to go by, expect a game that understands and deals in tragic events. It’s coming to PC, PlayStation 4, and Nintendo Switch later this year.