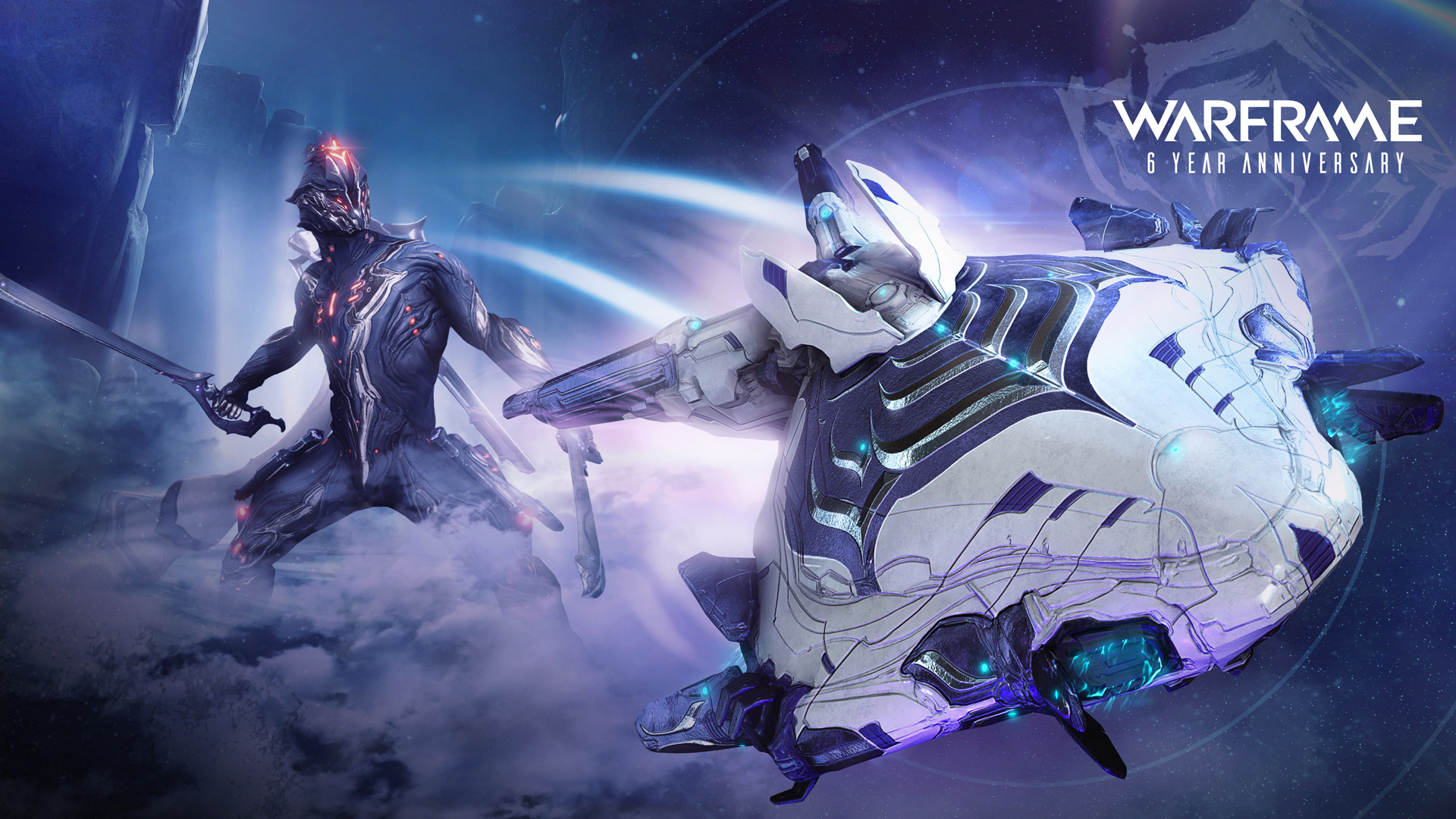 Have you found your warframe?

Digital Extremes’s Warframe has fought against the odds to become one of the biggest free-to-play games available today. After a rocky start, the game has built a strong following across four different platforms of fans who are addicted to its tight and ever-changing looter-shooter formula. Last year, the game celebrated its fifth anniversary with 38 million registered users. This year, it’s marking its sixth year on the market with nearly 50 million players.

To celebrate, Digital Extremes is getting in the giving mood. This Wednesday, March 27, players who log into the game will receive a brand new Liset skin, last year’s Dex Excalibur skin, and every single previous anniversary gift.

Two-thousand eighteen was arguably one of the best years on record for the title, setting milestones in the number of users, peak concurrent players, and digital attendees of its annual Tennocon convention. This year, Digital Extremes hopes to continue the wave of good fortune with new content that’ll expand the already expansive game. Last month, the Nightwave update became the first Warframe content to hit all platforms at the same time. Last week, Operation: Buried Debts introduced the Hildryn, the 39th warframe in the game. The New War and Railjack updates, both announced in 2018, are still on their way to the game as are remasters of Gas City and the Plains of Eidolon.

I was quite late to the Warframe party, only picking it up after it launched on Switch, but I’ve been hooked ever since. Each update to the game has only improved the experience and it’s easily become the go-to free-to-play title in my life.

Warframe is available now for PC, PlayStation 4, Xbox One, and Nintendo Switch.