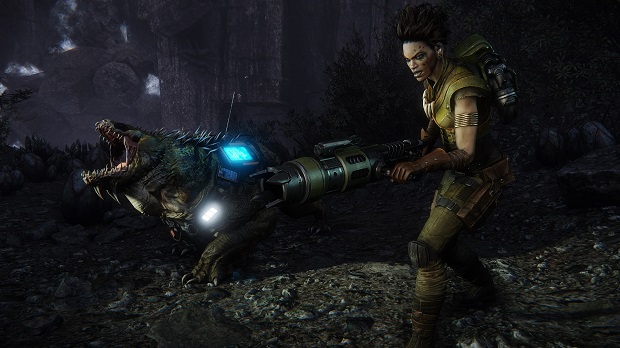 Evolve is shaping up to be a pretty decent game. It won a bunch of awards at E3 including the Game Critics Awards’ Best of Show. I played it in May and had a fantastic time with it. If you’d rather get your hands on it than believe the opinion of some stranger on the Internet, here’s your chance.

Turtle Rock’s holding a closed alpha on PC for Evolve, but that doesn’t mean you can’t join the festivities. Check out that URL, enter the password “happyhunting,” and the referral “JoinTheHunt,” and you could be on your way to some four vs. one asynchronous multiplayer before long. You might not want to procrastinate though; it seems as if Turtle Rock wants to nail down the participants sooner rather than later.