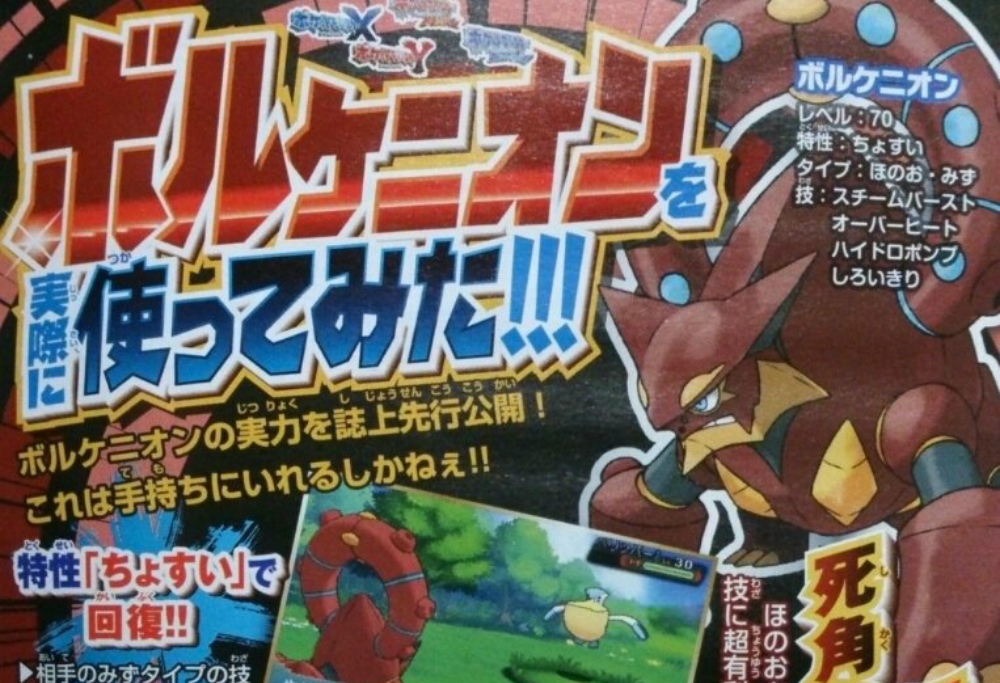 Remember all the way back in 2013 when Volcanion was leaked? We still haven’t gotten him.

Japan is inching ever closer though, as fans who pre-order tickets to the film, Volcanion & The Ingenius Magearna, will snag one. From April 16 on, you can find the serial code on the actual ticket, a promotion that will run until July 16. It’ll be level 70 when players finally get it.