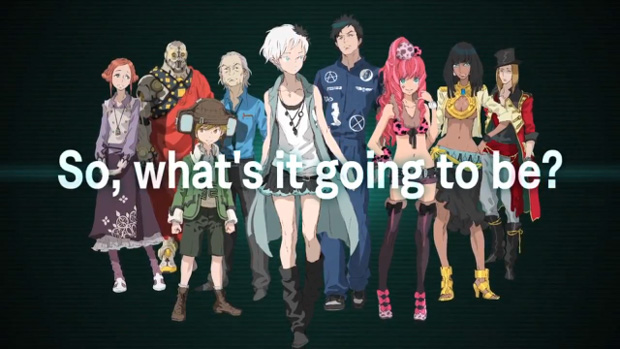 Behold! The first English trailer for Zero Escape: Virtue’s Last Reward! It may not be super amazing, but at least it’s evidence that our Euro brethren have something to look forward to!

As you may recall, Nine Hours, Nine Persons, Nine Doors didn’t make it across the pond, but at least the DS was region-free. For the sequel, Europeans thankfully won’t have to play the import game.

Rather than Aksys Games, publishing duties overseas will be handled by Rising Star Games. In addition, the European version won’t be dual-language and will instead feature the Japanese voice work plus the American English text translation. While a 3DS demo for the States is still up in the air, Europe will be receiving both 3DS and Vita demos before the game’s release in November.

As for my American peeps, we’re still go for launch on October 23! Wheeee!