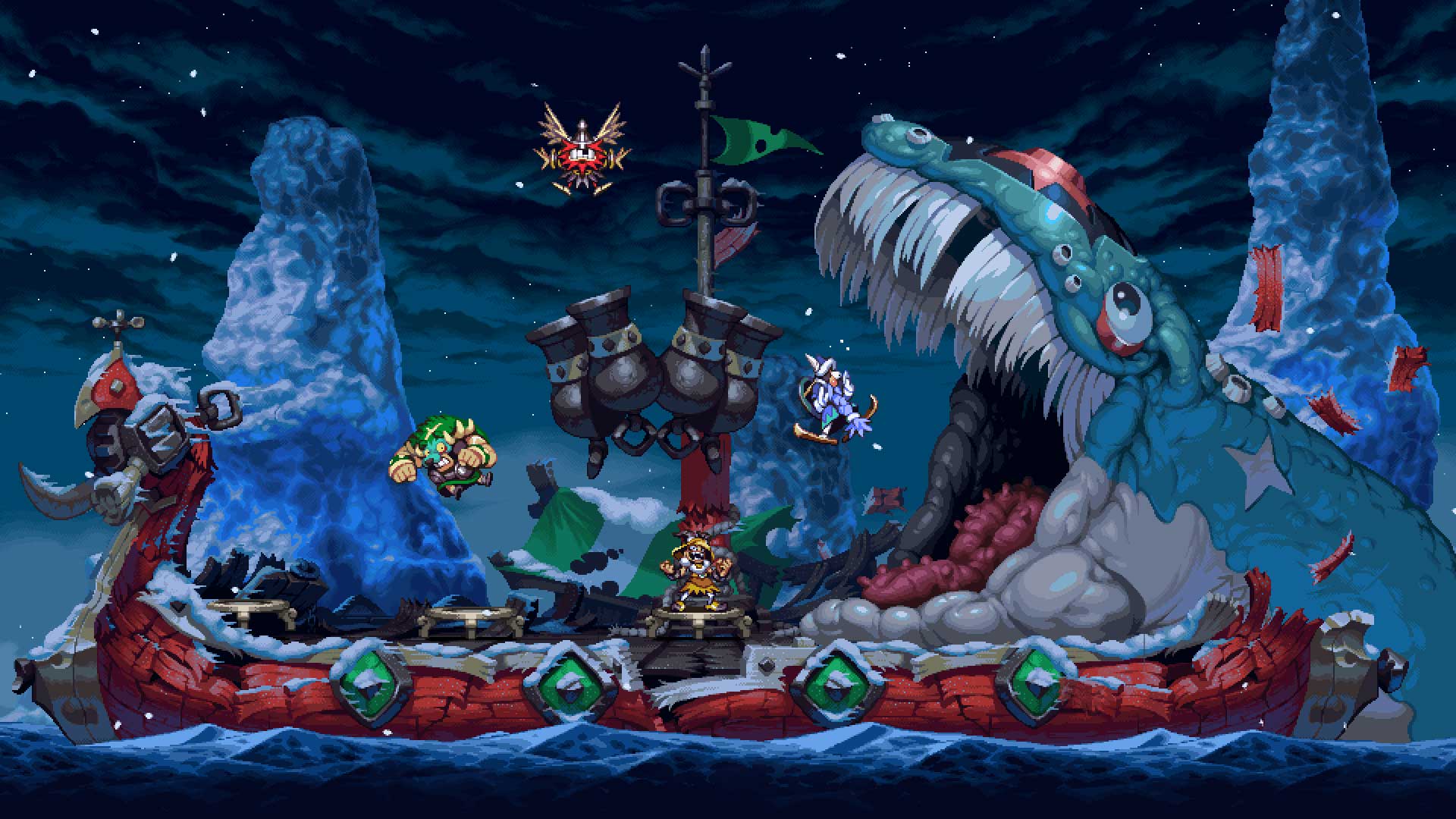 The next game from the creators of Owlboy is as conceptually wacky as it is gorgeous. D-Pad Studio has formally announced Vikings On Trampolines, an up-to-four-player game with co-op adventuring, battling, and boss fighting. Whatever you do, don’t stop bouncing.

The first trailer debuted today on IGN, and there’s a website and Steam page, too.

If this was just a competitive-minded game about knocking opponents off trampolines, I’d still be down. But seeing the king-saving story scenario play out in the trailer, I’m stoked about the wider scope. And I’m just sitting here, staring at this lush pixel art. It’s so good.

According to the team, it’s possible to play Vikings on Trampolines with one hand. They recommend enjoying your “favorite beverage” while you play, which is sound advice.

One of the big hurdles with co-op or party games is getting everyone on the same page about the controls. Simplifying the inputs — and achieving a simple yet interesting game concept — should work wonders. I always dread having to “sell” people on the idea.

Adventure, Versus, and more

Along with a solo-player-or-co-op Adventure mode, there will be more stages and modes to unlock. The Versus mode seems like it would pair well with TowerFall.

This game doesn’t seem “weirdly familiar” to me, but if you have an everlasting memory, it might. (Mine’s goldfish-esque.) The concept for Vikings On Trampolines stretches back a decade, and there’s even footage of people playing an early version on YouTube.

With this full game reveal out of the way, I hope that means Vikings on Trampolines won’t be too far off. After all, Gamescom is right around the corner. A PC release is already confirmed for Steam, and D-Pad is also planning to support consoles. I’m in.

Filed under... #cooperative#Indie#multiplayer#PC#Trailers#Vikings on Trampolines