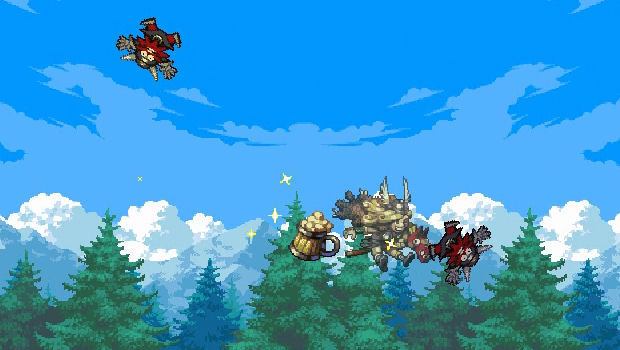 D-Pad Studios, the studio behind the promising but development-troubled Owl Boy, has announced a brand new game, Vikings On Trampolines. It’s one of those names with little ambiguity. Indeed, you’re going to get exactly what is promised — vikings on trampolines.

The trailer shows that it’s a competitive title in which players must try to stop each other landing on the trampolines. Missing the bouncy target causes a viking to go splat. It looks like a lot of fun, with plenty of cartoon violence and opportunities for players to troll each other.

It’s a less ambitious concept than Owl Boy was, so hopefully this’ll come out without too much trouble. In any case, full development of this game will come after that Owl-based platformer, which is good news for those of us who have been eagerly anticipating it.