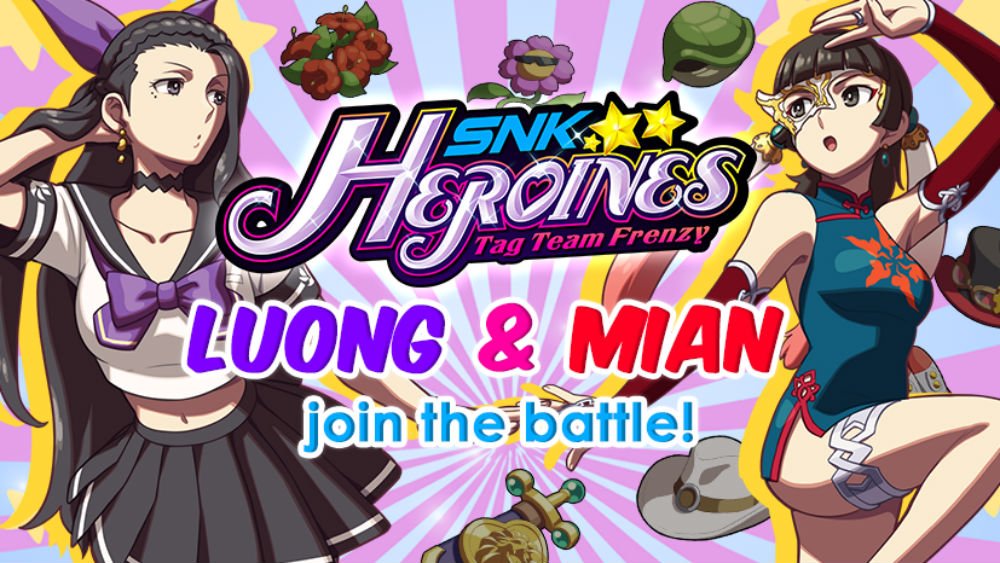 Still due on September 7

It’s a small thing to announce during E3, but it’s announcement no less! NIS, publisher of SNK Heroines: Tag Team Frenzy, has revealed the “femme fatale” Luong and the “Sichuan opera dancer” Mian, who are both set to enter the fray as fighters when the game launches later this year.

The former sports a “whip-like” finisher and the latter will rock her Rangurenbu — as a reminder, both of these combatants were introduced in King of Fighters XIV, and it seems like they’re here to stay.

As a reminder SNK Heroines: Tag Team Frenzy will launch worldwide on September 7 thanks to NIS taking up publishing duties, and will arrive on the Switch and PS4, as well as Japanese arcades following consoles.