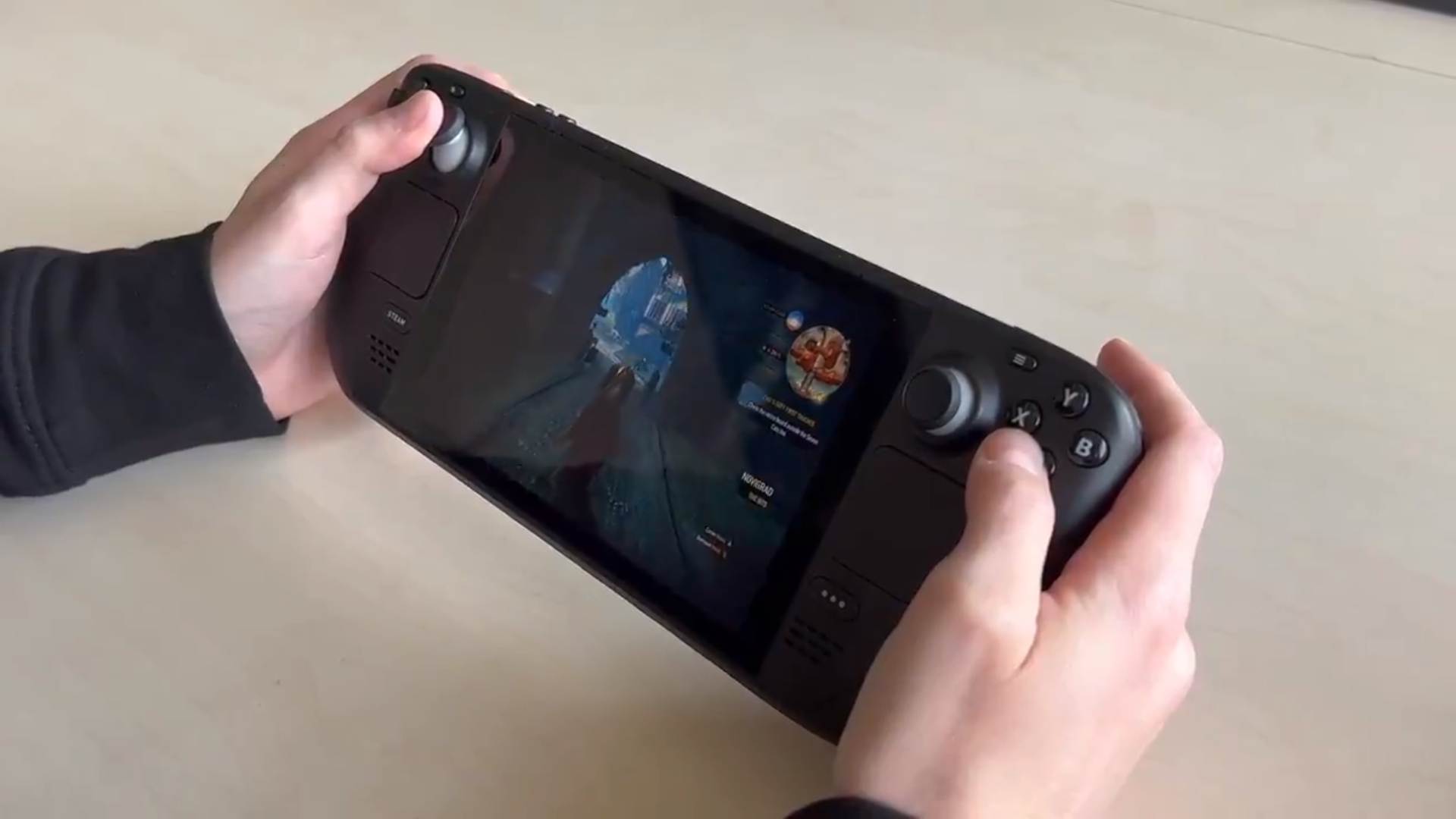 A ‘current-gen’ build on the go

More information has been coming out about Valve’s Steam Deck. CD Projekt has published some off-screen footage of someone playing through a few sections of The Witcher 3: Wild Hunt on the portable Steam Deck.

While The Witcher 3: Wild Hunt running on the Steam Deck wasn’t too much of a concern, seeing a game being played on the platform is really interesting. It gives you a sense of how the Steam Deck sits in the hands, and also the scale of on-screen action you can expect to see.

Open a portal into the world and play The Witcher 3: Wild Hunt wherever you go once Steam Deck is out!

Check out the footage of the current-gen version of the game running on Steam Deck 👇 pic.twitter.com/3IdIC2zGZJ

The developers showed off three different videos on Twitter, which included a town, some combat, and exploration. All around, it looks like The Witcher 3: Wild Hunt is certainly running on the Steam Deck. How well it runs is difficult to discern from off-screen footage, but it certainly looks solid in the conditions CD Projekt has shown.

Of course, the obvious comparison would be the Nintendo Switch version of The Witcher 3: Wild Hunt. Somehow, the massive adventure managed to fit onto the Switch, and it’s been the handheld way to play Geralt’s journey.

With the Steam Deck, now there will be an alternative for would-be portable Witchers. And a more PC-focused one at that, though Valve has advised you not open the Steam Deck up and tinker with it. Still, mod support could be pretty interesting to get running on this portable little computer.

Steam Decks are expected to roll out in staggered fashion, starting in Dec. 2021 with the first batch.