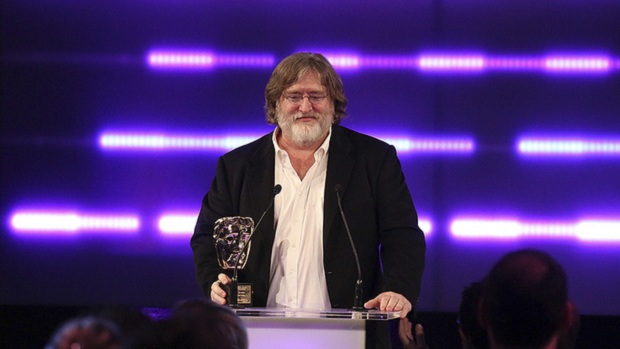 Newell speaks out at the BAFTAs

Gabe Newell received a fellowship at this year’s British Academy of Film and Television Arts awards, and took the opportunity to reveal that Valve’s business was up 50 percent last year.

“I think in the last year our business has grown about 50 percent on the back of the opportunities that have been created by having these open platforms. And just so people sort of understand the scale of how big it’s getting… so like the last Dota 2 update we were generating three-and-a-half terabytes per second, so that’s about two percent of of all of the mobile and land based internet activity was just for a single game update.”

Newell also emphasized his belief that the consumer would play an increasingly important role in the future of game development. “There’s this sort of insatiable desire for gaming right now,” Newell stated in an interview at the BAFTAs.

A fellowship is the highest accolade that the BAFTAs award to game developers. Past recipients include Peter Molyneux, Shigeru Miyamoto, and Will Wright.