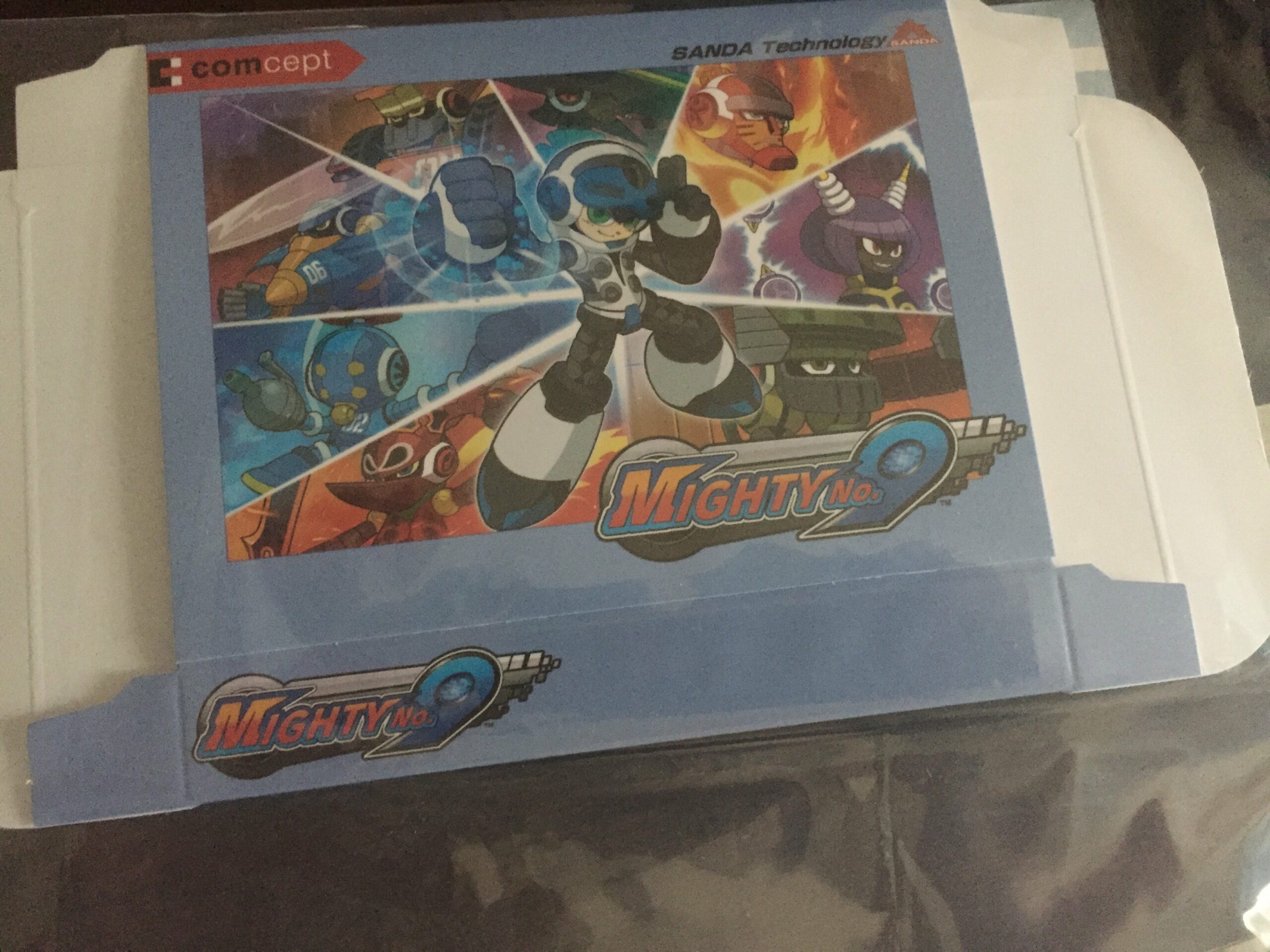 [Update #2: Proper manuals that fit both boxes have arrived in the hands of some backers, myself included.]

[Update: A representative for Fangamer has responded on the oversized manual situation: “The English manuals fit the NES-style boxes correctly. Unfortunately, the Japanese manuals were printed at the same size as the English manuals, which don’t fit the Famicom-style boxes. We will be shipping a properly sized replacement manual to everyone who got the JP box+manual (at no additional charge, of course).”]

Fangamer has made good on their promise to deliver physical backer rewards for Mighty No. 9, several years after the campaign began. Based on reports Fangamer is not to blame, but rather core developer Comcept, as they allegedly did not deliver the assets required to the former to get rewards out in a timely manner.

However, movement was made on that front after Comcept was acquired by Level-5. Fangamer swiftly sent out surveys earlier this month, and as of today, several folks (including myself) have obtained their rewards. All is well, finally.

Well, not quite. There’s still a bit of bad blood with the project, namely in the department of portable ports. Comcept also promised that the game would hit the 3DS and Vita platforms (something many backers held them to, as they only pitched in money for those versions), but multiple delays have stopped that from happening. Delays so severe actually, that progress only resumed recently on the pair of ports.

It’s…really bad. It’s a crash course on what not to do in terms of producing a Kickstarter. But what’s done is done, and this whole saga is nearly over.

[Disclaimer: My backer reward was an unassembled game box and a manual. Somehow, someway, the manual doesn’t fit in the box. I’ve reached out to Fangamer for comment.]