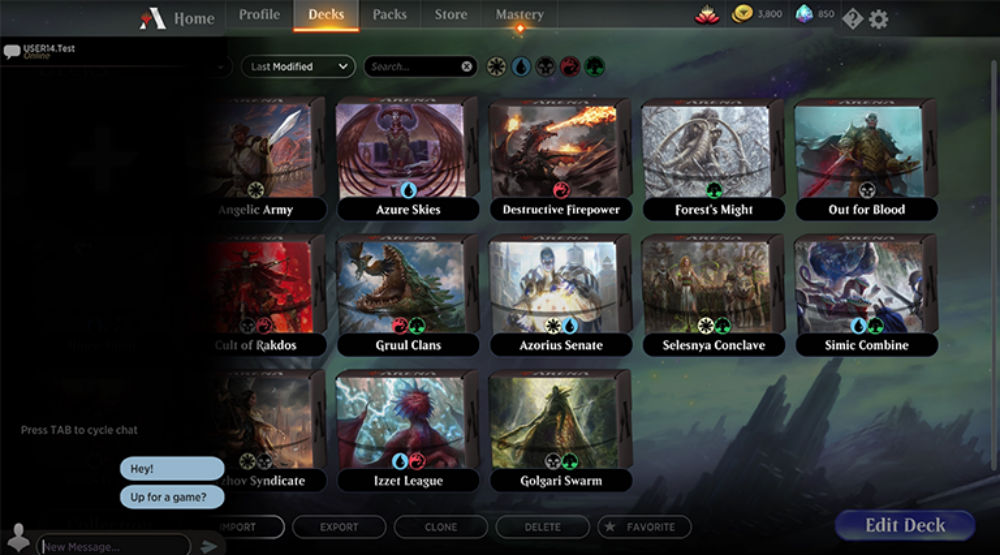 The update is due on March 12

[Update: The patch is now live, and you can read the full breakdown here. The gist is that Historic Anthology 2 is ready to go, as well as direct messaging/away social features, color challenges, a new UI for sleeves, and the low key ability to eliminate gameplay warnings. This last bit is crucial in terms of impacting the general game speed, as you can now nix annoying dialogue boxes like “are you sure you want to do this?” if you’re a veteran player who knows what they’re doing.]

Magic: Arena is getting a few major makeovers in March, and one of them involves Historic mode.

We covered that pretty extensively last week, but here’s a recap. Arena will host the second Historic anthology set, adding a ton of legacy cards into the game and opening up the Historic gametype: which breaks the chains of standard-only [recent] cards and allows players more deckbuilding options. That update will materialize in the form of the Historic Anthology II set, as well as a series of Historic events and a Secret Vault tie-in.

In other more casual news, the friend list is getting a direct messaging feature, with “busy” or “offline” flags, similar to Battle.net or other clients. Also, according to Wizards, “until the April game update, you’ll be able to earn quest progress when challenging your friends in Arena. You won’t be able to use this to earn any Daily or Weekly Win rewards, but we thought it would be a nice way to celebrate the addition of direct messaging in-game”

Other updates include enhancements to the new player experience (NPE), a UI upgrade for the sleeve system, more text emotes (thanks and sorry as responses to other text emotes), and cubed sealed. The update is currently ready to go on March 12, though as with all things Arena, that could change or be delayed out.

State of the Game [Wizards of the Coast]