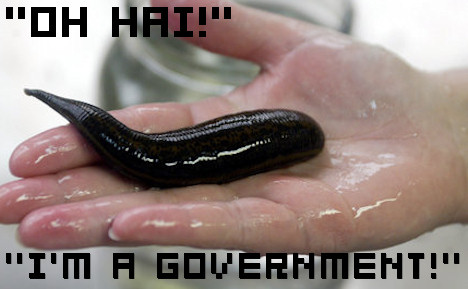 Since I left Britain, I’ve not been keeping up with its politics so much, but the news that there’s a proposal to actually tax broadband Internet use absolutely disgusts me. I’m not the only one either, as the UK games industry has come out to attack the parasitic suggestion as well.

Richard Wilson, CEO of industry representative Tiga, mocked the money-grubbing plans of Communications Minister Lord Carter, suggesting it was “the tax policy of Alice in Wonderland.”

“The idea that a universal tax on broadband bills should be imposed in order to compensate entertainment companies for losses incurred from piracy and illegal downloads is wrong in principle,” Wilson railed. “Innocent people should not be required to pay heavier broadband bills because of the activities of criminals …

“Government policy should aim to provide broadband … at the lowest possible price to consumers and businesses. The last thing that UK businesses need in the current economic climate is another tax … A Broadband tax makes no sense. It is the tax policy of Alice in Wonderland.”

Of course, the government won’t focus on lowering broadband prices because it can’t leech money off that. The Brits are already expected to pay a fee just for the right to own a television — paying for the right to use the Internet as well should make any sane man sick.