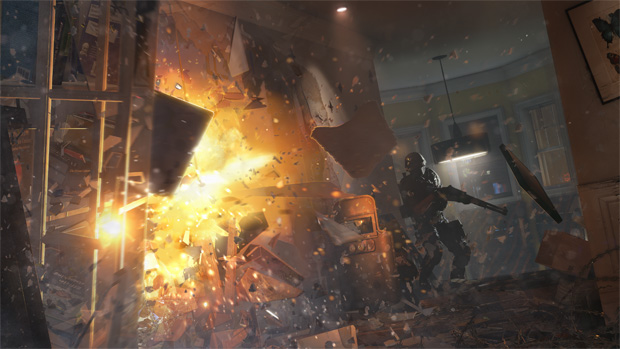 And why Patriots wasn’t finished

Last week’s announcement of Rainbow Six: Siege heavily implied that Rainbow Six: Patriots will never see the light of day, and Ubisoft was quick to confirm that. You might be wondering what, if any, work from the canceled project will end up in Siege. Me too. For now, that remains to be seen.

Speaking to Rock, Paper, Shotgun, technical artist Oliver Couture, having worked on Patriots for over three years, tried to explain the situation. “Next-gen consoles were just around the corner, and we were like, ‘OK, we want to also have a next-gen experience. What can we do for that?’ We were trying stuff out with destruction technology, and we realized destruction really changes the game. We tried to see how it could fit with old-gen, but it just didn’t work out. So for us it was just a better solution to clean the slate, reset, and make what’s best for the players.”

The E3 demonstrations of Siege were focused entirely on multiplayer, and given the way matches can play out (especially highly scripted ones), that worked out nicely for Ubisoft. The game showed well. But it was Patriots‘ story that had us so curious about it all these years, not multiplayer.

Couture couldn’t say much about single-player in Siege other than that the team is aware it’s “a big part” of the experience. “The scope of the single-player is not completely clear yet, so I cannot really elaborate on it,” he explained. “All I know is that the message we have on the production floor is like, ‘All the comments online, people are always talking about single-player. So we’re gonna have something for them.’ But I can’t say if it will be more cinematic [like Patriots was] yet.”

Why Rainbow Six Patriots Got Canceled In Favor Of Siege [Rock, Paper, Shotgun]