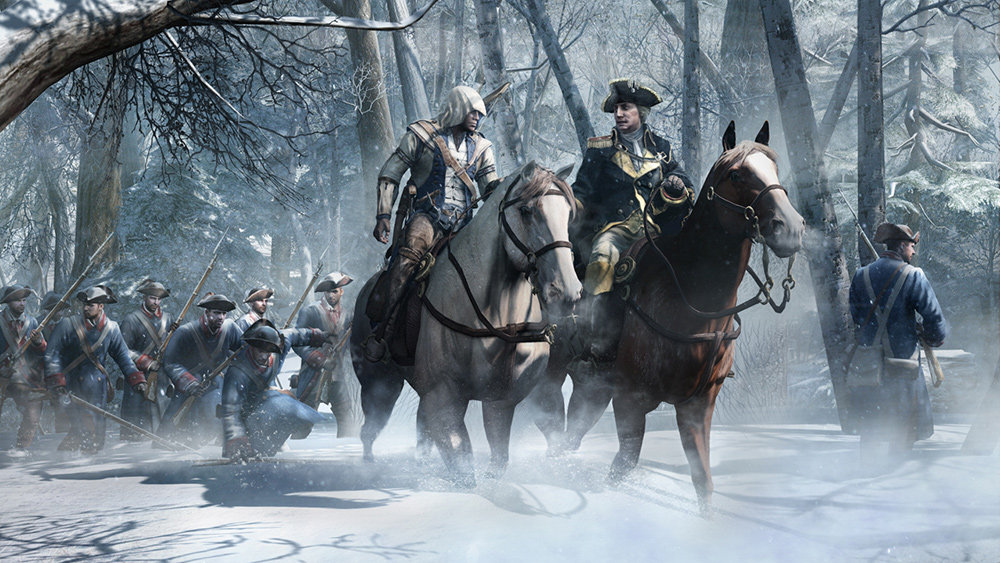 Why wasn’t it IV?

Ubisoft has been going all in for the celebration of its 30th anniversary. For the past six months, it has given out some pretty excellent titles from the history of the studio. Sadly, the final month of the year won’t be anything noteworthy, as instead of gifting out a decent game in the series, Ubisoft is opting for Assassin’s Creed III.

I can sort of understand why some people might dig this one. The setting is quite well realized and the beginning of the game is actually pretty cool. I love that you start off as a Templar (without realizing it) and the story does a lot to try and blur the lines between good and evil, instead of painting everything as black and white. Still, the general gameplay, the tired scenarios, and the lack of polish hurt this title.

I also can’t get around the “Forrest Gump”-style feeling the narrative evokes. I know this is supposed to be historical fiction, but I take so many issues with Paul Revere becoming a glorified GPS. I also can’t stand how Connor is present at the signing of the Declaration of Independence, since that is just plain stupid. At least the series rebounded with Assassin’s Creed IV: Black Flag.

You will be able to grab this game through Uplay on December 7. Don’t even bother trying the multiplayer on PC as not a single soul is playing it. I trudged through this game two years ago and I couldn’t even pretend to get into the multiplayer. Maybe this promotion will increase the player population.

Also, do yourself a favor and ignore the DLC. It is completely worthless.