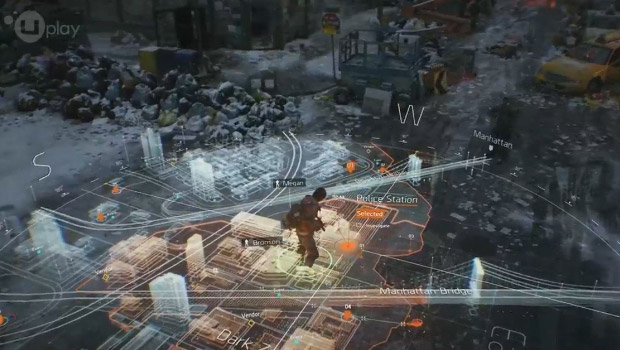 ‘What will it take to save what remains?’

What was probably the most interesting reveal of Ubisoft’s E3 2013 press conference was also among the most depressing. We were led into this new IP with talk of global supply chains, a pandemic spreading on Black Friday, and how the world would inevitably fall into chaos.

Described as an online, open-world RPG experience by developer Massive Entertainment, Tom Clancy’s The Division — of course this is Tom Clancy — will come to PlayStation 4 and Xbox One. Most notable from the demo were a neat floating HUD and a 3D map that popped up on the ground near the player.

While the third-person shooting looked unrefined, everything else about The Division  piqued my interest, like running up against another team of real players seamlessly. Shame we can’t have all of that without the standard cover-based combat.