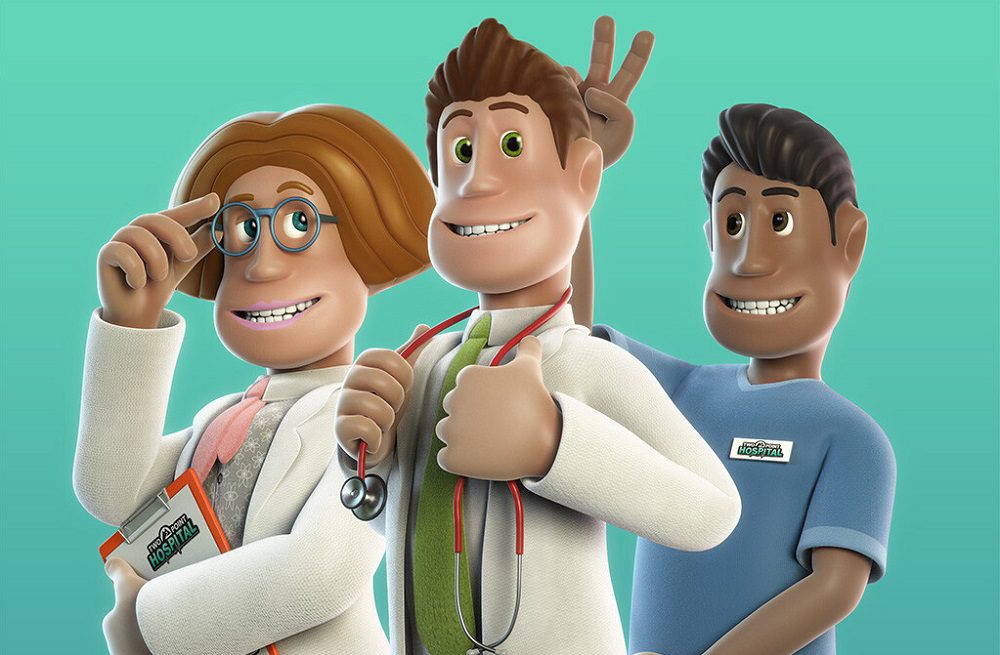 The console editions of Two Point Studios’ Two Point Hospital are set to be brought up to speed in the coming months, with the arrival and several paid expansions and content packs, previously made available on the PC edition of the lighthearted medical management sim.

Launching March 5, both the Off the Grid and Close Encounters expansions will be available to purchase on PS4, Xbox One, and Nintendo Switch. The former features a green ecology theme, while the latter deals with an alien invasion in sleepy Two Point County. Both expansions feature a glut of new locations, illnesses, equipment and music, and Tannoy audio.

And if you’re yet to venture into the halls of Two Point Hospital, then soon will provide the perfect opportunity, as a newly announced “Jumbo Edition” will be launching on all platforms on the same date. This GOTY-style package will retail for around $40 and will include the base game alongside all four expansion packs and multiple DLC content drops. A great way to get your new career as a hospital manager up and running.

Finally, a free update will add a new, objective-based “Remix” mode to Two Point Hospital, tasking players with completing certain goals and achievements under specific conditions and time limits. Also arriving in this update will be the much-requested “Room Templates” feature – essentially a copy-paste function which allows players to save commonly used room layouts for easy replication in every hospital that they build.