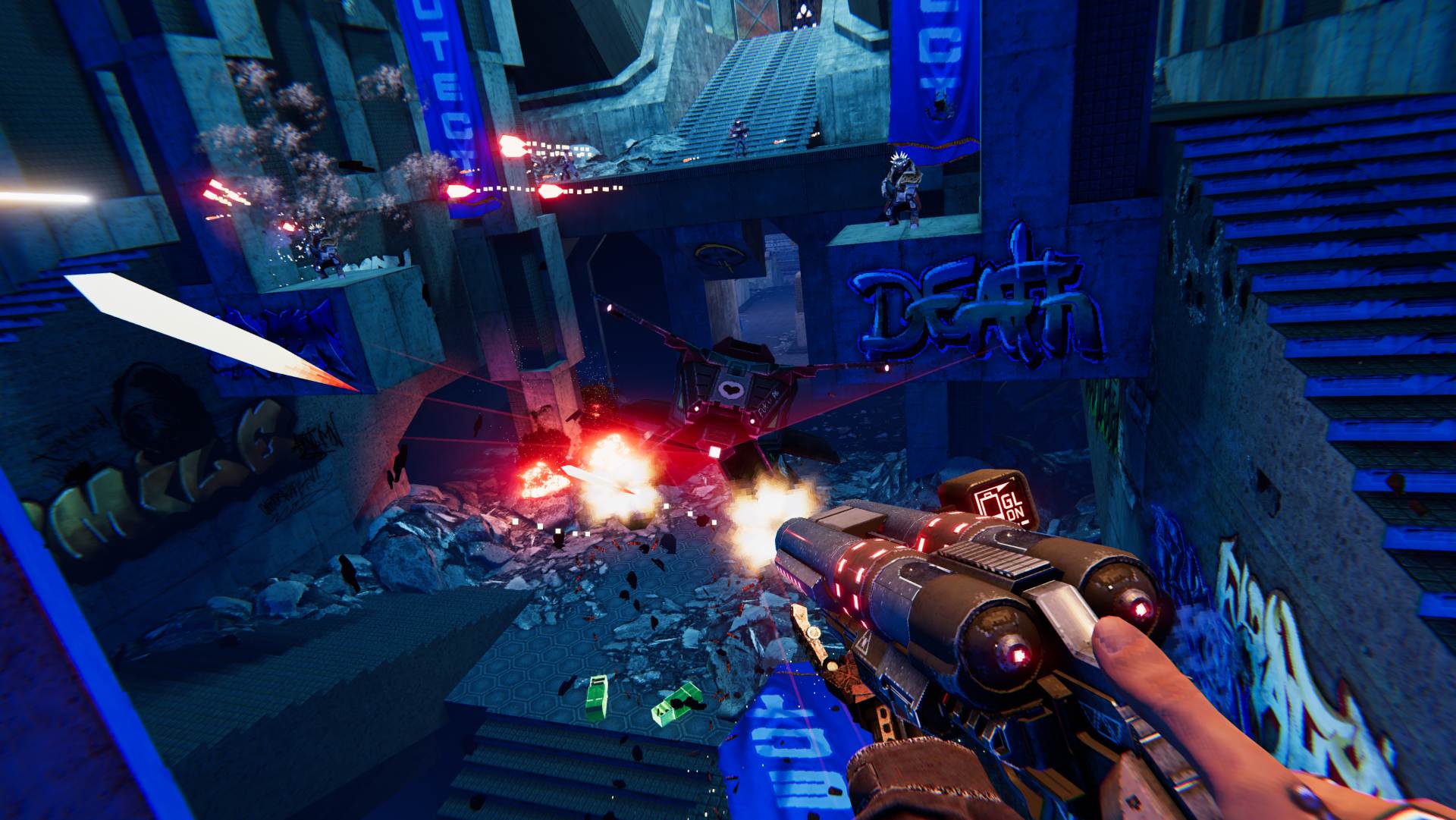 The most dangerous game of footsies

Retro-revival shooters have been having a good go of it lately, and Turbo Overkill looks to continue that trend. This new FPS looks like a cyberpunk dystopia meets the Doom and Quake era, and its targeting PC and consoles in 2022.

Turbo Overkill sees mercenary Johnny Turbo, who happens to have chainsaw legs, battling through a city possessed by a rogue AI for enough cash to outrun his past. Armed with both an arsenal of futuristic weaponry and his aforementioned chainsaws, Johnny will have to outpace rival bounty hunters and take the rogue AI running Paradise down. But seriously, the trailer can tell you what you need to know.

“This is the game we’ve always wanted to play; making it is a dream project,” said Prebble in a press release. “Relentless enemies, extremely deadly and fun weapons, speed and precision above all else—if you love Quake III Arena, modern and classic Doom, or Apogee’s legendary first-person shooters, you’ll feel right at home in Paradise.”

Between new games like Dusk and remasters like the recent one Quake got, it’s been a pretty good time for fans of this style of ’90s FPS. Hopefully Turbo Overkill is another on the list of retro-revival FPS games that sear my retinas and make me consider picking up an old CRT monitor. It’s just not the same on a flatscreen, you know?

Turbo Overkill is aiming to launch on PC via Steam, PlayStation 4, PlayStation 5, Xbox One, Xbox Series X|S, and Nintendo Switch in 2022.