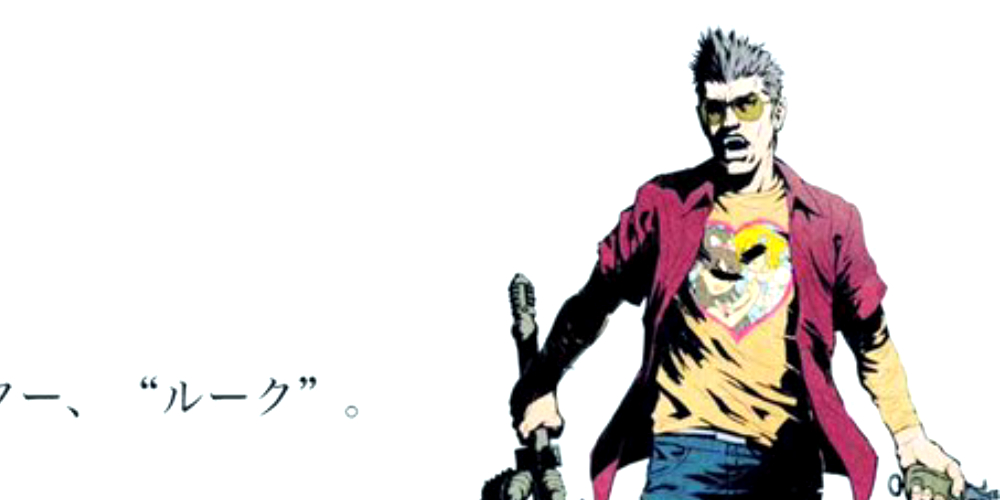 Travis Touchdown and the No More Heroes series both turned 15 this week and, to celebrate, franchise creator SUDA51 shared some unique information about his murderous mascot. Even longtime fans of the franchise such as myself were shocked.

My Japanese is lousy, but I can read the language well enough to recognize the characters “Ru-Ku” in the image above. That translates to English as “Luke”, which alone would have been enough to make Lucasfilm’s lawyers foam at the mouth. Reading through the blurb is a little tougher for me, but per a confirmed A.I, translation from NMH super fan Travis Dies Every Day, the full text reads:

“Modern Jedi Master ‘Luke’. Danshiya ‘Luke’. His real name is Travis Touchdown. A geek and a thug of the hitman business, I will take on any boring killing. There is no creed at all. I go to the mall four times a week. In other words, if you don’t have work, you don’t have time, and you don’t have friends.”

“He runs danshi [boy?] with homemade sabers. All [of] his weapons, Naomi is making. He is currently ranked 11th in the UAA rankings. Fanatical fan of Japanese anime, especially the witch system is a favorite. Now I love it. I love T-shirts.” 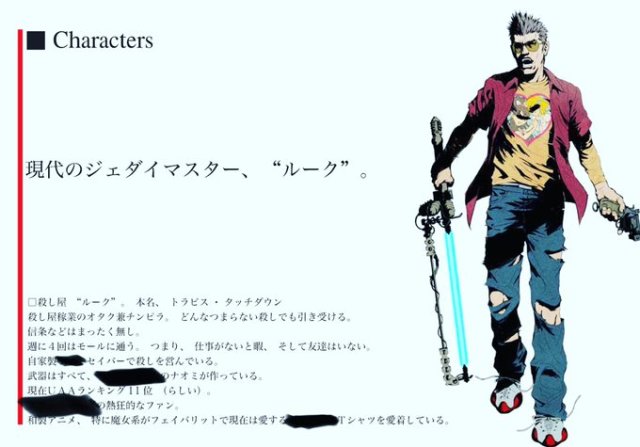 Anyone who’s played the series knows that this isn’t too far from how the actual in-game dialogue might sound. Other than the gun in his left hand, and the overt announcement that Travis is, in-fact, a Jedi named after Luke Skywalker, all of this could, plausibly, have been official!

And wait a minute, wasn’t SUDA51’s company rumored to be working on an Aliens game? That franchise is just one degree of legal separation from Star Wars! Maybe gun-toting Travis with this Skywalking nickname still has a chance of making it.