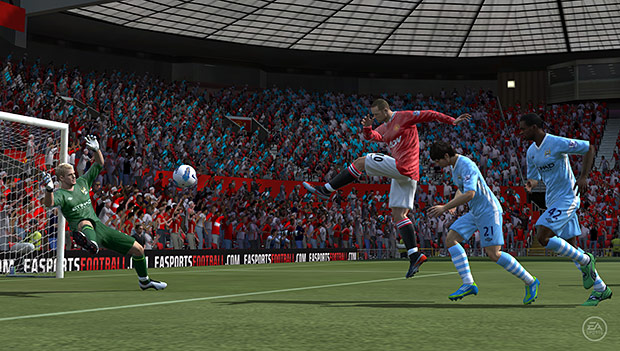 EA Sports is bringing just one game to the PlayStation Vita launch party, but it looks as if that title will be one of the stars of the show. I played FIFA Soccer back in mid-October, and came away feeling like EA Canada has actually translated the console experience to the Vita.

The publisher released a trailer today that highlights the game’s Vita-specific features. In addition to the touchscreen passing and touchpad shooting that I played with, it appears you’ll also be able to use the touchscreen for switching players on defense and free kicks on offense. Apparently, the Vita hardware brings plenty of “pin-point accuracy” to your hands.

FIFA Soccer will launch with the Vita in North America, Europe, and Latin America on February 22, 2012.