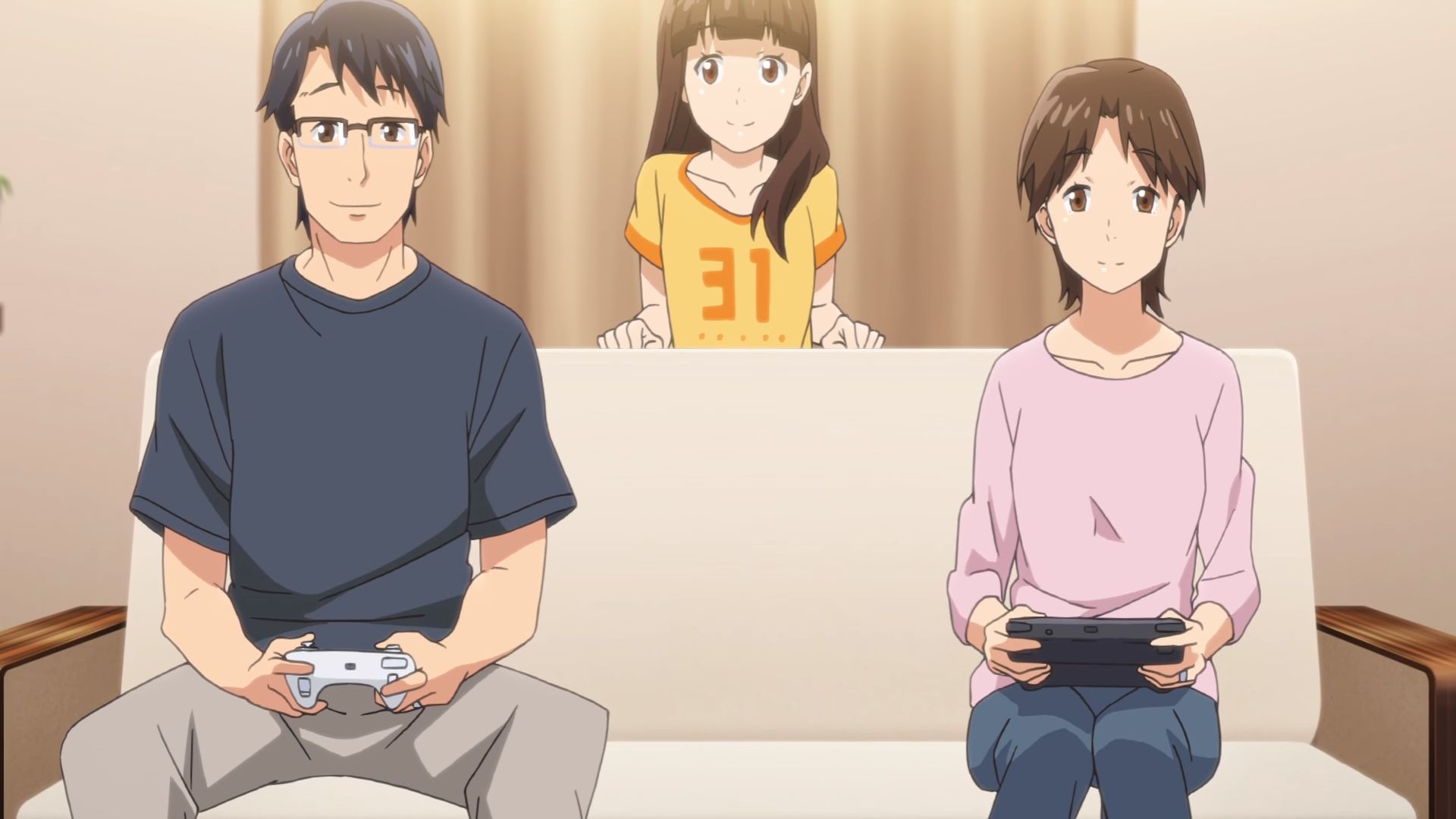 To celebrate the fifth anniversary of online RPG Dragon Quest X, Square Enix asked fans to submit stories about their experience with the game, which Square is going to make into animated shorts. The first, titled “The Feeling of a Name” just released.

A family is watching the in-game fireworks for the fourth anniversary of the game’s launch on August 2, 2016 together. The daughter points out that it seems like everyone is celebrating Yukina’s birthday, which is also August 2. Yukina is the name they gave to their created character, and in a flashback it is revealed they modeled and named their character after their other daughter who passed away.

A year later the father is seen accessing the game from a laptop in a cafe, planning a surprise for his family on the game’s fifth anniversary. When they sit down for the annual in-game fireworks celebration, suddenly all of their in-game friends are wishing Yukina a happy birthday, moving her mother to tears. She would have been 15.

At least two more shorts are planned, with the next titled ““Beyond Time and Space, Meet me in Astoltia.” This is the first I’ve heard of this but what a great idea to celebrate people’s experience with a game.

It’s a good thing the father didn’t put the request out on a random forum, lest their moment be soured like the World of Warcraft funeral raid.