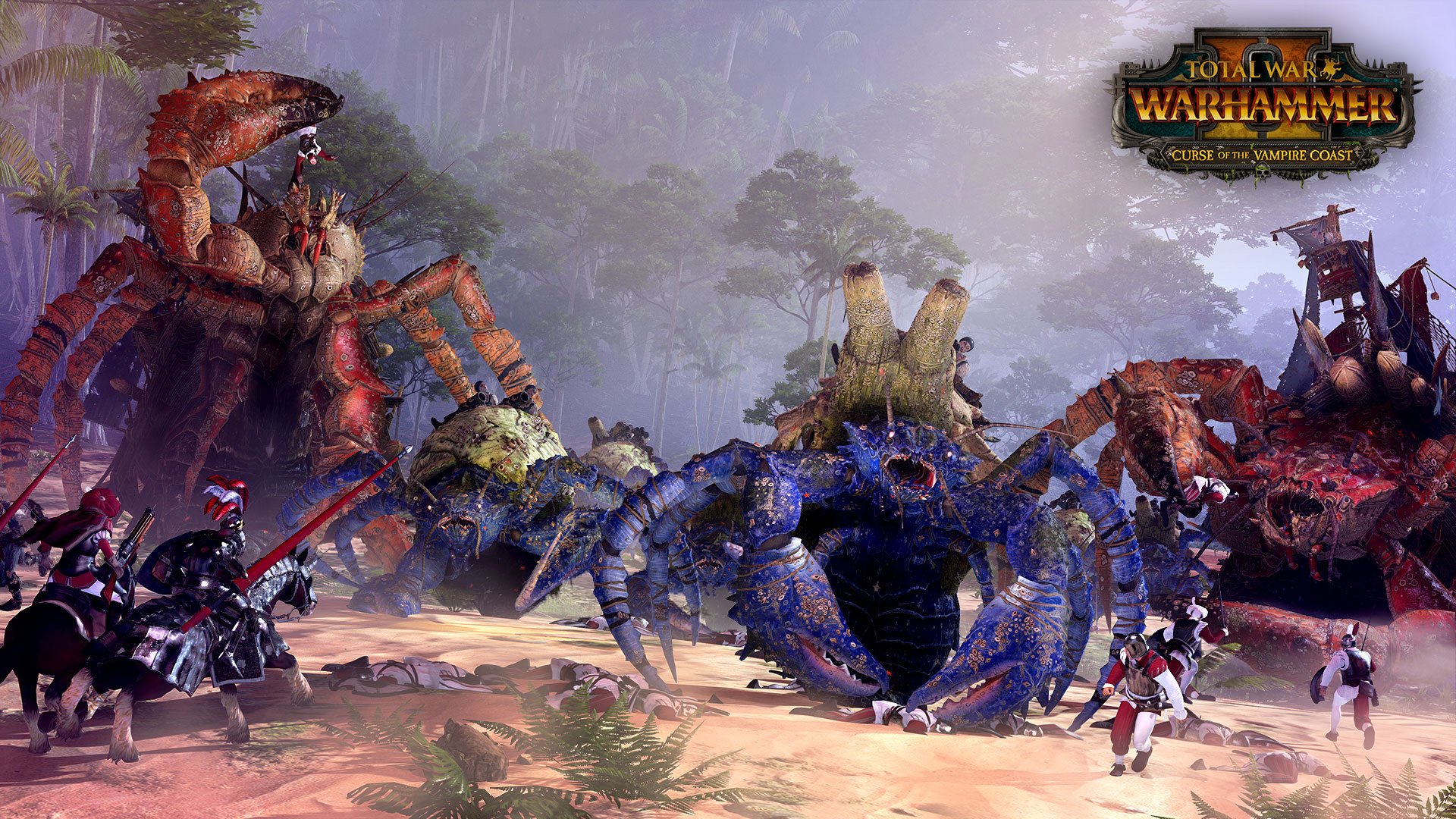 Creative Assembly made the right call by choosing to focus on the Vampire Coast for its next Total War: Warhammer II expansion. When a mad vampire leads a fleet of undead pirates and giant crabs, you know things are escalating. Today’s trailer for Curse of the Vampire Coast sets up the conflict.

To put a stop to the recently-awoken merwyrm Amanar, you’ll need to find a special harpoon and learn three verses to an ancient shanty. There are four playable Legendary Lords (including Luthor Harkon), each of which “must grow their dread reputation to become the most Infamous pirate on the seas. Certain opposing Pirate Captains know the three verses of the ancient shanty and, as your Infamy rivals theirs, they will seek you out in attempt to destroy you. If you best each in battle, you’ll learn each of these verses, all three of which are required to magically charge the Star-Metal Harpoon.”

If you’re mostly just here to see ghoulish armies clash, you’re in luck. Curse of the Vampire Coast is hitting Steam on November 8 for $18.99, but if you don’t buy the expansion, you’ll still be able to face AI-controlled pirate captains and crews with a free update. Creative Assembly is also adding “new mechanics and revised skills and abilities” for Vampire Counts in Mortal Empires.

Warhammer buffs can find nitty-gritty details in this FAQ, but since we’re a month out from launch, the studio is still keeping some secrets. Worth noting: There aren’t full-on naval battles in this specific DLC, but Creative Assembly is planning an “active alternative to auto-resolving naval encounters.”