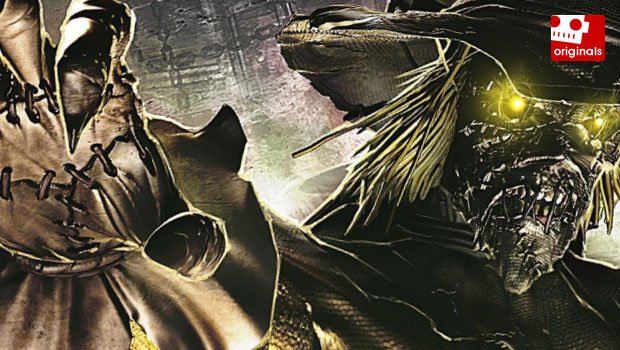 Halloween is almost upon us, which means it’s time for a litany of inane “top things” list articles with vaguely spooky themes!

When it comes to stereotypical Halloween items, scarecrows are among my favorite. I’m not sure why that is, but I’ve always enjoyed stories involving haunted scarecrows and I find something aesthetically pleasant about them, albeit in an eerie way. I don’t want to have sex with them or anything, I just think they’re cool.

Naturally, Halloween causes me to become preoccupied with scarecrows of all types, so I am compelled to list the best videogame-related ones in an effort to exorcise my mind of these ridiculous thoughts. 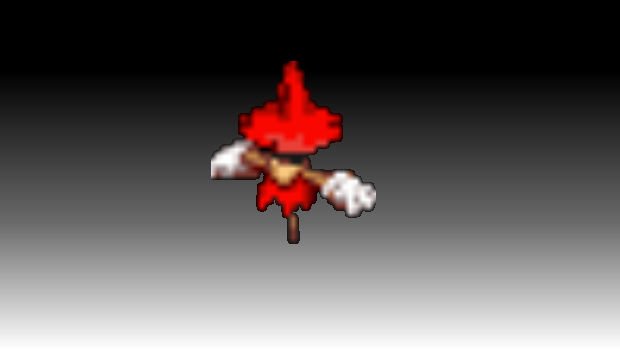 Scarecrow is a status effect in Super Mario RPG: Legend of the Seven Stars, inflicted upon Mario’s team by such hilariously named spells as S’crow Funk and S’crow Bell. When turned into a scarecrow, characters can use magic and defend but are unable to perform physical attacks or use items.

Developed by Square Enix, Super Mario RPG bore several similarities to the Final Fantasy series, and Scarecrow was a straw-flavored take on the infamous Frog or Mini status effects — being a spell that physically alters the victim and limits its ability. It’s quite a terrifying prospect, to be trapped inside the body of a living scarecrow and unable to physically interact with the outside world.

Puts one in mind of Franz Kafka’s Metamorphosis, thus proving that videogames are art and making Super Mario RPG the Citizen Kane of videogames. 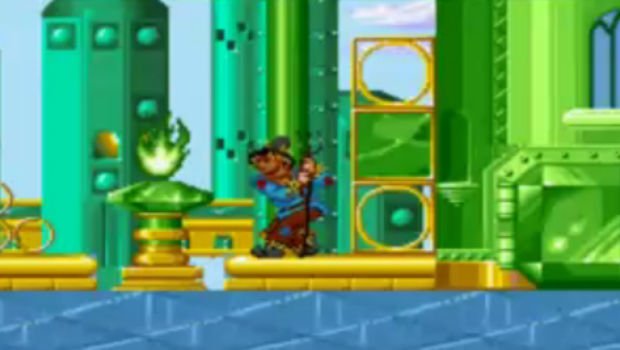 Let it not be said that this industry isn’t prepared to turn anything into a videogame. You’d think that a movie about a naive girl and her idiot friends skipping along a piss-stained path would make for pretty poor gameplay, and by all accounts your prediction wouldn’t be wrong!

This Super Nintendo title was loosely based on the film version of America’s favorite shoe-theft and it’s not considered to be a very good game. Even within the confines of bad software, Scarecrow is considered quite bad. He’s the weakest of the playable characters but he has the best jumps and crows fly away from him, making him slightly more valuable than Tin Man. Look at me, typing as if I’ve ever played this thing and know what I’m talking about! 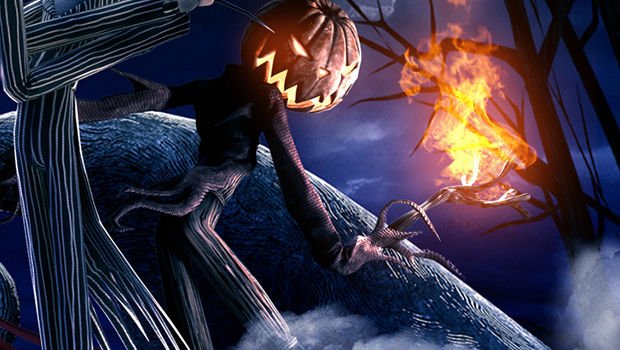 The Nightmare Before Christmas: Oogie’s Revenge was a videogame sequel to the classic Tim Burton movie, published by Capcom and sharing more than a few similarities with Devil May Cry. Aside from its unique sequel status and a range of cool musical boss fights, Oogie’s Revenge was a fairly mediocre game but it did let you play as Jack Skellington’s scarecrow form, The Pumpkin King. That’s pretty badass.

Like his movie counterpart, The Pumpkin King has an affinity with fire, able to burn enemies with a range of flame attacks. I always wanted to see more of Jack’s Pumpkin-headed alter-ego in the movie, due to it being pretty hardcore, so it was nice to get a playable version in the videogame. Just a shame the game itself wasn’t very good. 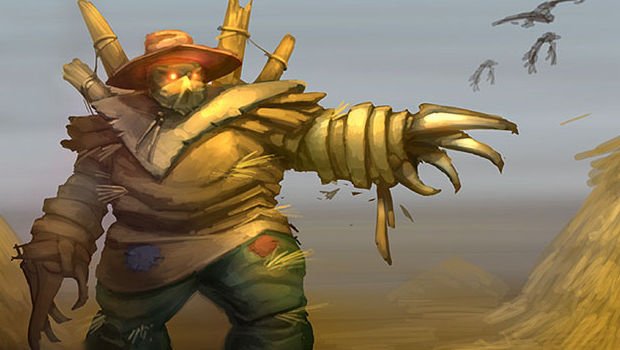 On the surface, Harvest Golems look like ineffectual fat teddy bear scarecrows. However, they are known to be surprisingly agile and merciless in combat, smart enough to appear inanimate just long enough to stab a passer-by in the back with its dagger fingers.

Although these creatures have blatantly been included in this list to pad out the article, they’re pretty neat as far as scarecrows go. So let’s hear it for obscure MMO enemies that nobody cares about! 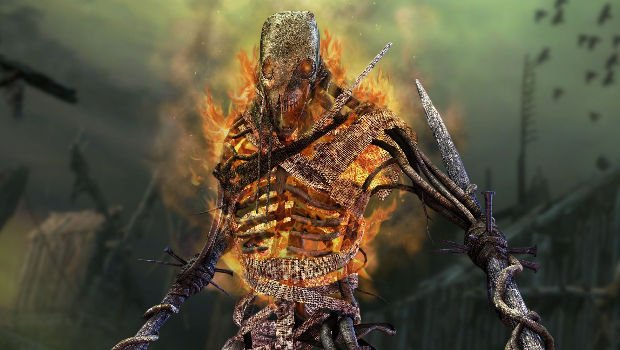 I wasn’t a big fan of Castlevania: Lords of Shadow at all, but I can admit when a bad game does something cool and Lords of Shadow rocked some damn cool scarecrows. In the game, scarecrows are inanimate until Gabriel Belmont wakes them up by making crows land on their head. Once alive, the monsters ignite and become fast-moving, sickle-wielding, terrifying purveyors of death.

Scarecrows make for quick disposable foes in any mildly spooky game, but Lords of Shadow produced some surprisingly threatening ones. They move swiftly and deal high damage, making them among the tougher enemies in the game. Plus, they look so friggin’ awesome, despite the logical issue of having something constructed predominantly of wood spending the majority of its time on fire. 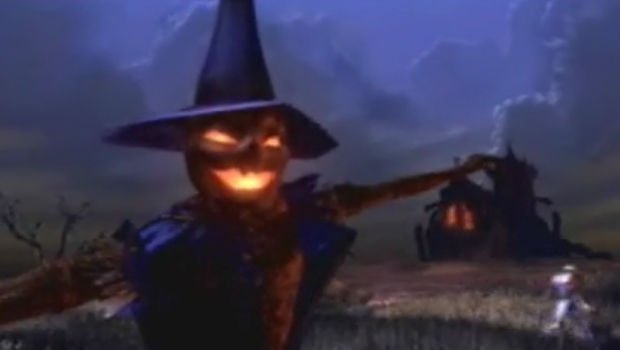 Medievil was a great game for its time but it wasn’t afraid of annoying the shit out of players. Easily among the most infuriating of opponents were the Scarecrows from Scarecrow Fields. Ridiculously tough, these things were likely considered invincible by any kids playing it, though they do eventually go down with enough hits. Getting those hits in just isn’t worth it however, considering how capable they are of annihilating Dan Fortesque’s health with their deadly spinning attacks.

Nevertheless, they are awesome scarecrows and have a really kick-ass evil laugh. Few videogame scarecrows manage to be more intimidating than these straw-packed sons of bitches. 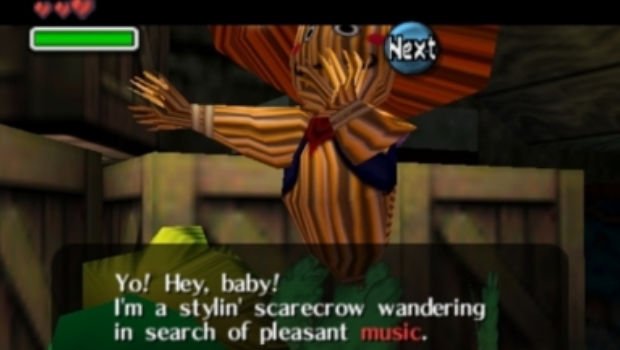 Scarecrows aren’t the most fashionable of creatures, what with their tattered shirts, floppy hats, and tendency to drop straw everywhere. When faced with such a lack of taste, there’s only one thing a living scarecrow can do — spend its existence in denial!

Stylin’ Scarecrow is no more stylish than any other physically deformed sack of farm detritus, yet he’s got the attitude of a winner! Sure, he’s incredibly creepy, referring to a small boy as “baby” and offering to dance with him all night, but he’s doing what he can to live the life of a player despite having a herp-derp face and remaining rooted to a single spot forever.

It doesn’t even matter that he dances like Michael J. Fox on ecstasy pills. You just can’t fault the guy’s spirit! 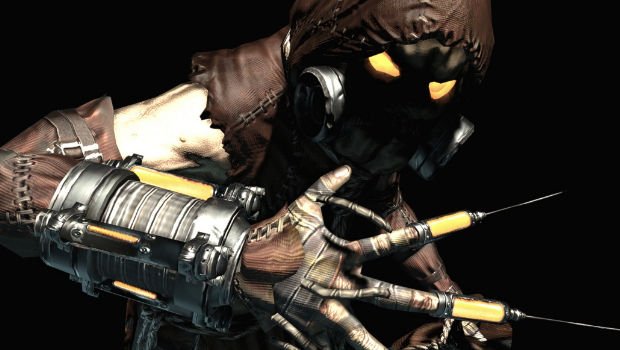 You knew there was no way that Dr. Jonathan Crane wouldn’t make this list. Still hailed as one of the best surprises in videogame history, Batman’s hallucinated encounters with The Scarecrow in Arkham Asylum provided some amazingly memorable sequences. Rocksteady Games did a great job of keeping Crane’s presence a secret until the game was played, and the nightmare sections, in which Batman had to scale a variety of platform levels while avoiding his gaze, were terrific.

The Scarecrow took the fourth-wall breaking of Metal Gear Solid‘s Psycho Mantis and absolutely ran with it, doing a remarkable job of screwing with the player’s mind. Not to mention, Arkham Asylum simply had one of the best representations of the Scarecrow character in all of Batman-related media. It takes a lot to upstage the Joker, but Crane managed it in Arkham Asylum with his unnerving performance, creepy hallucinations and Freddy Krueger syringe-glove.

Truly, Batman’s Scarecrow is the king of all videogame scarecrows.