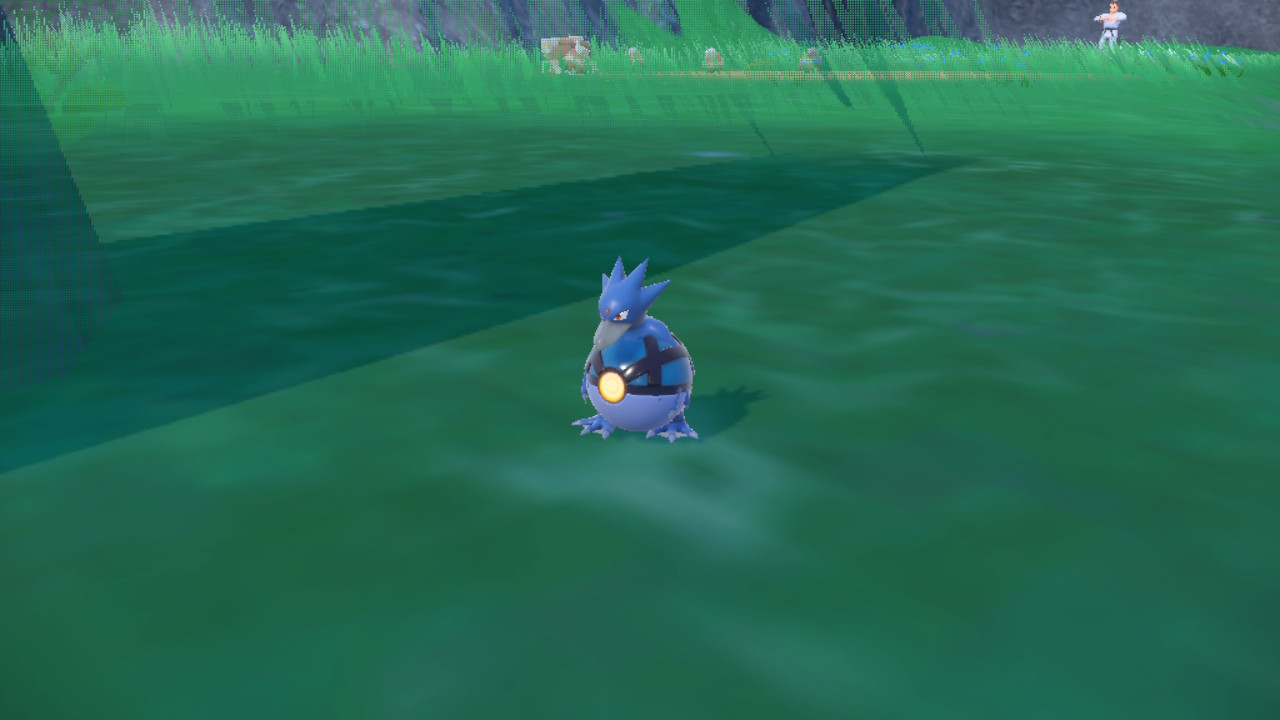 The best of the bad

I’ll be upfront here; I like Pokemon Scarlet & Violet. They move the series forward in several important ways, and there are moments here that are the highest highs of the franchise’s history. Pokemon Scarlet & Violet are also ridiculously buggy. The performance issues are so rampant that they will impact your experience, regardless of your tolerance for low framerates. This is unacceptable for the largest multimedia franchise on the planet.

But you know what? I’ve had some hearty laughs encountering glitches in this game. There are so many weird, unpredictable oddities in Scarlet & Violet that I almost look forward to discovering them. In a perfect world, Game Freak would have intentionally made Pokemon do weird stuff in the background just for the player’s amusement. If Charizard can burn at 3600 degrees Fahrenheit, I see no reason why Chansey can’t noclip through a mountain and wave goodbye to me for lore-appropriate reasons.

These are the five funniest glitches I’ve encountered in Pokemon Scarlet & Violet so far. That’s right, these all happened in my single playthrough. I didn’t need to outsource even a single entry to make this list. Pokemon behave in a variety of ways in Scarlet & Violet. Some run from you, others watch you like they’re worried you’ll steal their lunch. The ones that run towards you have no concept that battles cannot be initiated while you talk to NPCs. Hence you’ll have several opportunities to just… become Pokemon.

I wish I could have played these games earlier, because half-man half-Pupitar would have been a great Halloween costume. I had the pleasure of triggering an evolution after a Titan Pokemon fight. The developers apparently did not anticipate this would ever happen.

After carrying me through a tough battle, Quaxwell had to watch in horror as a copy of him was immediately generated to evolve. Did he know, perhaps, that the universe would discard him after his newly evolved clone entered my roster? Or maybe he realized that he was finally free to go wherever he pleased – preferably somewhere that runs at more than 20 frames per second. 3: Tiny Golduck will not get in that ball for any reason

Golduck and I typically don’t get along. I don’t think I’ve used Psyduck a single time I’ve played Pokemon, and if I did, I didn’t care enough to remember. So I can understand Golduck’s defiance here, but the audacity of the guy to pretend my Pokeball doesn’t even exist!

That’s right, I had the pleasure of watching Golduck shrink to baby size in real-time while my Pokeball awkwardly wiggled in and out of its body. I have never seen a Pokemon look less caught in my entire life, despite the textbox telling me otherwise. That said, I refuse to take another look at this Golduck in my PC. In my mind, tiny Golduck is my one-of-a-kind variant that is just as valuable as a shiny Pokemon. I can’t risk destroying that illusion. This is the most common glitch I’ve encountered. The camera in the battle system is wild, as it routinely pushes itself into angles that defy its own internal rules. On several occasions, this will cause the ground to just disappear, leaving us to gaze upon the skybox we are suspended in.

I know that some of you will make fun of this, but let’s give credit where credit’s due: those trees do look better than they did in Sword & Shield. So here I am, engaged in a Pokemon battle in Medali Town. I think about why Pokemon battles are forbidden back at the academy but are fair game here until I see this middle-aged woman walk by at roughly 15 frames per second. I think it’s a fun visual touch, but I decide to get on with the battle and use Flamethrower.

Except, wouldn’t you know that this absolute fearless woman decides to hook a left and walk straight into my attack. I was stunned because no way in 100 years could I have timed that on purpose. Yet this left me considering two possibilities. The first of which is that I have terribly altered this poor woman’s life forever. With burns like that, she’s not using that leg again any time soon.

Yet the second, perhaps more horrifying option is that she took no damage at all. Keep in mind that there is no Pokemon Type with Fire immunity, and clearly she doesn’t know Flame Absorb since she did not stop to get healed. This has vast implications to the world of Pokemon, and I want to know the truth of it all. If anyone is primed to shake up the Pokemon metagame, it’s middle-aged woman with sunglasses.