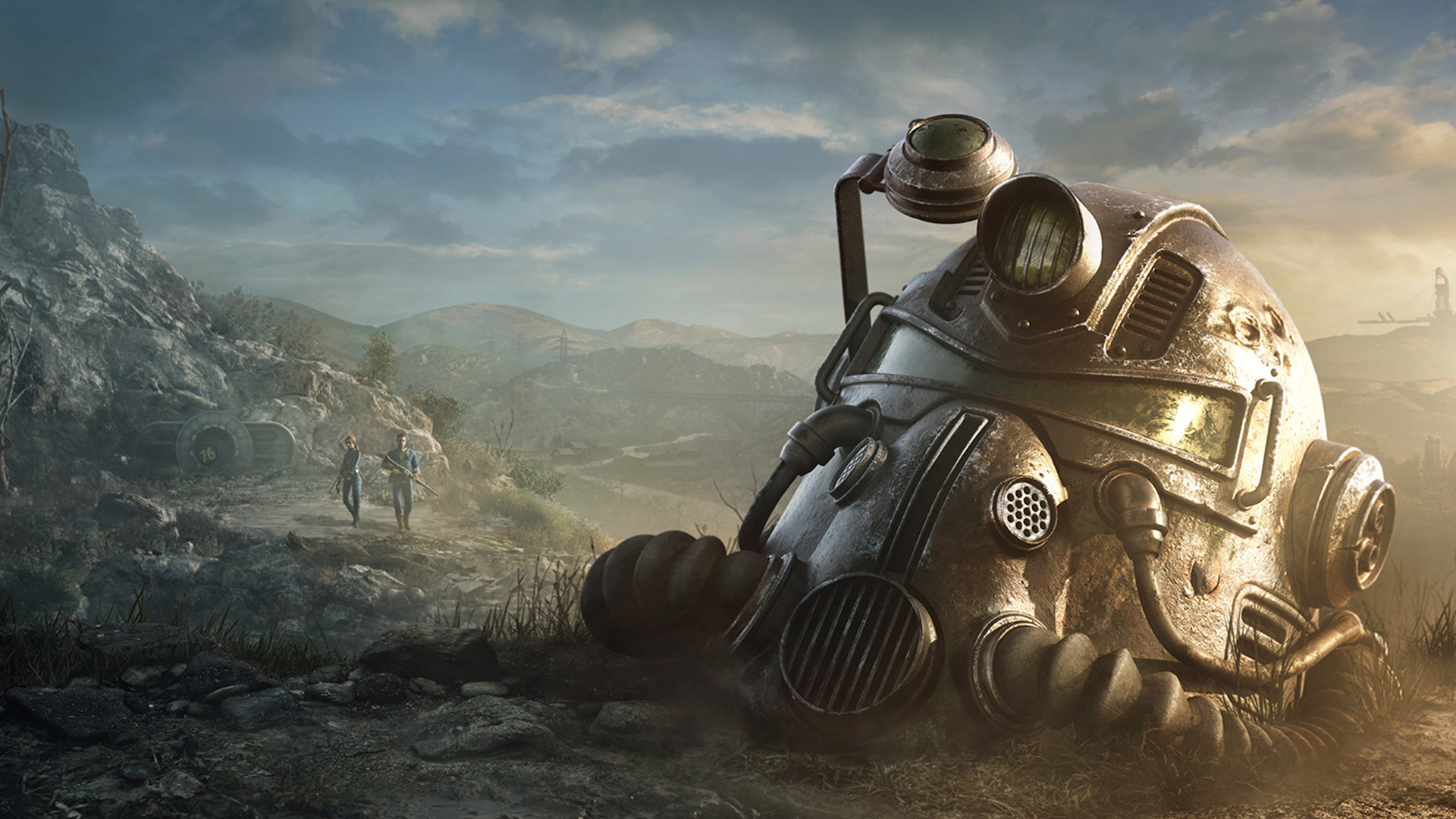 “Confusing” would be a good single word summary of the announcement and overall build up to the release of Fallout 76 so far. Since the announcement trailer and even right up to the E3 2018 gameplay demo at Bethesda’s own conference, many people have just been straight up confused in regards to what Fallout 76 even is. But, to be fair to those confused, Bethesda hasn’t exactly been entirely clear themselves and I’d even go as far as saying the unveiling of this game, in general, was horribly botched.

The fact most people were still confused if they could play in a typical single-player fashion (similar to that of the previous games) after the E3 gameplay demo, is just further evidence of this. The odd choice of wording on to that very question in general and the lack of overall info has lead everyone to assume the worst — which is probably not what Bethesda was anticipating, at all.

So, it shouldn’t surprise anyone that Todd Howard is doing rounds of interviews with various outlets in an attempt to get as much information out there as he can. But, this most recent interview with Multiplayer.it (in Italian, but translated thanks to the folks over at Reddit) has revealed some new information that answers some pretty notable questions people have had. That said, I’ll just be highlighting the most interesting information, so, for those interested in the full interview, I recommend checking out the Reddit post itself. 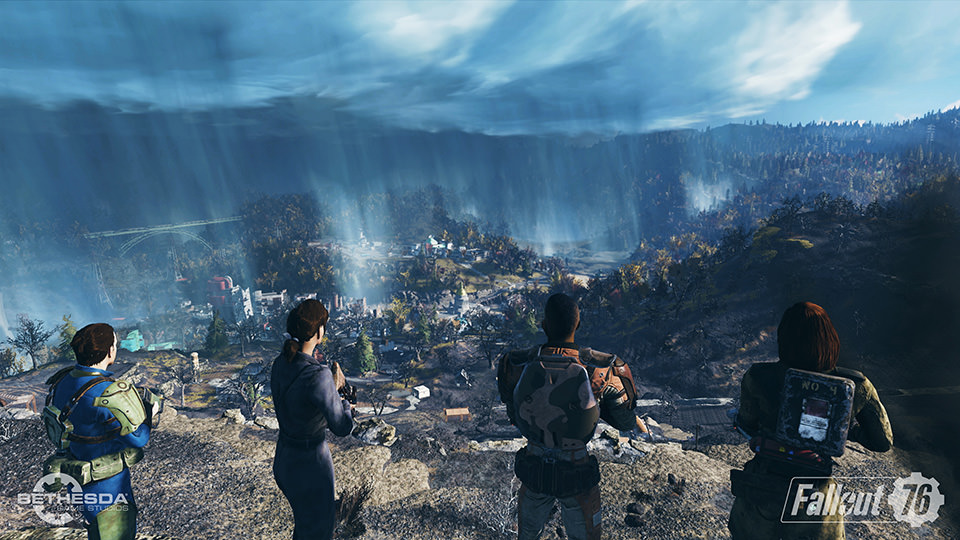 When asked by Multiplayer.it if Fallout 76 would contain any type of single player component or possible PvE areas on the map or even PvE dedicated servers (like in World of Warcraft), Todd had this to say:

“Not at the launch. When you come into play you can see the other players but you will not be forced to interact with them; you can play on your own. You can see them but you do not have to fight them. Maybe you can use them to exchange items, to join a team, or you can visit their camp. There are a lot of things you can do with other players that is not a comparison with weapons. However, one of our long-term plans is to have servers where you can live your lonely world. You alone. Or at the limit where you can invite only your friends; or you can apply mods and change the rules at your discretion. All of this is in our projects but there will not be at the launch of the game.”

However, what was even more interesting was Todd’s response to how they planned on dealing with potential griefers — and more specifically — those that decide to camp outside of the Vault itself as an example.

“There are several tricks we are implementing to prevent the other players from doing exactly the things you describe. For example, at the moment you can not kill a player until he reaches level 5. Maybe we will change this rule, but we are aware of the risks because that stuff does not appeal to us either. But it does not scare us to try new things and leave the players the total freedom to fight at their discretion or to not do so if they are not interested.”

Following that, Multiplayer.it asked Todd what would happen if a player’s base camp was bombed or they potentially disconnected from the game, in which he responded the base will simply disappear if you’re offline. As for potential damage to your base, Todd had this to say:

“Yes, other players can damage it, but only partially. But it costs very little to repair it. The reason we make it damaged is that it is possible to confine another player in the camp if it cannot break it becomes a problem. That’s why we decided to make the camps destructible: not because we want to stimulate others to attack your shelter but to prevent players from using the camp to annoy other players. It’s still very easy to repair and when you get disconnected, it disappears.”

This was then followed up with a very interesting question for Todd, asking what would happen if another player decided to build their base exactly where your base is in general, Todd had this to say in response:

“Theoretically it is possible but considers that the world is really huge. Now I’ll explain something. Imagine that as soon as you leave the vault you want to build your camp in the immediate vicinity. Keep in mind that the construction and assembly module is mobile so you are continuing to play Fallout and you realize that at a certain distance there is a beautiful hill overlooking a valley with a splendid view and then you want to build your camp there. And in a moment you can move it. If for some reason someone builds above your position, you can move your shelter somewhere else, or you can start damaging that camp until you persuade the other player to move. It depends entirely on you. But it’s really rare, very rare, for two people to build at the same spot.” 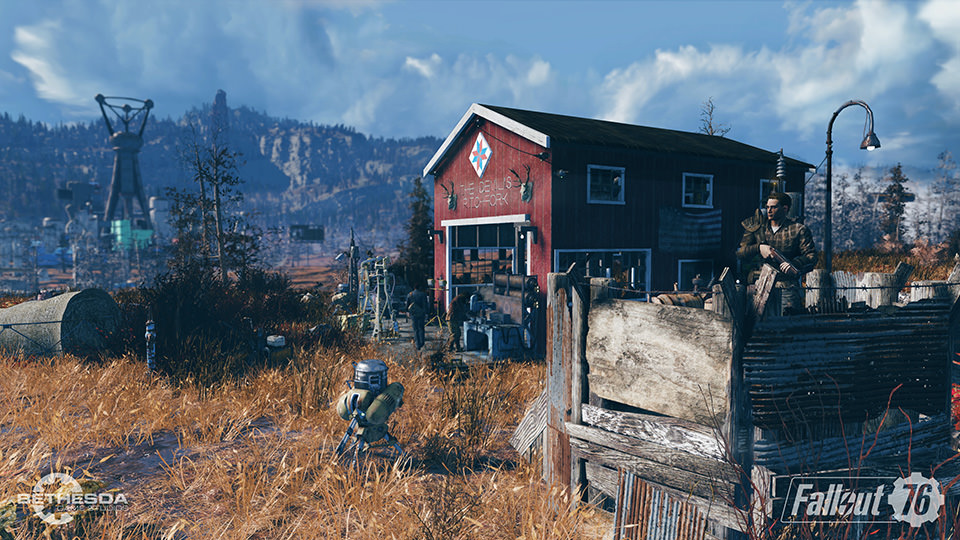 Following all this were some other questions and information — such as the game not including any actual NPC characters — just player characters. As well as confirmation that quests will be doled out from a variety of things such as robots, terminals, holotapes, and even other players. As well as a confirmation of basic things such as a day and night cycle and server synchronization to go along with that.

All that said, I’m still curious if overall progression will be server-side as well or even the bases themselves. But, I’m sure we’ll know plenty more once the Fallout 76 beta tests start rolling out. I’m still hopeful for this game, as I think the potential in a co-operative survival experience as Vault dwellers fresh out of a Vault has huge potential, I’m just not so sure about the execution.