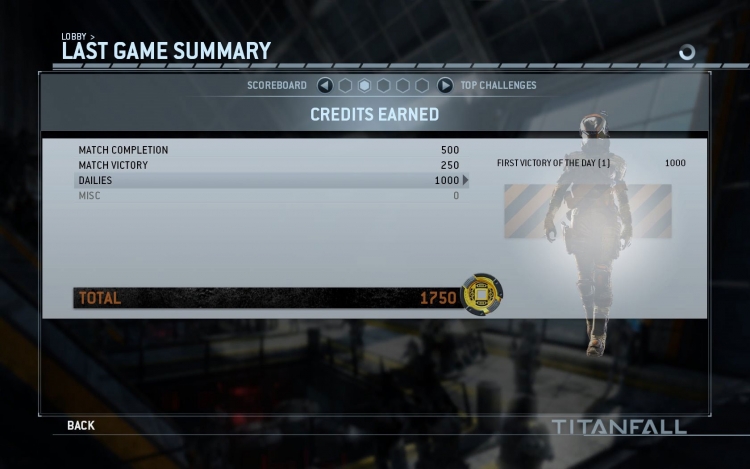 Titanfall is getting a currency system in the form of the “Black Market,” which allows you to buy and sell burn cards and insignia. The system is very simple — if you don’t like your burn cards and participate in normal play (or daily challenges), you can buy cards you want. It unlocks at level 11.

Developer Respawn notes that microtransactions are not going to be a thing, especially when the system launches on July 31. But as Sean Connery has said since 1983, never say never. Additionally, Titanfall‘s second map pack, Frontier’s Edge is out on July 31 for Xbox One and PC — the Xbox 360 is out in the wind for now with no announced date.