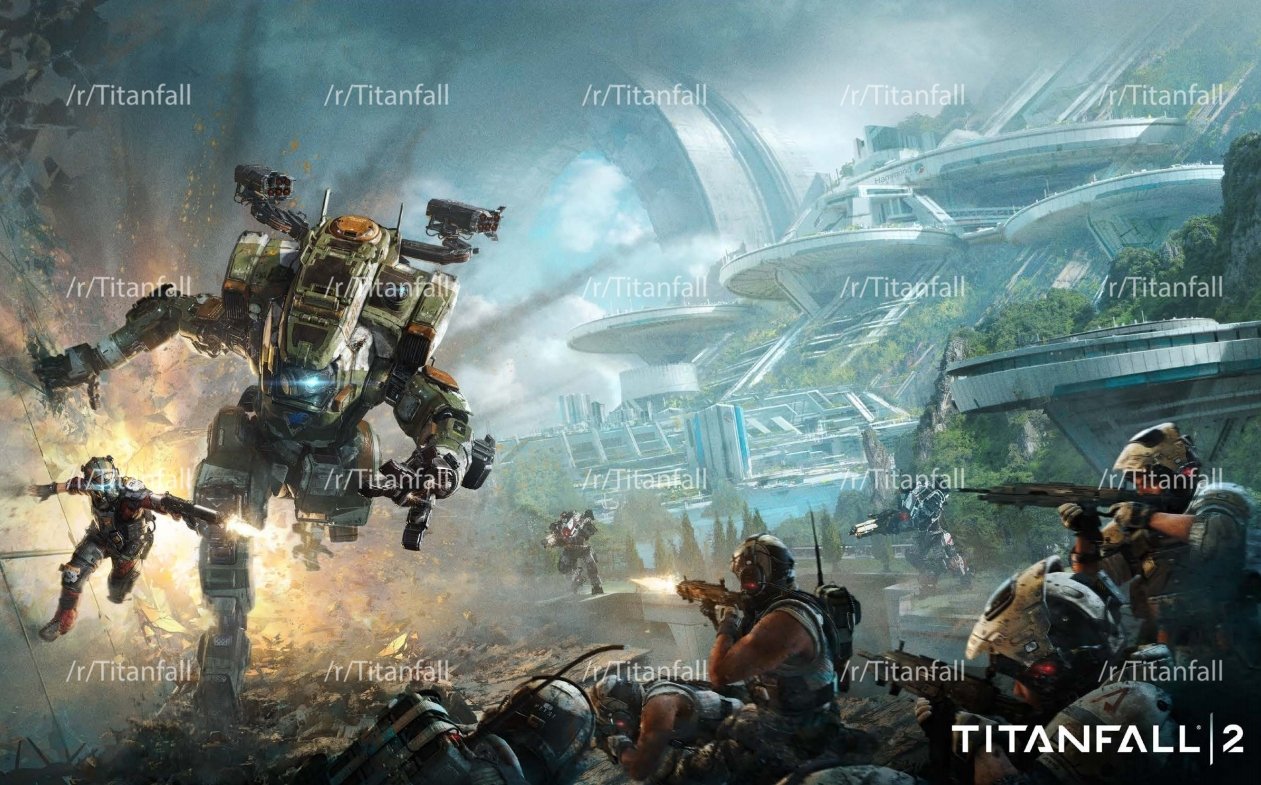 We’re a couple weeks away from EA’s information blowout near E3, but joining today’s reports about two new Xbox One models to be announced at the show is a now-deleted Reddit post that offered new information about Titanfall 2, including a grappling hook mechanics that can be used for, “getting into your Titan, aiding free-running, or tactical plays such as pulling enemies while they’re midair.”

All of which sounds dope as hell. Playing Overwatch as Widowmaker has me missing 007: Agent Under Fire‘s Q-Claw (Frinesi, Trip Mines, and Q-Claw only, in the Abbey) which didn’t have no ten second cool down. Uncharted 4 recently got into grappling hooks as well. Year of the grappling hook. The poster also leaked this full art piece, a portion of which is currently partially visible on the official website.

The tipster also alleges Titanfall 2 will have bigger maps and release in October, same month as Battlefield 1 — Titanfall 2 was previously confirmed for release somewhere between October 1 and December 31 — which seems sort of surprising, though the audiences may be slightly different. I’m pretty jazzed nonetheless. I liked Titanfall well enough, but adding grappling hooks and swords is my kind of excitement. Unburdened by a last gen 360 release, it could be a fun time.

Until we get word one way another, revisit our Nic Rowen’s hopes and dreams for the Titanfall sequel.