Here’s a thing that someone writing for a gaming website probably shouldn’t say: I didn’t play many new games in 2022.

It’s been a tough year. I’m sure I’m not the only person who had trouble getting back on their feet after that whole COVID thing threw the world into upheaval, and it certainly impacted my gaming habits. Had I known I’d be on the front page of Destructoid, I would have spent less time chipping away at my years-long backlog. Yet here I am, and regardless of the quantity of new games I played, I feel very strongly about the quality of the ones I did.

I’m playing fast and loose with what a “Game of 2022” is. Otherwise, I’d have to make up fake games in RPG Maker to fill out this list. Without further ado, here are my standout games of the year, excluding the totally real game about Jimothy Donbleau making the best game of 2022 that I promise came out recently. 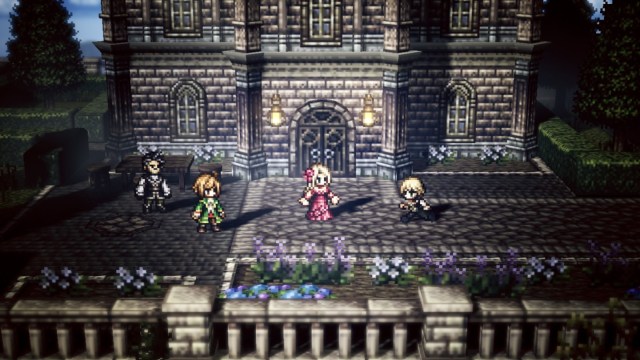 Octopath Traveler: Champions of the Continent

I’d normally exclude a gacha from a list like this out of principle. That said, Octopath Traveler: Champions of the Continent has two major things going for it: there is no time-limited content, and it’s a genuinely fun RPG.

Even though it borrows many assets from the console Octopath Traveler, this feels like a proper successor to the game more than a cash grab. The 8-person parties offer an engaging twist on the combat, exploration feels great on a touchscreen, and the writing is arguably better here than in the original game. As far as “free” mobile RPGs go, this is one of the highest-quality titles you’ll find. 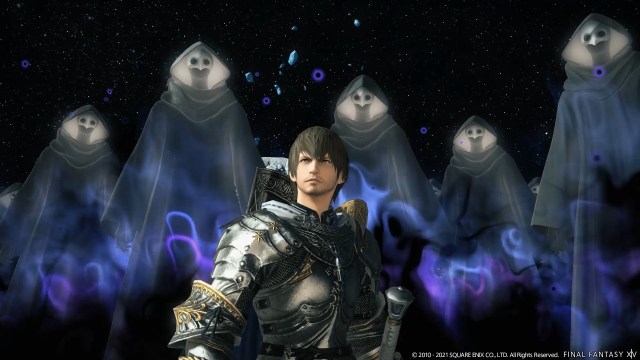 This came out right at the end of 2021, but let’s be real: with those server issues, it was a miracle if anyone could finish this before 2022.

As I was playing Endwalker, I could feel the weight everyone on the staff must have felt to give this decade-long story a satisfying conclusion. Yet aside from a handful of nitpicks, Endwalker delivered everything that I hoped it would. I laughed hard, I cried hard, and I jammed hard to Soken’s best soundtrack yet. I don’t know if I’ll play Final Fantasy XIV long enough to see the conclusion of its next story arc, but I’ll cherish this wonderful ending as one of my most beloved gaming memories. 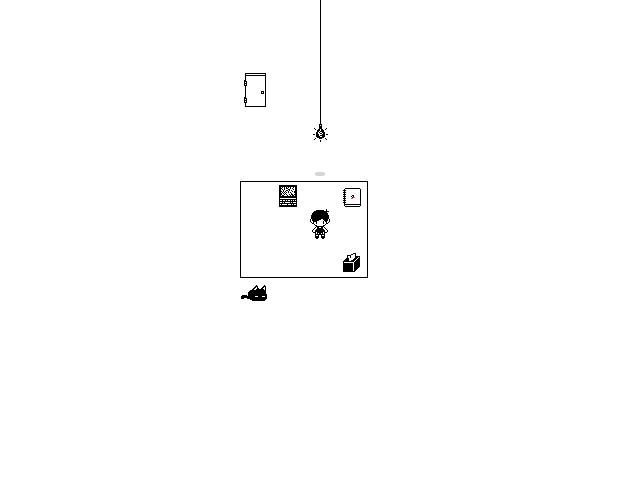 The console release of Omori this year prompted me to finally give it a shot. Several months later, I still don’t know what to think about it. Of Omori’s roughly 20 hour playtime, I’d say 12 of those hours were practically a waste of space. I routinely thought to myself that OMOCAT’s team made gameplay decisions based on whether they could and not whether they should.

So why am I listing it as a game of the year? Well, when Omori is at its best, it is incredible. There are moments so powerful in this game that I had to stop and take a break just to mentally process them. The entire final act of the “good” ending in particular is one of the greatest experiences I’ve ever had with a video game. I hope that, someday, someone comes along and rethinks the dream world gameplay and ties its story elements more closely to the far superior main plot of the game. Yet in the meantime, I’d say it’s worth struggling through the rough parts of Omori to get to the good stuff. It’s that good. 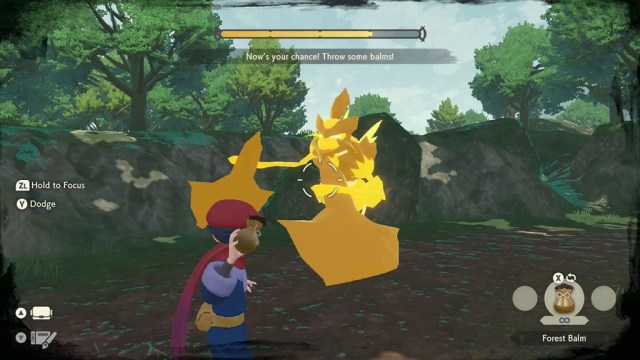 Pokemon Legends: Arceus is the massive surge of innovation that the Pokemon franchise has needed for decades. Even with the clearly rushed development cycle that has plagued this series since the 3DS era, Legends: Arceus somehow manages to merge action combat and traditional turn-based battles into a brilliant cocktail that stands as one of the best Pokemon games ever made.

I desperately hope the next mainline game in this series can be given the time and resources to learn lessons from Legends: Arceus. Game Freak has come tantalizingly close to making all-time classic games this year, and I want to see what this team is capable of when they can achieve their full potential. 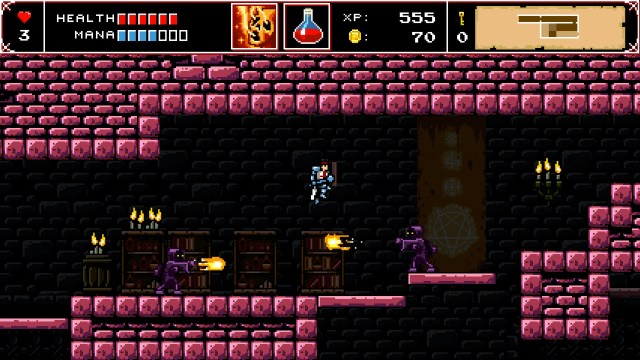 Infernax is easily my biggest surprise of the year. I’m all for games that move me on a deep, emotional level, but I’m also a retro gamer at my core. While many indie games merely approximate what made retro games good, Infernax completely recaptures that magic. The platforming and combat are tight, the difficulty is spot on, and there is plenty of replay value with unlockable characters and multiple endings.

I had fun from start to finish in Infernax, and I can’t wait to revisit this game as Berzerk Studios adds new content and characters. 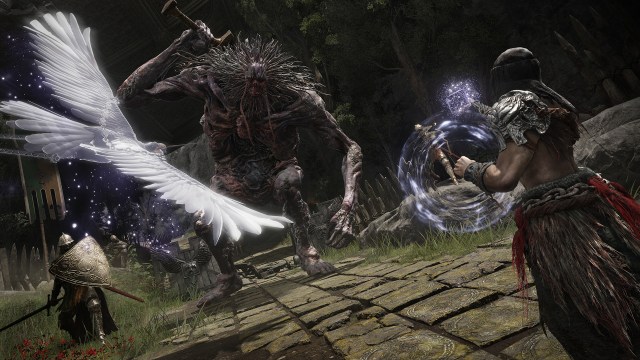 I can’t tell you a single thing about Elden Ring you haven’t heard before. It’s groundbreaking, breathtaking, and probably my favorite open world to explore yet. The moment my casual-gamer cousin told me he put 100 hours into Elden Ring, I knew this game was more special than I could have ever imagined.

I’d tell you to buy the game, but let’s be real; if you were interested then you probably did already. 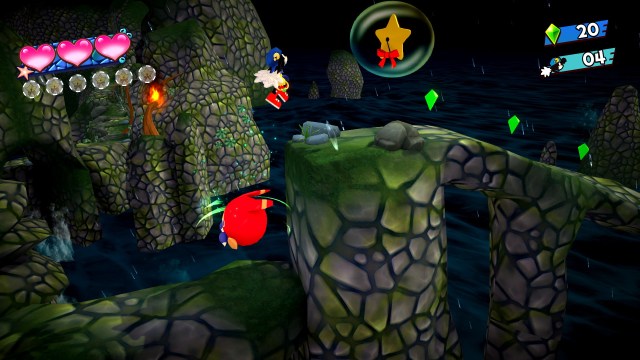 I will never stop beating the drum for Klonoa 2. From my days of writing community blogs on Destructoid, I’ve begged for the game to come to modern platforms. Phantasy Reverie Series fulfills a dream I’ve had for over a decade, and judging from the Overwhelmingly Positive Steam reviews, I’m not the only one.

Between Endwalker, Omori, and Klonoa, sorrow was a recurring theme in the games I enjoyed this year. I do love how Endwalker and Omori are both ultimately stories of hope. They teach that things will get better no matter how dark the world seems, and you just need to hang on to that wish for a better future. Yet Klonoa is still so profound to me because sorrow isn’t necessarily the enemy. It is an inevitable part of life, and if we don’t embrace it, we’ll continue to hurt ourselves. As a kid, this message resonated with me unlike any video game had to that point. As a thirty-something adult, it hits just as hard.

Both Klonoa games in Phantasy Reverie Series tell a subtle, yet incredibly important tale that has stuck with me for literal decades. While I do think Phantasy Reverie Series could have done more with these games than it did, this is still an excellent way to play and preserve two classic games that have been nearly impossible to find until now. Even if you wait for a sale, you absolutely owe it to yourself to experience these titles. Klonoa is a mascot platformer that aspired to be so much more than its competition in the 90s, and these games are worth celebrating for everything they wanted to achieve.

This is my game of the year, and I give Bandai Namco full permission to put that in the Steam description. 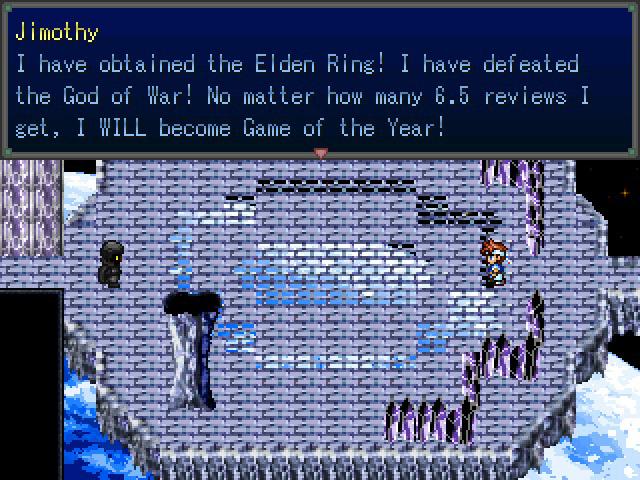 Jimothy Donbleau’s Quest for Game of the Year

I have no restraint or self-control.