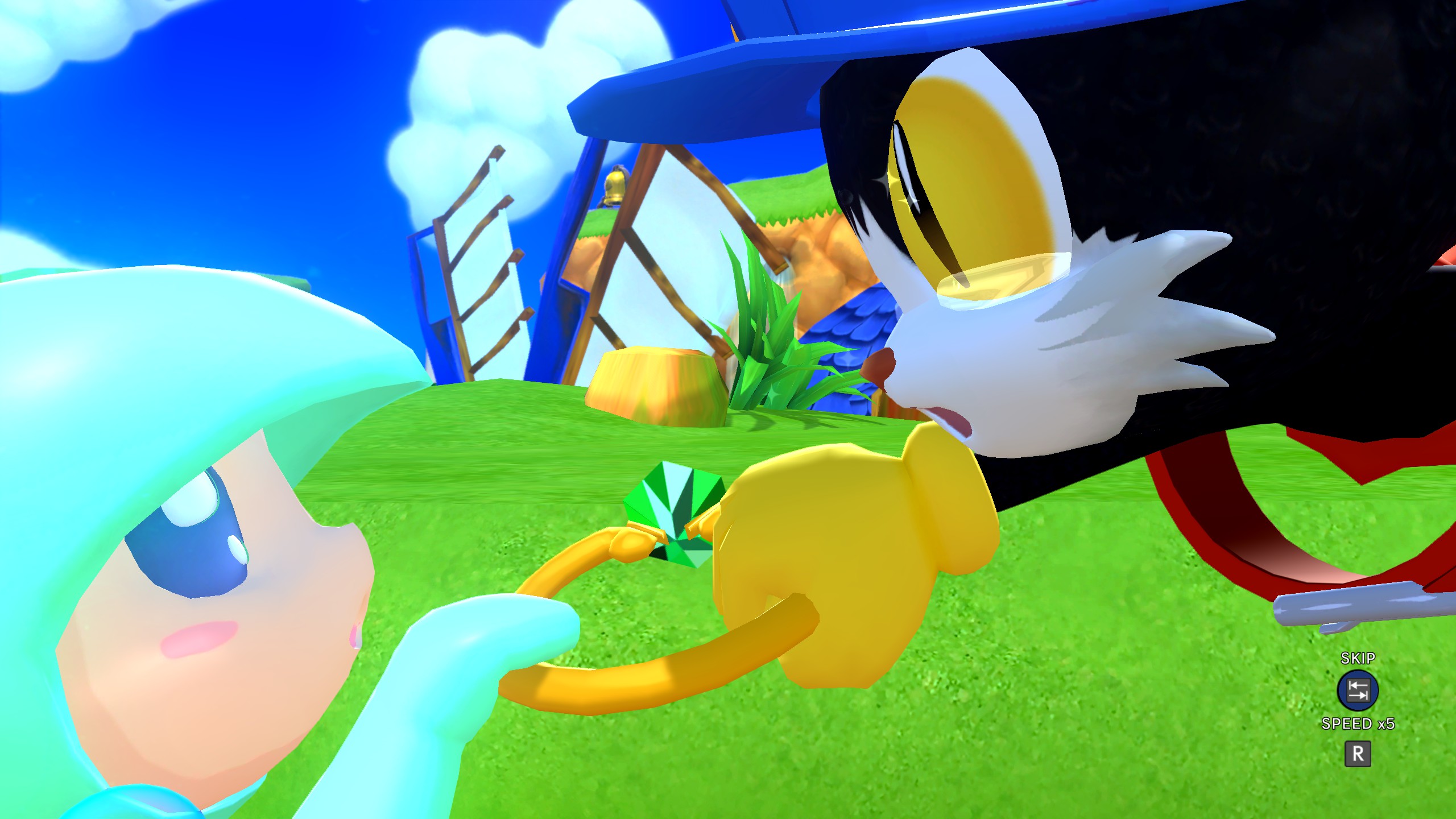 Everyone plays video games for different reasons. For some, it’s stress relief. For others, it’s community. I can’t pin my own tastes down, but I do know that if a game made me cry, I probably liked it a lot.

To me, video games have unique opportunities to tug at the heart strings. It is wonderful to learn about a world and its characters for 20, 50, or even 100 hours. If done right, a game can use this space to tell evocative stories that wouldn’t work in other media. As I was making this list, I realized that so many games have succeeded this way that I had a hard time pinning down just five. I know I’ll miss several worthy moments that deserve a slot, so I went with my gut and picked the games that genuinely changed my life. Whether I learned a valuable lesson or just needed a good cry, these are the five moments that have stuck with me to this day.

Many of these entries pertain to the endings or final battles of their respective games. Rather than spoil them outright, I’ll be talking about the themes they cover in vague terms. If they sound interesting to you, please give them a shot if you haven’t already. 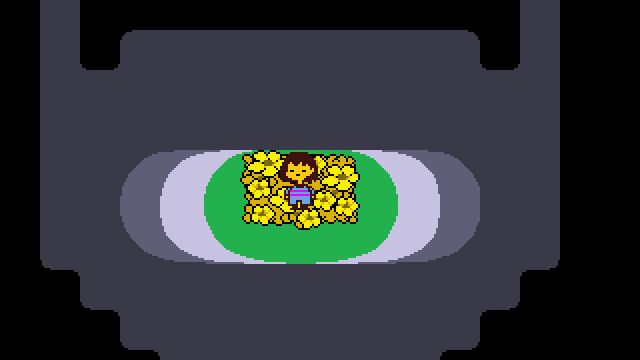 Undertale sits in a place of modern internet memery that is often incomprehensible. I can’t explain why the words “sans undertale” inherently strikes my funny bone, but it does. This makes it easy to forget that Undertale is a genuinely heart-wrenching game, and there is so much I love about the ending of its Pacifist route.

Undertale presents a world where kindness is always the answer. No matter who your enemy is, compassion will yield the greatest reward. By the game’s own admission, this is not a realistic way to approach life. Yet living in Undertale’s world for a handful of hours is absolute catharsis. It is so comforting to see a story where your greatest enemy does not need to be slain. Instead, all they need is to be hugged and understood. 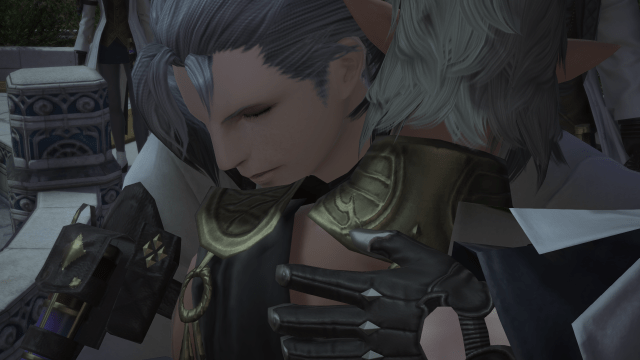 4: “Reading the words you penned in that shaky hand.” – Final Fantasy XIV: Endwalker

There are many moments in Final Fantasy XIV that qualify for this list. I imagine at least one person is thinking “How could you not pick THAT moment from Heavensward!?” Yet the scene in Endwalker where Urianger meets Moenbryda’s parents is one of those uniquely powerful moments that takes advantage of the MMORPG format.

It’s easy to get desensitized to tragedies. Deaths on the news become numbers after a certain point. There were a lot of reasons why events in A Realm Reborn bounced off me initially and didn’t garner much of a response. Yet this scene in Endwalker made me reevaluate that. This character who was part of the story for such a short time has a family, dreams, and aspirations. She means almost nothing to me, but everything to the people in this scene. When we think of MMORPGs, we think of vast open worlds that exist for our enjoyment. Yet it’s powerful when this same format is used to remind us that the world is a big place, and in many people’s stories, someone else was the main character. 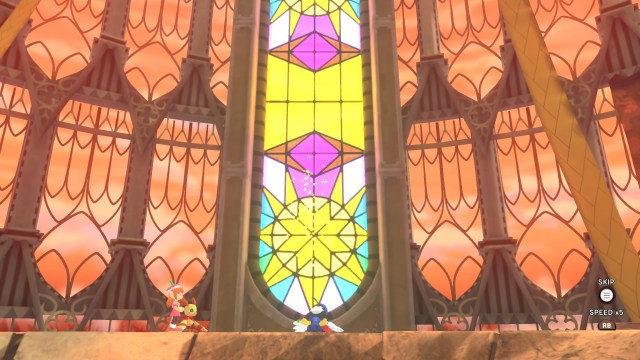 There is no talking about the ending of Klonoa 2 without Klonoa 1. Both work independently of each other, but each thematically bookend a poignant subject in a way that was years ahead of their time.

In the console Klonoa games, sadness is an inevitability. Life is full of painful tragedies and difficult goodbyes. Yet rather than dread these moments, Klonoa tells us they should be celebrated. There is no life and no future in suppressing your heartache. It is only by embracing these moments that we can keep our loved ones close to us after they’ve gone. Though Klonoa deals with heavy topics, I am still amazed that they were presented so well that I could fully understand them as a child. Even if Klonoa 3 is never created, these two games we got tell a perfect, complete story. 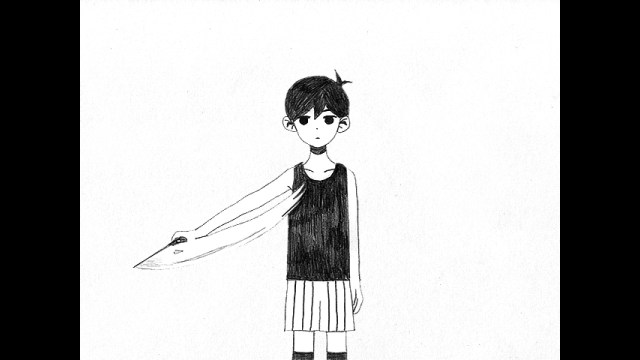 On the surface, Omori is an Earthbound clone in an ocean of Earthbound clones. For much of its playtime, it is a standard RPG with dreamy visuals and music. By the same token, Omori contains some of the most hauntingly beautiful moments I’ve ever seen in a video game. The entire final act of its good ending falls in this category.

Typically, a game’s final battle is a moment of heroism. If you push through this last obstacle, you will find happiness at the end of your journey. Omori is the exact opposite of this. The fate of the world does not hang in the balance. Yet the enemy in front of you feels utterly insurmountable. The feelings of guilt and despair become so thick they’re palpable. Your sister’s mantra rings in your ears, telling you “everything is going to be okay.” And that’s all you can hang on to, because even if everything in front of you is telling you otherwise, you need to believe that.

The ending of Omori is ambiguous. You aren’t sure if the conclusion is truly happy or not. But at least you know the worst has come to an end. And someday, hopefully, you’ll find happiness once again. You are worthy of that much. 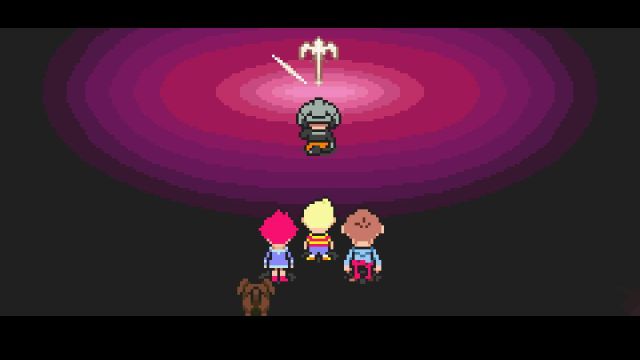 It’s been over a decade since I played Mother 3, and I still think about it a lot. Its final boss fight is one of those celebrated video game moments that is still used as a benchmark in “games are art” conversations. In truth, the other moments on this list exceed Mother 3 with sadder music and bigger pushes at the heart strings. Yet Mother 3 sticks with me because its final battle touches on a deeply personal subject for myself and many others.

The core of Mother 3 is about a family that once knew idyllic peace and happiness. Yet one day, the outside world bore its cruelty into their lives and tore them apart. In Mother 3, you do get revenge against an ultimate villain. Yet there’s no undoing the harm they have inflicted. What you are left with is your broken family, and there is no moving forward without picking up the pieces.

Even with the weight of the world on your shoulders, everything about this encounter is so intimate. This isn’t so much a battle as it is a struggle to contain the chaos so it doesn’t kill you. I, and I imagine countless reading this, know what this feels like in a broken family. In Mother 3, you reach a resolution, but its already too late. There is nothing to do but look to the future, knowing that you did your best to be strong in the face of the worst possible moment in your life.

For those of us whose families were torn apart – for any reason at all – Mother 3 is our game. It does not give an answer to what we’ve been through. But it does give us space to see this trauma through another boy’s lens. In that, we at least know we aren’t alone.