The last time we talked about Final Fantasy XIV: Endwalker, things were looking up. It only crescendoed from there.

Although the creaky foundations of Square Enix’s theme park are starting to show their age, they still managed to weave one hell of a story, and present it in such a mesmerizing manner that it hallows the shaky ground it’s built on. 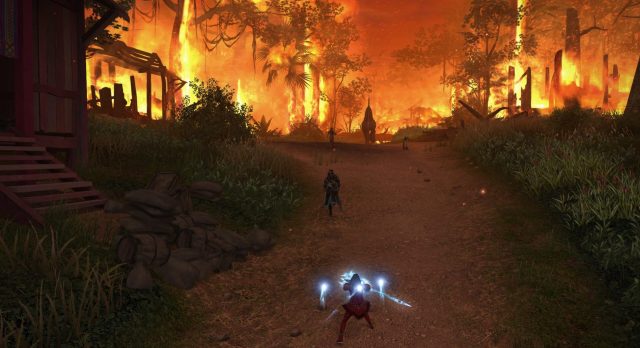 Endwalker has the gargantuan task of living up to everything that came before it from a narrative sense, and build its own cool little world that justifies its $40 price tag.

Amazingly, by and large, it succeeds. There are tons of callbacks to prior characters and events without feeling too cloying or too much like nostalgia-bait. There’s big stakes, but it’s not all serious all the time: there’s plenty of [fun] errand running for little bunny people in-between the universe-level-threat plotting. If I had to describe the tone with one word, it would be “personal.”

You know how in tons of MMOs, even ones that have been going on for years, you’ll have NPCs only show up at specific times when it matters? Sure those moments might be cool, especially in high-Blizzard-budget cutscene form, but Endwalker lets you live your character’s life with a team that matters, that’s been built up for years on end. You aren’t just told how cool Thrall is, your party actually shows up and does things, both on an emotional level and stylistically. You get those cool scenes, but you also get to savor them more.

That’s the lane that Final Fantasy XIV has steered into after all these years. It took a bit, but the development team managed to connect us to these characters and the story at large. Those people who were hooked in Shadowbringers will be invested all the same with Endwalker. The way it builds its lore doesn’t feel cynical; there’s an authenticity to it. It’s often intensely emotional, even down to its introductions of zones. I’m not even going to talk about the last two here, which Square Enix has been careful to not spoil, but suffice to say they’ll probably be pretty mind-blowing for players who have clawed their way up until that point.

You will get extra mileage out of the two new jobs, which are extremely popular based on my time in the game; both in their shoes, and as a tank (I took a Paladin to 90 for this review, fast queues!) looking at them from the outside. Reapers are flashy and functional, zipping around the battlefield with an intense degree of mobility in melee range. They bring a lot of gravitas to fights with utility, and although another DPS class addition is groan-worthy for some, they fit the beautiful aesthetic of XIV to a tee.

Sage is my favored job of the two by far. You want to talk flashy? Sage will blind most jobs on that front. While all healers are trying to do damage in XIV, Sage is able to provide a passive heal through Kardia, allowing it to go crazy and provide a bit more freedom with low-intensity encounters. It’s probably my most-liked of the expansion healers so far, as there’s a fairly high ceiling to achieve and a ton of nuance to learn. One key ingredient is the sheer amount of off-global-cooldowns (OGCDs) it has, allowing the Sage to improvise when needed. At this point, party composition has a staggering amount of variety, something I witnessed when taking on the new EX (extreme/endgame) trials. If things go wrong, Sage can be challenging, but I think there’s a bit of a learning curve there (mixed with some raw output balance changes, perhaps).

The main questline was a joy to progress through from start to finish. It ramps up to be sure, but it begins with urgency. That’s a great spot to be in as an MMO; to have built up a world where you aren’t going to be doing boring fetch quests just to get to the “good stuff.” Really, a ton of the main quest is spent lingering, hanging out, and talking. And it’s refreshing.

One of the mechanics at the forefront of this concept is “following.” Now I’m of two minds with the way this plays out. One aspect is how NPCs literally follow you around from point A to point B, letting you stop along the way at various optional scripted spots, to learn more about the world and their personal situation. While clunky at times (on occasion they’d get stuck somewhere and not follow my avatar, so I’d have to go back and get them), it’s a fun way to introduce an emotional connection to the world.

The other bit is literal “follow/tail” missions, straight out of stealth games like Assassin’s Creed. These aren’t so joyous. Each early zone has roughly one of these, and they’re so finicky, they stop the momentum of the main story quest in its tracks. Relying on line-of-sight in an MMO isn’t a winning formula, and having to restart four minutes of progress because an NPC sort of saw you isn’t ideal.

While we’re on the subject of things that bring Endwalker down a bit, there is something worth mentioning: that aforementioned theme park feel. Dungeons still follow a linear formula, to the point where they’re on rails. Bosses continue to either innovate or gather up proven mechanics, and there are going to be a few audible “whoa” moments from people. But again, they’re extremely traditional, and after running the dungeon roulette for endgame currency (which is also still a thing), that might garner diminishing returns.

And I’d be remiss if I didn’t mention the queue situation. We knew this would happen, but maybe not at this level. People aren’t just waiting in queues, they’re being kicked from them. Square Enix has provided an admirable response, and things can’t be easy to manage in this current climate. As someone who plays games full time, I can work my schedule around queues, and hop on after peak times and play whenever I need to. In fact, I played so much that I reached the level cap and completed the main story, collected every Aether Current in the game, did a ton of sidequests, finished all the endgame dungeons, and even saw all of both EX trial fights. I’ve effectively seen all that version 6.0 has to offer from a content perspective. But not everyone has that luxury. Keep that in mind if you plan on jumping on in the near future, as I’m still experiencing lengthy queues on Omega at the time of publication.

Yet, despite all this, I found myself balancing out these lows with the natural highs of Final Fantasy XIV. This game is still just plain old good. With years of quality-of-life upgrades under its belt, I was using things I never even really took advantage of in the past; little menu shortcuts and extras that I ignored or just didn’t have time to explore yet. 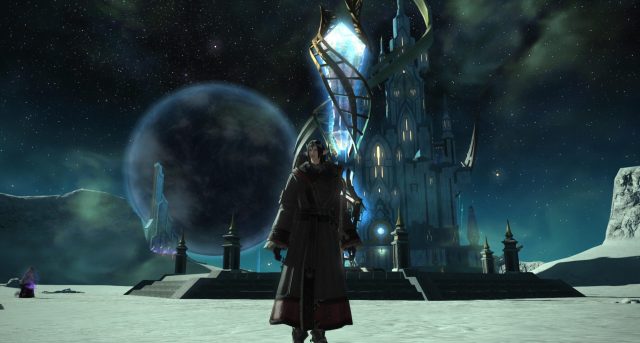 Gathering has been updated with 6.0. We’re getting a new housing district soon with 6.1. Several old jobs have been reworked and have new abilities that fundamentally alter the rotations we’ve been using since Shadowbringers. Player housing got some cosmetic items that my Free Company (guild) and friends have been going to town with. After some EX runs, I took a break and went back to the Gold Saucer and hung out with people. I jumped back into the roulette system (random dungeons or trials) and had a blast replaying eight years of design work. With an MMO, you often take the bad with the good, and there’s so much of the latter with FFXIV.

As usual, Final Fantasy XIV: Endwalker is worth playing through in full if you’re into the story. I still hope that one day — I’m talking a decade-plus from now — Square Enix preserves this tale by any means necessary, even with a single-player rework. It’s timeless, and exceeds the quality of many other mainline games in the series. Whether you stick around for the theme park rides afterward is entirely up to you. The rides I’m going on still have some life left in them.

[This review is based on a retail build of the game provided by the publisher. The main story was completed with a level 90 Paladin, and Reaper/Sage were tested. All Aether Currents were collected in every new area, and the two current EX trials and endgame dungeons were experienced.]