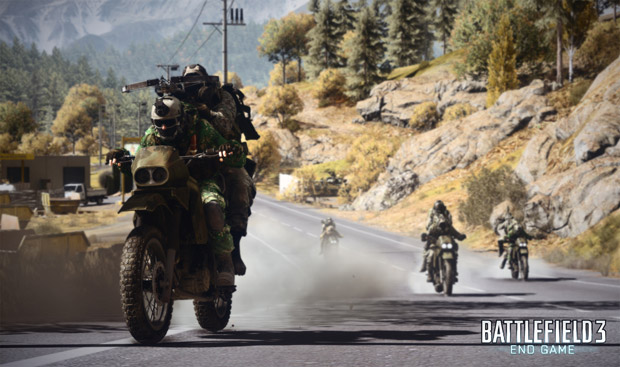 With the latest Battlefield 3 expansion pack dropping next month, DICE has a few screenshots to tide us over in the meantime. End Game, as you’ll probably remember, is the one that introduces the Capture the Flag and Air Superiority modes, four additional maps, and new vehicles including the dirt bike. In other words, it’s the add-on that sounds great.

These screenshots, while pretty, don’t really drive that point home as well as footage of End Game does. Be sure to catch the trailer, either at the link above or through our embed, if you haven’t done so already. This DLC looks appears to be pure chaos, the likes of which I could easily see myself playing late into the night.