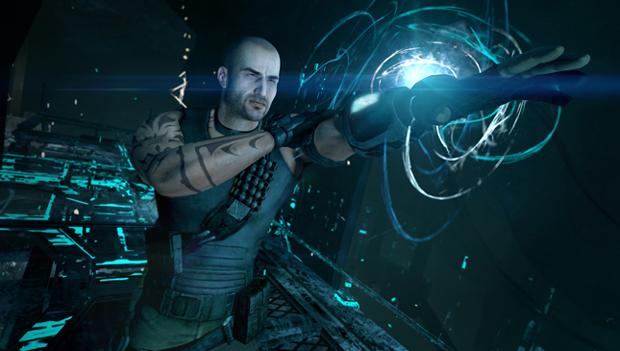 THQ has confirmed its fiscal 2012 line-up and here’s the bad news: Red Faction: Armageddon, originally scheduled to ship in March of 2011, will now see a May 2011 release. No word on the reason for the delay, but more time in the cooker for any game should (presumably) yield a more solid product.

The good news is that THQ has announced an all new title in its MX vs. ATV series, MX vs. ATV Alive, scheduled for a Spring 2011 release. It will be followed by a Summer 2011 release for Warhammer 40,000: Space Marines, Fall 2011 releases for the upcoming Saint’s Row 3 and a new WWE title, and and Winter 2012 will see an all new UFC game. The upcoming Devil’s Third by Tomonobu Itagaki’s Valhalla Game Studios is scheduled for a March 31, 2013 release, so sit tight on that one.

THQ also decided to unveil a number of other titles, including The Biggest Loser Ultimate Workout for Kinect for Xbox 360, as well as UFC Fitness Trainer (working title) for Kinect and PlayStation Move. Saints Row 3 and de Blob 2: The Underground will also be making their way to Nintendo’s 3DS.